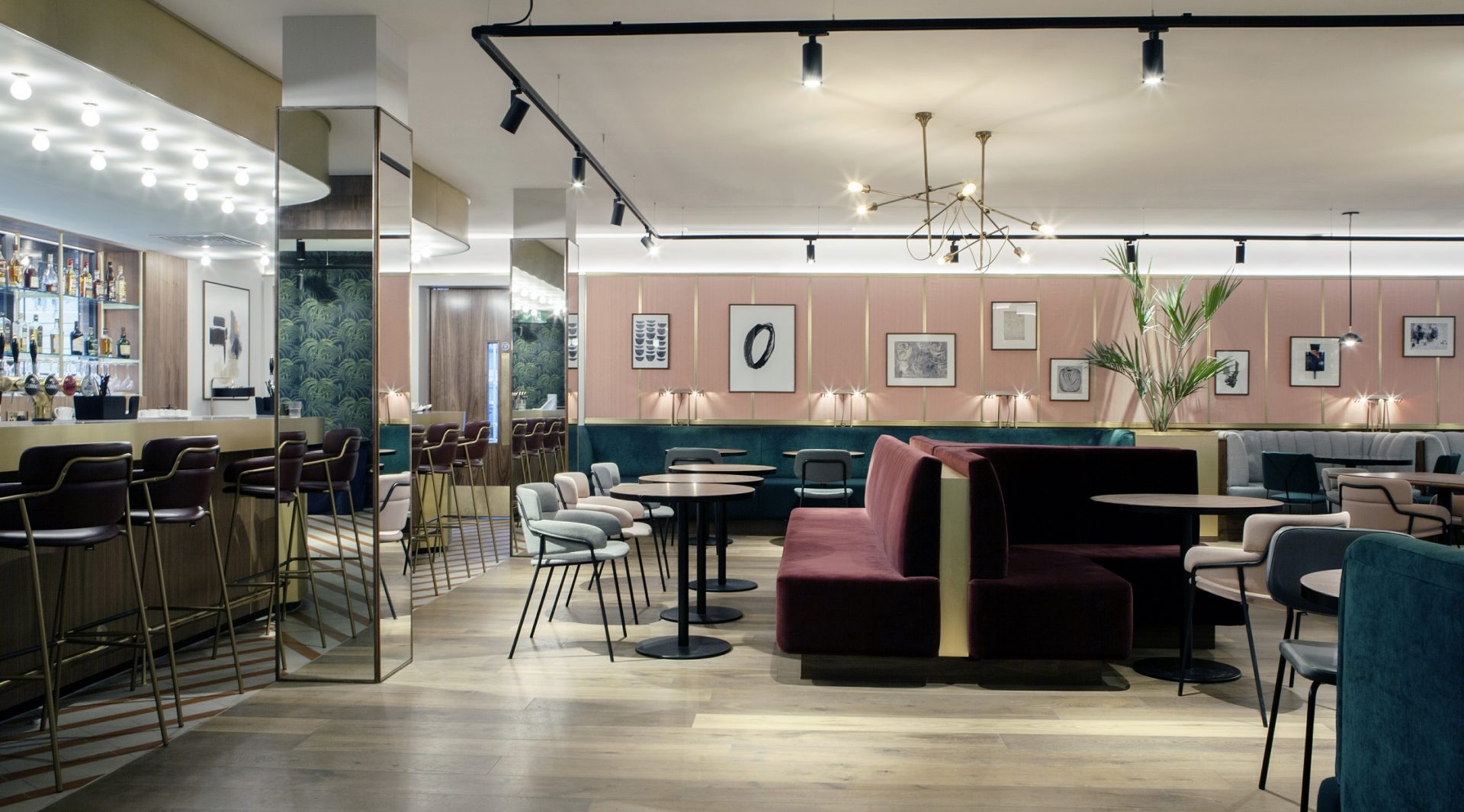 design et al are delighted to announce that 21 Spaces have been shortlisted for Hotel Under 200 Rooms – Europe Award in The International Hotel and Property Awards 2018.

The Alex Hotel is part of 21Spaces ongoing work with the O’Callaghan Hotel Group. It is a 105-bedroom city centre boutique hotel that underwent a complete rebrand and refurbishment, with a completion date of October 2017. The scheme includes six floors of guest rooms, 6 suites, an executive lounge, conference suites, a screening room, a coffee shop and bar/restaurant.

21 Spaces brief was to design a hotel which, although surrounded by sister hotels, would have a strong individual identity and would cater as a city center destination for both visitors and residents alike. They were tasked with defining what this identity would become, and simultaneously accommodate for a demographic shift which, due to the arrival of large multinational companies, is happening throughout Dublin city at the moment. The arrival of these companies, and the continued growth of the capital city, has resulted in a shift in typical hotel behaviour and expectations. The traditional get-away-from-it-all break is fast becoming the stay-connected-to-everything trip, with travellers expecting hotels to provide smart technology, charging points and free internet access. 21 Spaces design had to account for these requirements whilst providing greater flexibility across spaces to dine and work from.

It was identified, when developing the brief, that the new Alex Hotel was to create an environment which made a positive contribution to its physical location, and enlivened the senses of those who experience it. They saw opportunity to craft a sense of community in this pocket of the city, and establish an energetic, creative hub for visitors and neighbours alike. The key aspect of the design is the level of flexibility it provides to the end user. Its design has resulted in all day hospitality destination in the heart of an-evolving city precinct in the heart of Dublin City. It sets a benchmark for a new generation of visitors who want to both work and dine flexibly across a wide range of settings within this area. The hotel has successfully established a dialogue with the cultural and aesthetic history of its city centre location to deliver an artful space that is both intriguing and inviting.

The design works so well because it has responded so accurately to the demands of its location. It has created a much needed node in this pocket of the city, and has acknowledged the requirements of both travellers and the surrounding community alike. The Alex represents a hotel that connects people with their location, and combines their personality with the character of the immediate environment. The core focus of the design was towards improving its wider environment. It was designed around crafting a communal node in this pocket of the city and meeting the demand for increased working and dining experiences for workers nearby. It presents an aesthetic that is sympathetic to the heritage of its locality. Its overall identity is generated through a combination of design cues from both local 1950s architecture and the Dublin tramlines which used line the nearby streets over 100 years ago.