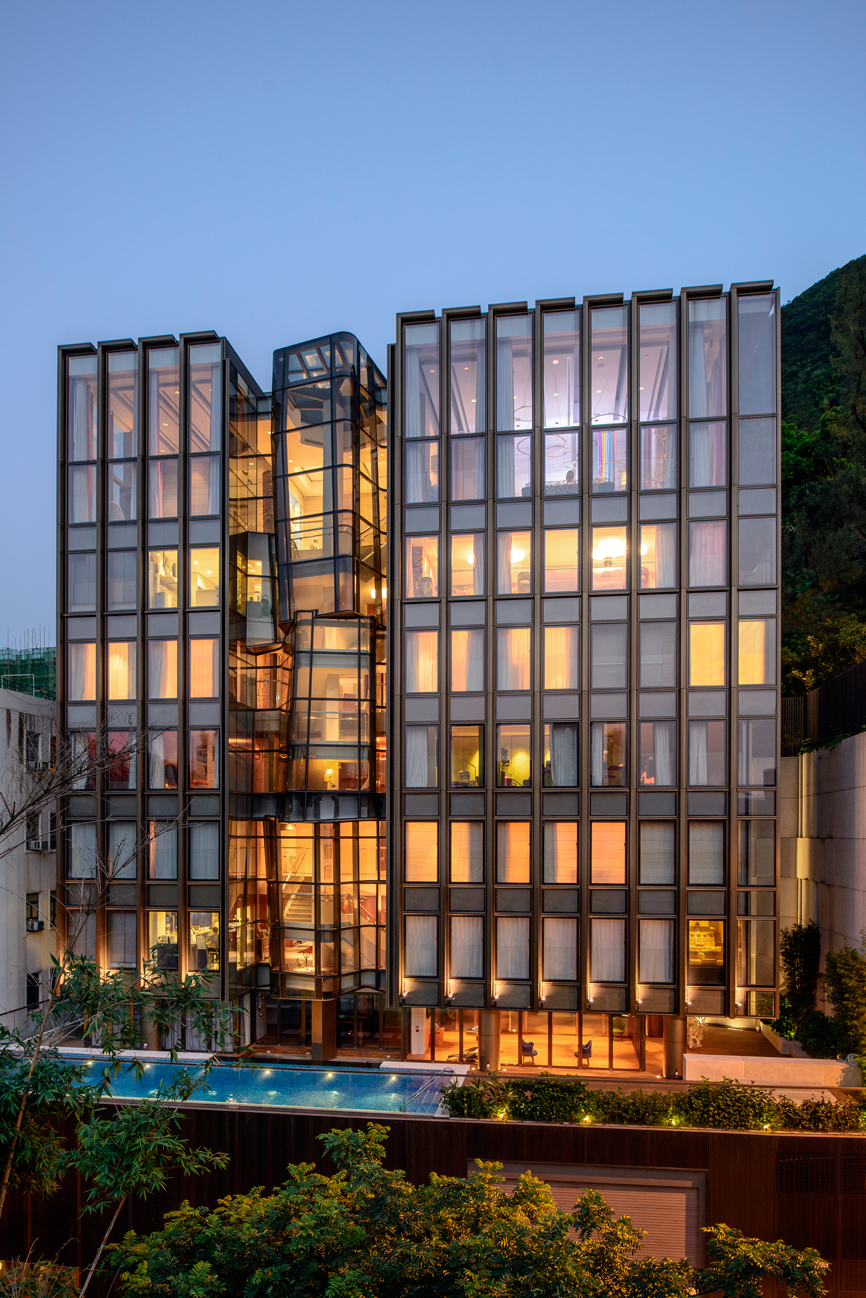 Congratulations to Aedas, winner of the Residential £15 Million Plus (Property Value) Award in The International Design & Architecture Awards 2014

The project is a private residence that reflects the family’s values and passion for modern art, as well as vividly portraying the beauty of a waterfall pouring down from a rocky cliff. The architect was particularly drawn to an early image that shows a waterfall pouring down from a rocky cliff. It was a powerful image and applies to the landscape where the project is located. This idea became a driver of the design concept which ensured the design is only created for this specific site.

It was very important in the eyes of the architect to create a building of dignity that reveals the passion for contemporary art which the owners wish to express. Taking inspiration from the ‘barren rock’, the facade is regimentally controlled in uniform lines and 1.5-metre modules, except for the main staircase that punctuates this defined order. Inspired by the beauty of a waterfall flowing down from the barren rock, the designer intended to portray the fluidity of water by creating a special staircase. The resulting design resembles three stacking ice cubes, giving the building a strong architectural statement that represents the family’s interest in art and design as an integral part of their lifestyle. The design blends well into the surrounding and yet stands out in the immediate environment as an iconic building.