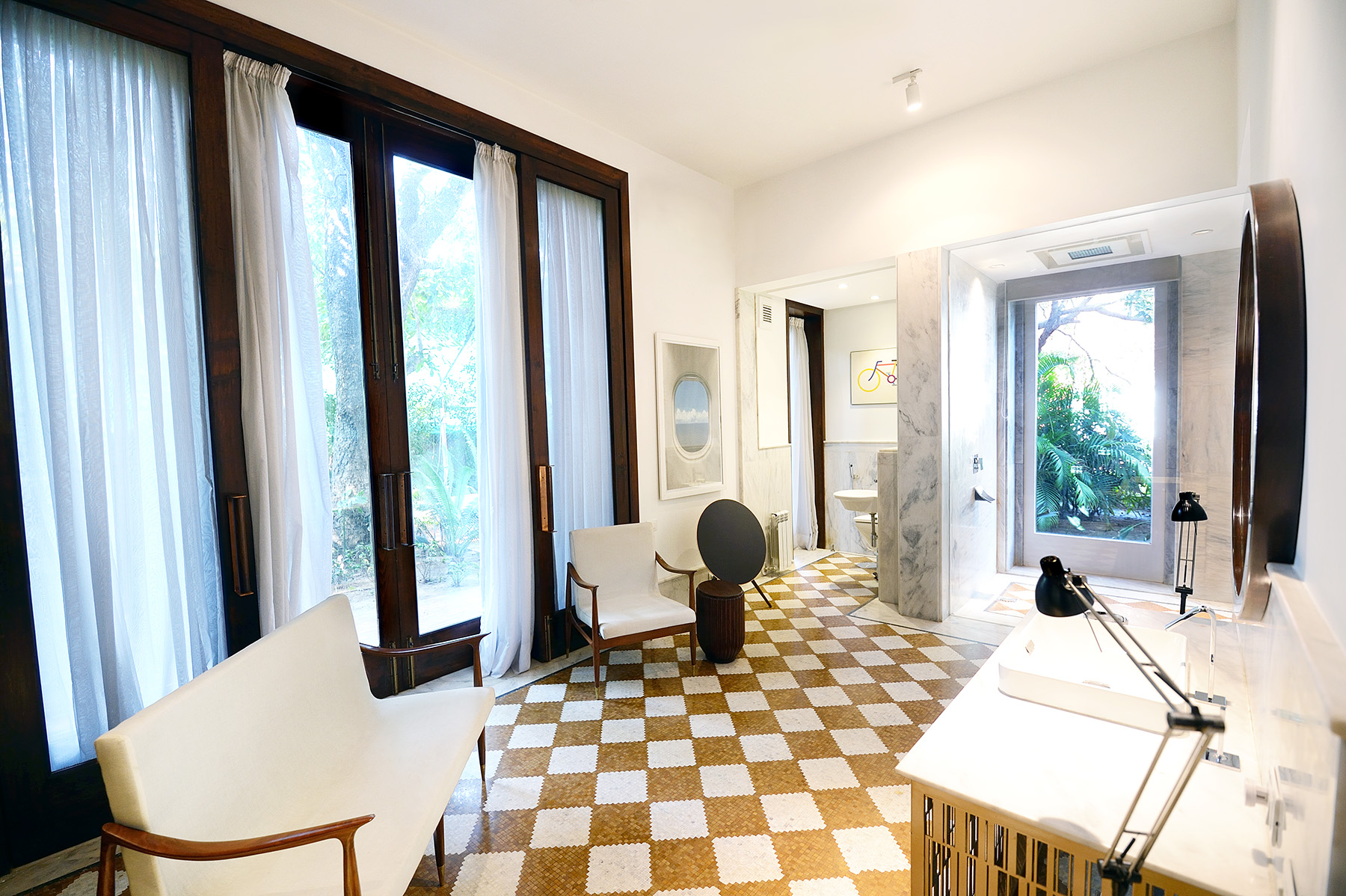 design et al are delighted to announce that AEDL have been shortlisted for Bathroom Award within The International Design and Architecture Awards 2017.

The design of this bathroom is a reflection of AEDL’s design philosophy as an elegant and functional space. Featuring 12′ high ceilings and 11′ tall windows, the bathroom is defined by its verticality. The windows bring in light and connect the space to a lush garden with an old Cheeku tree, that defines both the interior and the garden.

Composed as sequence of folded spaces, a marble mosaic floor unifies three zones; a shower, a water closet and a dressing area. A freestanding screen is the first element that meets the eye upon arrival and creates an anchor for a vanity on the opposite side. The partition also creates a divergence of movement in the room towards the shower or the wardrobe. The water closet is arranged as an alcove behind the shower, with a large window opening onto a private garden outside. The freestanding wall also creates a Rosewood floor passage that connects to the bedroom with its wooden floor outside.

The space is further defined by large slabs of book grained Balochi white marble and contrasted with dark Deodar wood, which is used for the bespoke wardrobe and windows. Copper and rosewood handles have been used on the casements and Kohler bathroom fittings complete the bathroom. The use of the white marble, combined with the bold flooring brings certain airiness to the space to create a grand atmosphere.

The designer’s favourite aspect is said to be the mosaic marble floor made by local stone carvers. The use of space neatly bifurcating different zones of the bathroom with each space with large openings to a private garden. The placement of apertures in the design scheme allows for views on three sides, making tactical use of existing vegetation and new landscaping designed to curtain the bathroom’s interior whilst also allowing for a transition of both the interior and the garden into each other.