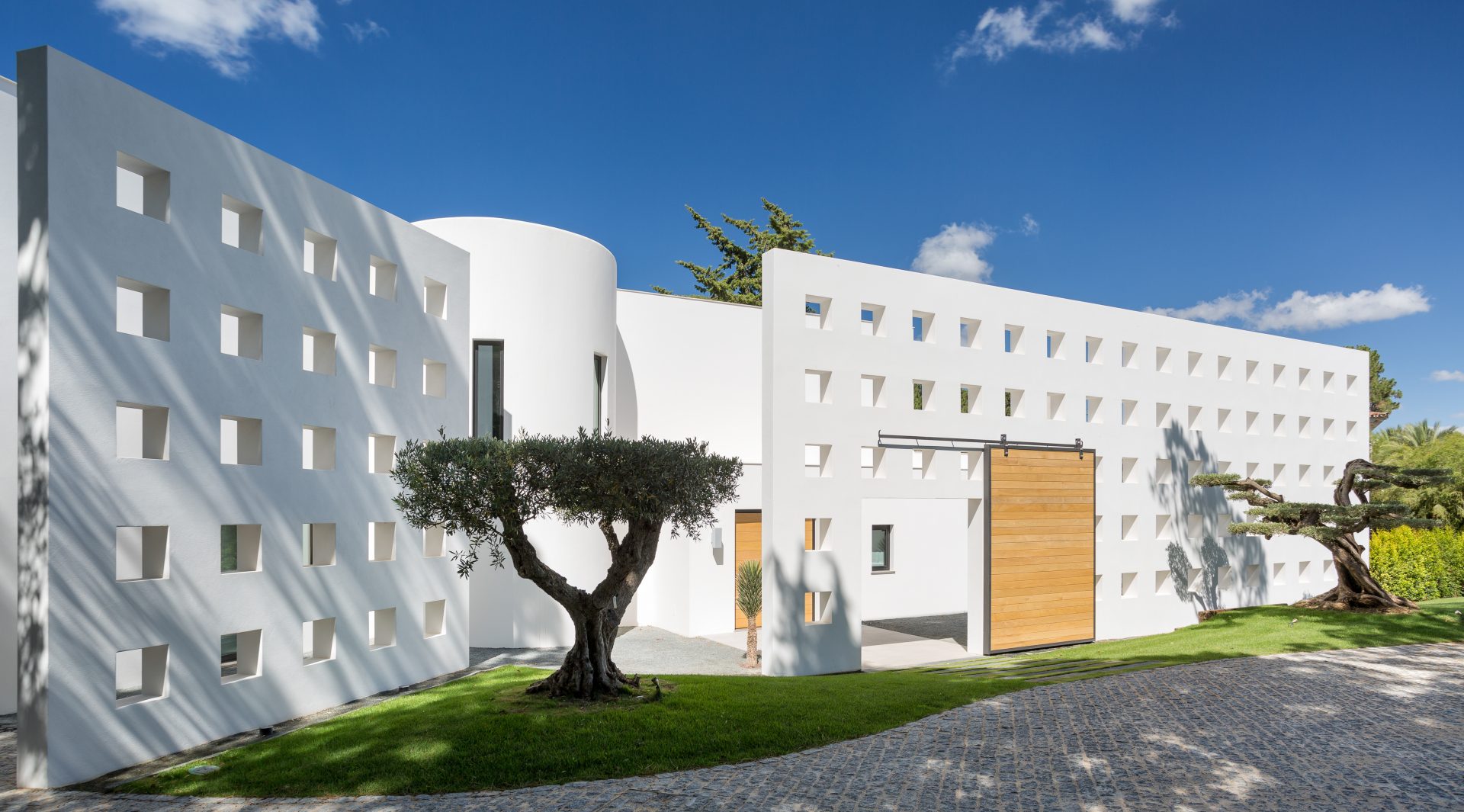 The challenge for Algarve Architecture was to substantially upgrade a 40-year-old house with no architectural merit (previously described disparagingly as a ‘flintstone’ house), albeit on a very attractive site, on a relatively limited budget.

The first major decision was to build a huge freestanding wall from the existing front elevation of the house, with a large central sliding wooden door. This bold architectural statement achieved four things: firstly, it produced privacy for the entrance of the house. Secondly, it gave a sense of presence and style to the house, previously lacking. Thirdly, it visually brought the house forward and therefore closer to the center of the site. And lastly, the double height wooden door, leading through a new desert garden to the main door of the house, produced a sense of arrival.

The next major architectural decision was to build a huge curved sweeping concrete pergola, stretching around the whole of the rear elevation. This not only produced drama from the previously insipid elevation but also formed a huge outside shaded eating and lounging area, an absolute necessity in the Southern Mediterranean climate. Furthermore, it is this area which produces a connection between the house and the third major area of work, 25-meter overflowing swimming pool. Decorated in dark grey tiles, this dramatic element is the focal point of the rear garden.

Internally, polished concrete is used to produce a homogenous flow throughout the interconnecting spaces. The rooms are interspersed with interesting disparate materials, such as rusting iron, rough slabs of timber, traditional Portuguese tiles and burnt wood finishes, providing a changing and surprising colourful experience when progressing from room to room.