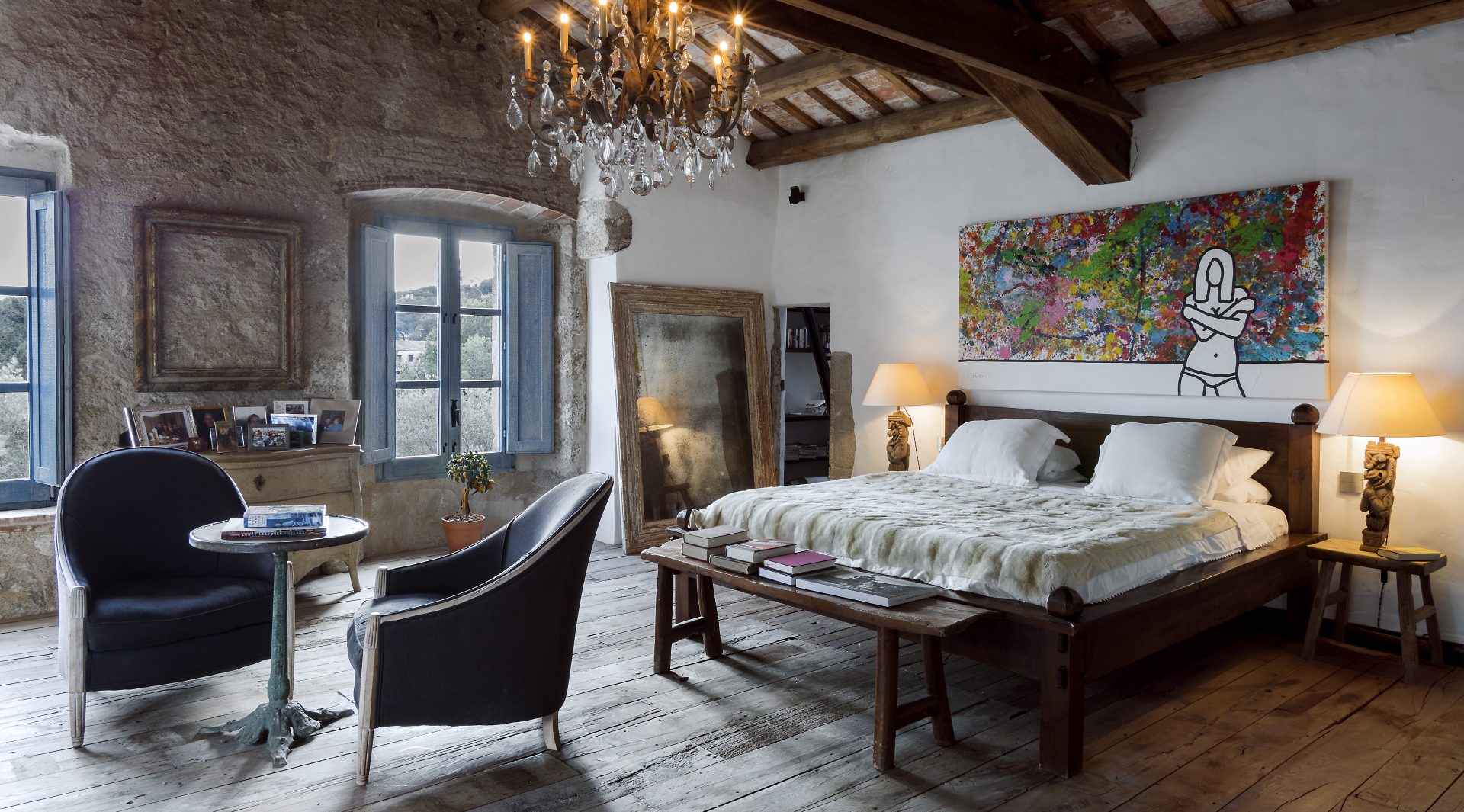 This project involved 16th century watchtowers with a 17th century building which was fully restored to its former glory. This 17th century Catalan Farmhouse had gone through various restorations since its existence and the brief given to Ana Engelhorn Interior Design was to bring it back to its origins. The building was taken back to its bare bones and fully restored, the flooring, ceiling and plastering were removed from the walls to reveal its natural state.

18th Century flooring was imported from the UK for suitability and the rooms were made larger for the clients: the family living in the property only required 3 bedrooms which meant that the upstairs was for the parents only, giving them the opportunity to make an open plan bathroom with a lot of space. The ceiling tiles used were also antique and authentic, wherever you look you are surrounded by natural building materials.

Any design that foes back to its roots should work well and here it really did. By opening up the rooms and taking away the fake ceilings, an air of calm and serenity has been brought back to the house. There were many artisan skills required for this project who specialised in these types of buildings. Ana Engelhorn Interior Design have stated that it was a slow and arduous process to bring the house back to its origins, after being built over so many times, but the final outcome was ultimately rewarding.

The Catalan countryside and the Costa Brava coastline itself are dramatic, wild and beautiful. The farmhouse benefits from a view to the sea and is surrounded by trees. With its natural stone walls and its restoration back to its former glory, it blends in effortlessly.