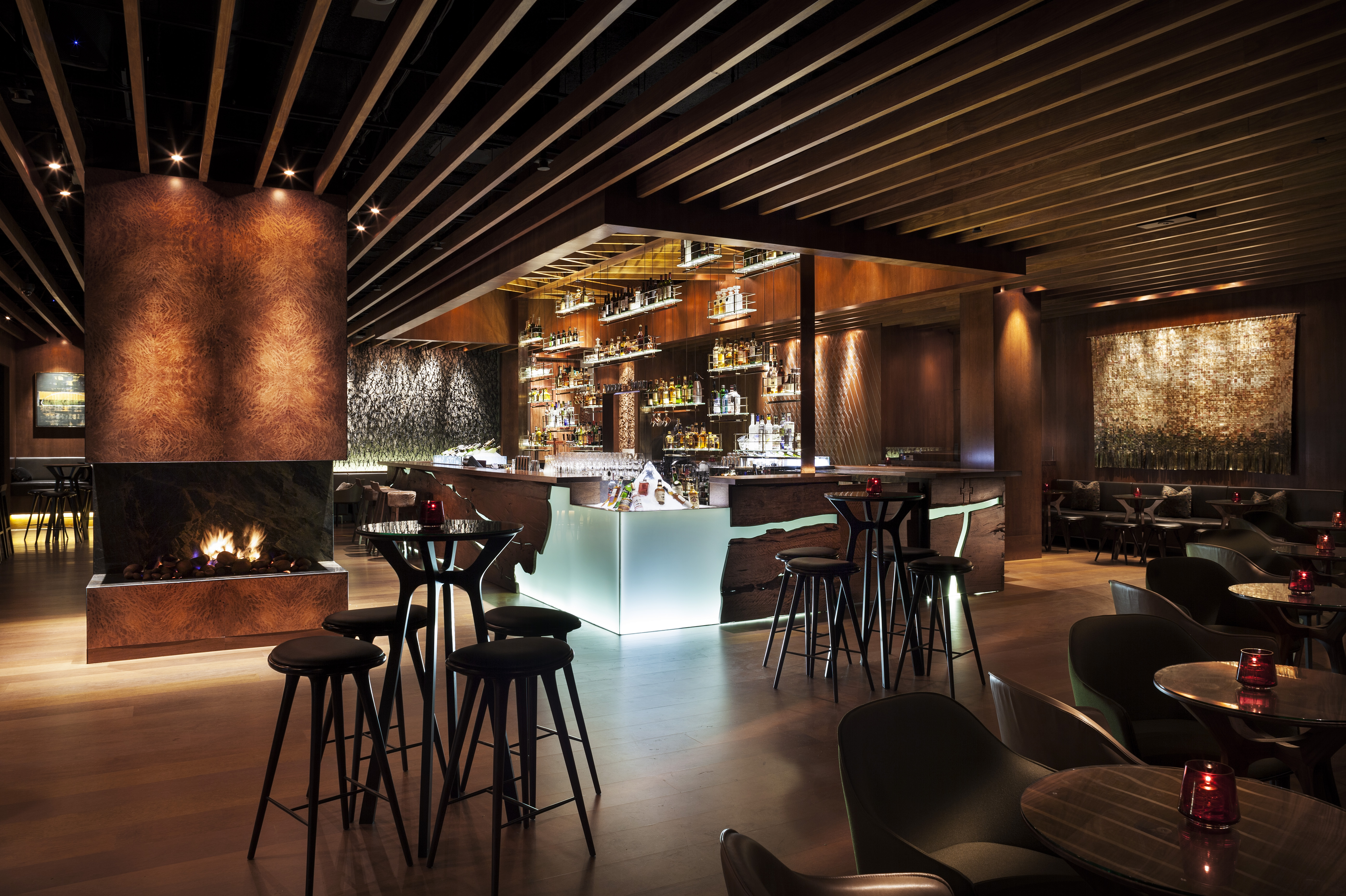 Grain, the new bar at the Four Seasons, Sydney submitted by Dreamtime Australia Design has made the International Hotel & Property Awards shortlist in the Bar / Club / Lounge category.  Grain offers a totally “un-hotel” concept and design style to encourage local patrons, traditionally reticent to patronise a hotel F&B Outlet, to embrace the new bar while also attempting to lure in-house patrons, usually the first to ask the Concierge for the best local “hot tips”.

Grain has been designed as a unique “artisan” bar, a blend of both artisan design and artisan operation. “Artisan” in design blending a variety of commissioned artist finishes and features in timber and other medium and “artisan” in operation with talented bartenders – “mixologists” crafting equally unique in-house made infused alcohols and cocktails that will set Grain apart from its’ competitors. The name “Grain” was selected to reflect this – “Grains used in alcohol distillation (i.e. grain alcohol” “Woodgrain”, etc.)

The bar will also feature “non-hotel” food from one of Sydney’s up and coming acclaimed chefs at a surprisingly affordable, non-hotel price-point, the combination of which has the potential to also attract patrons who enjoy the “buzz” and the “see and be seen”.

Grain features a blend of highly creative features bordering on the theatrical – yet at the same time elegant, warm and comfortable with a creativity-focused interior with the following highlights:  – The overall ambience, drawing on the “grain” theme, will feature a number of beautifully creative uses of timber, namely:

The walls are clad in American Cherry wood, adding a subtle shade of red to compliment the use of warm,  vibrant copper throughout the bar.  One wall features a fascinating back-lit section of laser-cut perforations behind the American Cherry veneer front in a stylised “delta” pattern which glows softly from within, bringing out the natural red of the cherry wood.

Another timber wall features a beautiful inlay of antique copper metal in the Cherry veneer from specialist Sydney firm Axolotl.

Featured at both Lobby and George Street entrances are custom designed and made oversized timber entry  doors featuring a patchwork of differing Australian hardwoods, also hand-made by Athol Wright of Country Design.