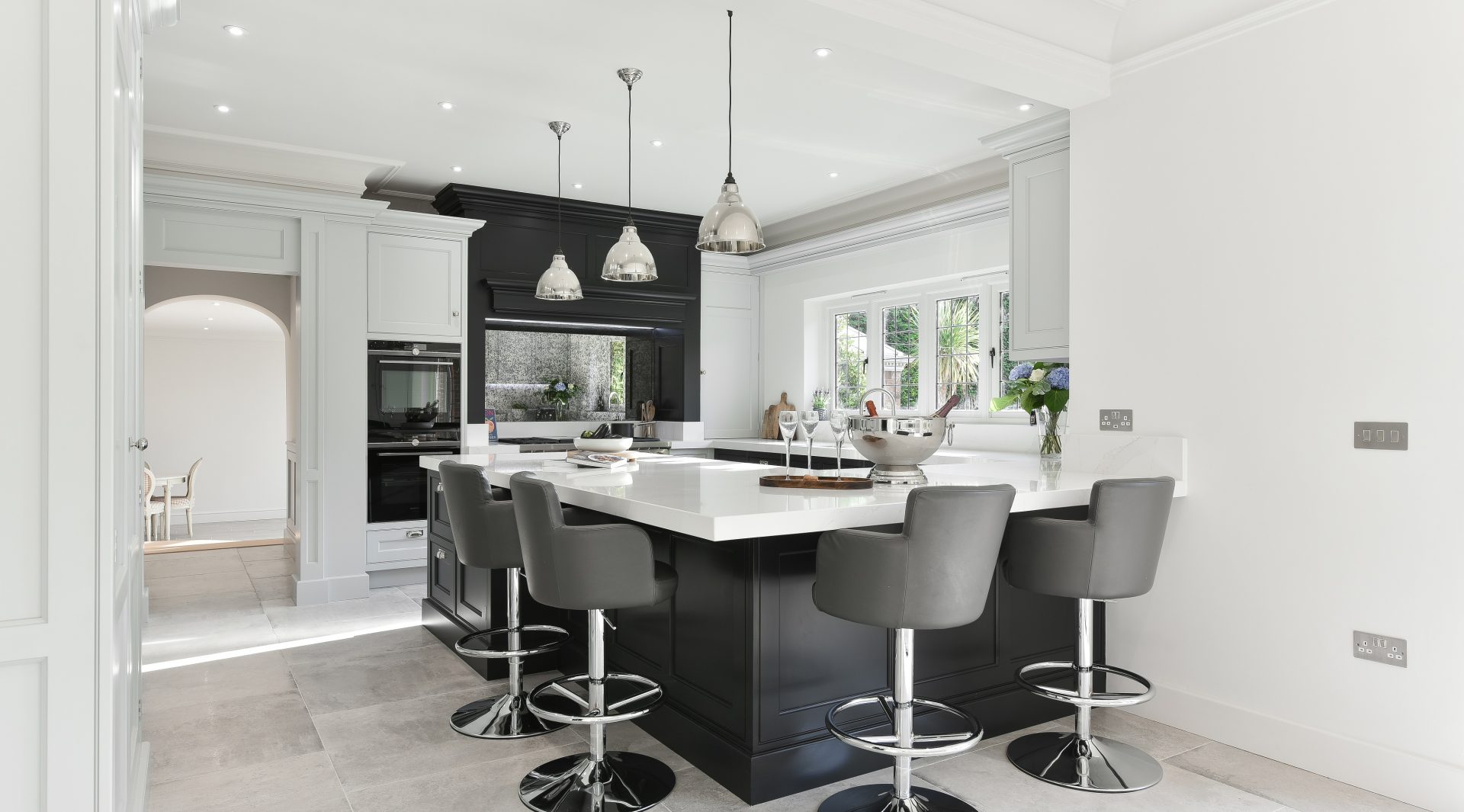 Congratulations to Ashley Jay Kitchens who have been shortlisted for Kitchen Over £100,000 Award in The International Design and Architecture Awards 2019

design et al are delighted to announce that Ashley Jay Kitchens has been shortlisted for Kitchen Over £100,000 in The International Design & Architecture Awards 2019.

A modern take on a traditional in-frame shaker kitchen, where cabinetry and matching bespoke panelling is used to unify a previously disjointed room. The key brief from the client was to brighten and create a kitchen worthy of the rest of the house. The client had moved into a beautiful property, but the kitchen they inherited was gloomy with old-fashioned dark oak cabinetry; it was in their own words, ordinary.

The family loves to cook and wanted a multi-purpose family room where people could sit on stools without interfering with the practical working spaces of the room. It was also crucial that the kitchen incorporated a separate TV/sofa area and created a new connectedness with the nearby conservatory (reached by a wide corridor space).

The bespoke canopy created a real focal point around the prestigious Wolf range cooker, which along with the additional oven stack provided the extra cooking capacity the client wanted.

As well as following the client’s style choices in our selection of in-frame cabinetry with an original door profile and beaded frame, the team paired this with matching panelling which was key to this design. The use of panelling and of architectural doors which matched the cabinetry enabled Ashley Jay Kitchens to create a unity which was previously missing from the room; the kitchen wrapping around the whole space rather than being punctured by multiple access points.

Finally, the peninsular layout enabled the client to have the separation they wanted between cooking and entertaining, keeping the young children on their stools out of the way of the dinner prep. This layout also increased the worktop surface area which was another crucial request from the client, and it enabled us to make the most of the stunning built-up 60mm thick Silestone Calacatta Gold worktop.