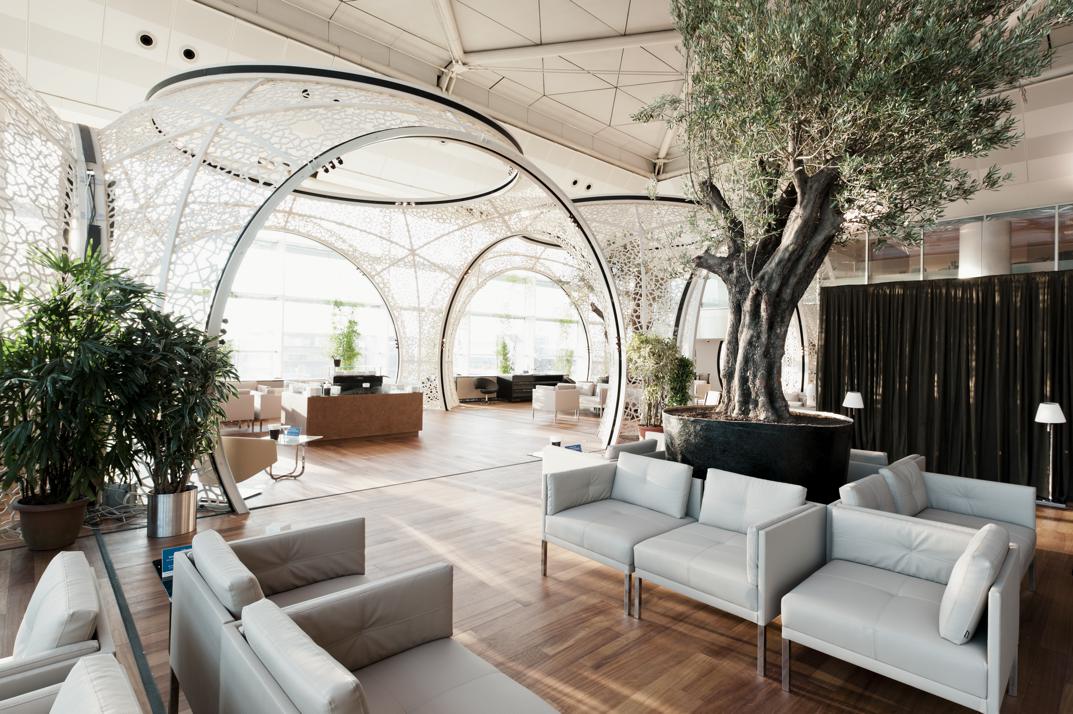 Shortlisted: Autoban in the International Yacht and Aviation Awards 2014

Autoban have recently been shortlisted in the International Yacht and Aviation Awards 2014 with their Turkish Airlines CIP Lounge project entering the Airline Lounge category.

Turkish Airlines is Turkey’s national airline and their CIP lounge serves a daily capacity of two thousand plus people. The brief for the new CIP Lounge project was “to offer Turkish hospitality at its highest in a relaxing and contemporary atmosphere.”

To create a “Contemporary Turkey Experience”, Autoban returned to the concept of “Kervansaray” – traditional roadside inns where travellers rest and recover from their journey. Designers also revisited the iconic domes of Istanbul’s mosques, mostly works of Sinan the Great (Ottoman architect), and the unique architecture of the Grand Bazaar.

While making use of the traditional arcade system of for a contemporary purpose, Autoban developed a series of bubble-like portals creating a second shell within the existing shell of the airport. This substructure brings the gigantic proportions of the airport to a more human scale and adds warmth to the space. In some areas of the lounge, round openings in the architectural substructure reveal the larger airport’s ceiling.

Seventeen foot high spherical pods divide the space into sections while maintaining open views of the rest of the lounge. Each pod has a specific purpose such as library, restaurant, tea garden, screening room, kids playground, and they are organised in order of passenger priorities.

The interconnected portals allow passengers to wander between pods, inviting their natural curiosity. Black channels framing the modules have been developed to hide all the mechanical and electrical systems while at the same time bringing visual balance to the all-white backdrop the archways provide.

The designers favourite aspect of the project are the interconnecting portals that create a series of spaces within the overall given space. This is one Autoban’s key strengths as a design firm, playing with scale and proportions in large facilities such as an airport. The portals arouse curiosity – a sense of discovery, and a homely feel with their scale and warm interiors.