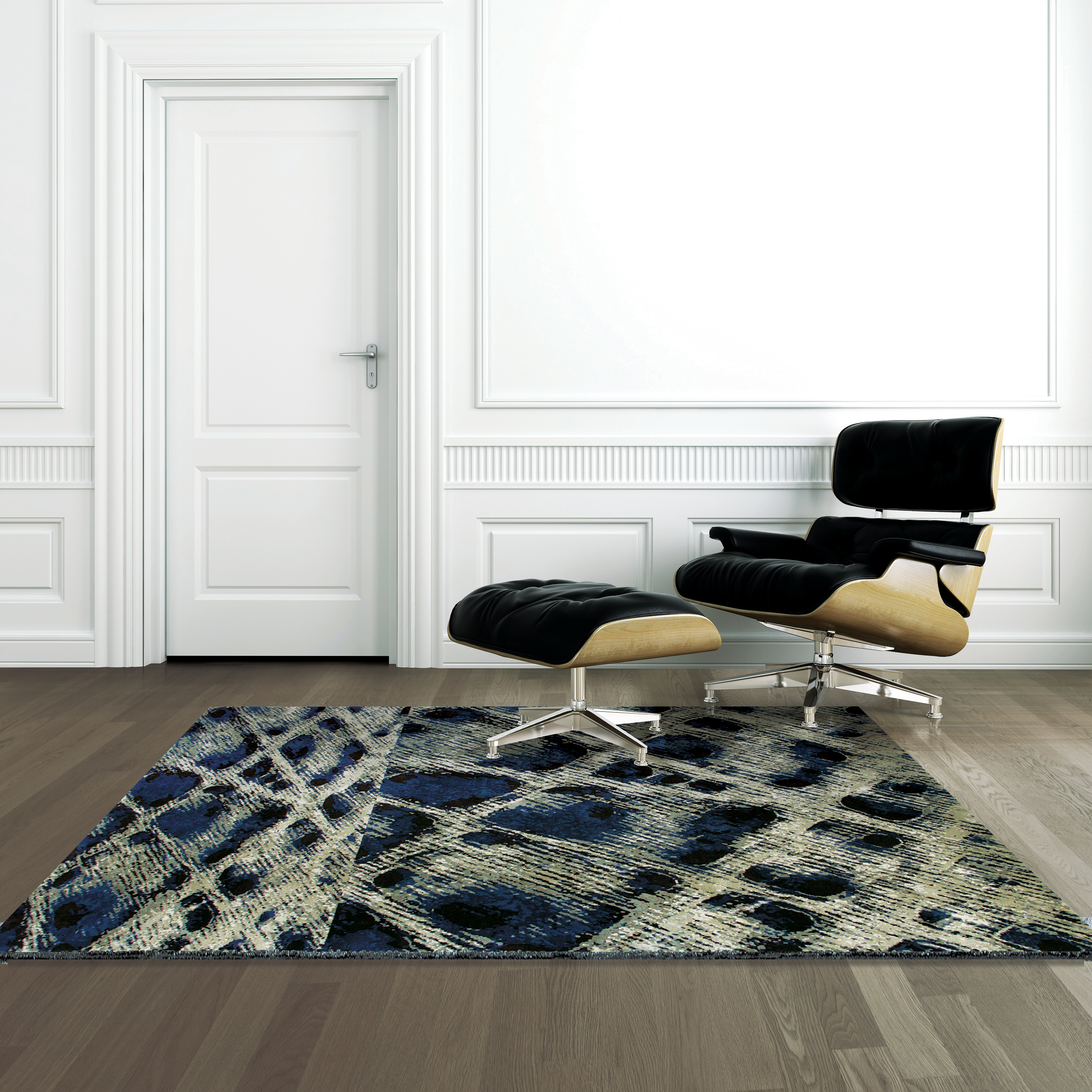 AYKA Design Are Shortlisted In The International Product Design Awards 2014

South America has been the inspiration for this collection reflecting the most amazing landscapes and colours. Visually stimulated by the richness of the patterns formed by the tropical forest, sunsets and thunderstorms.

As a designer, Michelle’s approach behind the design of each individual rug is its story. It inspires her to be bold and not to be afraid of current trends. This strength creates the soul in each rug which is far beyond one single element of the designer’s journey. The design is interpreted from a different perspective, as it is not just a rug, it is art itself. The rugs journeys starts from an inspiration to paper to colour to the loom and finally, to the many hands that will patiently create it slowly and meticulously over the ensuing months.

The rug is no longer a floor covering but a piece of Art.

An abstract texture is enlarged then cut, adding the same design but in a smaller scale to one side of the rug. This creates a boarder which visually breaks the overall design but also emphases a new sense of direction. The boarder creates a strong graphic band bringing the form of nature to a bold modern pattern.

The rug is woven in the Tibetian knot with a mixture of wool and handspun silk yarns which adds a three dimension accent and life to the design when the light descends upon the silk threads. Slight carving is added to the darker areas allowing the forms to float allowing the structures and textures to come alive again in the design.