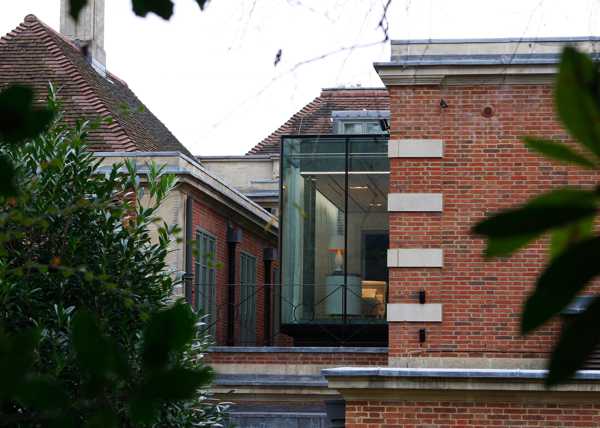 Bernard Stilwell Architects: Shortlisted for the Architectural Glasshouse over £150,000 Award

Bernard Stilwell Architects have been shortlisted for the ID&A Awards 2014, with their stunning project competing for the Architectural Glasshouse over £150,000 Award.

“A museum standard showcase for the display and preservation of a world class collection of haute couture garments.”

Haute couture, French for “high sewing” or “high dressmaking” or “high fashion” refers to the creation of exclusive custom-fitted clothing. Haute couture is made to order for a specific customer, and it is usually made from precious high-quality material, and constructed with extreme attention to detail and finished by the most experienced and capable artists, often using craft-based, hand-executed techniques. “Couture” means dressmaking, sewing, or needlework. “Haute” means elegant or high. A haute couture garment is made specifically for the wearer’s measurements and body stance.

One of our clients has been involved in the fashion industry for many years, and has become an aficionado of style – building up an extensive collection of haute couture dresses. These are one-off pieces by leading international designers including Christian Lacroix, Ricardo Tissi and Karl Lagerfeld, as worn on the catwalks of Milan and Paris.

This special collection of artworks called for a one-off piece of architecture in which to enjoy them. We designed The Dress Box in the spirit of haute couture. High-quality, custom-fitted; a discrete contemporary insertion onto the rooftop of the client’s existing home.

The box had to be made to fit, both functionally, and in relation to the character of its setting. This involved research into many surfaces. On the interior, the greatest challenge was the ceiling – both in surface material, and the incorporation of bespoke electronics and moving parts. To enable the dresses to be best viewed, they needed to be drawn out from their positions, into the centre of the room. This would involve sliding clothes rails, suspended on tracks. Materials for the ceiling surface had to be carefully researched – these panels would be suspended between the sliding rails, and had to have a very high quality finish, particularly on the edges, to produce a grid of neatly defined gaps, between which the rails would slide. As well as this, the material had to accommodate recessed spotlights and speakers, and suspended in a way that would allow the panels to be easily removed, to allow access to the track mechanism above.

The solution: The bespoke clothes rail arrangement was based on a sliding glass door mechanism. The glass ‘door’ in effect was cut short, to create a suspended glass ‘fin’ onto which a polished stainless steel pole was attached below it. The fin supplied the rigidity needed to stop the pole swaying as it moved across the ceiling. Glowing LED light sheet was sandwiched between the glass, to provide additional accent lighting to the dresses – activating automatically on movement.

As mechanical ventilation was a prerequisite, we set out to minimise the energy this might consume. Until recently, the ‘air conditioned glass box’ concept could be seen as an ecologically thoughtless aspect of Miesian modernism. However recent advances in glass technology have made it more environmentally acceptable. By specifying cutting-edge triple-glazed panels, with UV filters to reduce solar gain, the amount of energy consumed in heating and cooling is minimised. The super-insulated glazing maintains the pieces at their ideal environment, and builds up a visual dialogue with the surrounding brickwork enclosure.

Both columns and fascia are clad in polished stainless steel. This mirror-finished surface was used alongside the reflective properties of the glass, as part of a surface strategy for making the architecture appear ethereal, against the stately brickwork that surrounds it.

The architecture changes character depending on weather, and time of day. In bright sunlight, the minimal glass form reflects light like a mirror, seemingly disappearing, leaving only the surrounding elements – visions of the sky, brickwork, and trees. At night the interior becomes visible through the glass, with the Jesmonite ceiling illuminated by a dynamic pattern of luminous lightsheet fins. The effect is that of a glowing jewel – with light filtered through a translucent curtain.

The resulting architecture is both technically suitable for the important artworks, and also a valuable addition to the home – a space that is pleasant to be in, and relates visually to its context and environment.