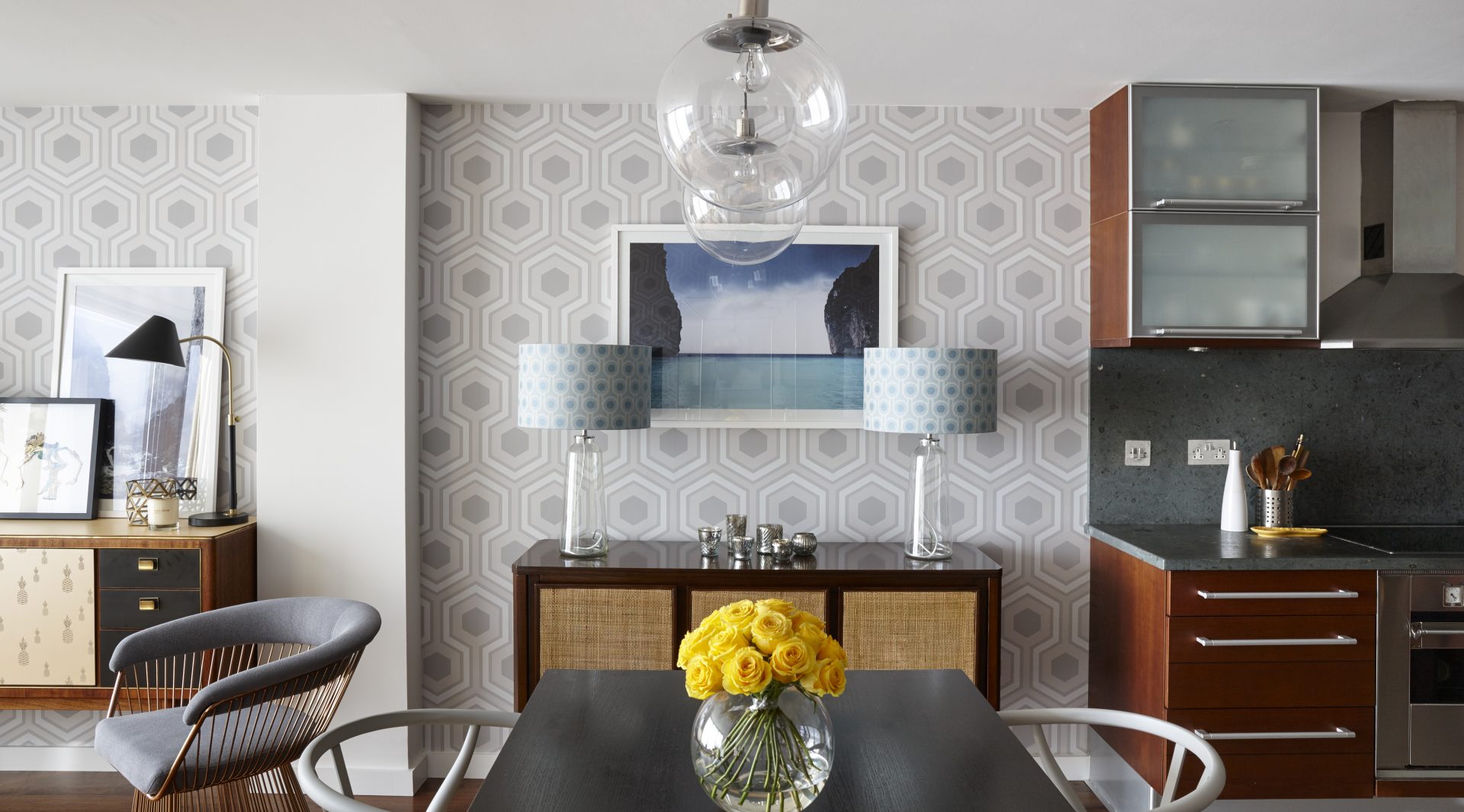 design et al are delighted to announce that Bhavin Taylor Design has been shortlisted for City Space (Apartment/Penthouse) – London Award in The International Design & Architecture Awards 2019.

Bhavin Taylor Design were enlisted for the interior design of this London Penthouse which needed an injection of personality incorporating mid-century styling, making use of the amazing views across London. When Bhavin Taylor Design first saw the project, the client’s master bathroom had been stripped out and was sat in the living room with a small gap to be able to reach the kitchen. For the past year the client worked out of a cramped office space in the spare bedroom and slept in the master bedroom which had too much furniture in it. The whole apartment was quite chaotic.

The designer’s main goal for this project was to give the client back her home and turn it into a functional space that was comfortable, one that she could relax in, live in, work in occasionally and entertain clients/friends/family. The general brief set was that the home had to evoke a light and airy feeling, include some accent colours, bring in some of the client’s Asian heritage, incorporate mid-century design and include an area for the client to play her musical instruments.

The apartment had such amazing views over London that it was key that these were not blocked and were taken advantage of. The client did not want to redo the kitchen but wanted a new floor that was incorporated into the design. Finally, as with all projects worked on by Bhavin Taylor Design the home had to be injected with colour and pattern that reflected the client’s personality and taste, without distracting from the amazing views.

Bhavin Taylor Design feel that the design works well as the whole apartment has a cohesive look that flows from room to room, however each space has it bold accents that then makes each space individual. The living room has the bold mid-century patterned wallpaper that isn’t over bearing but comfortable, the master bedroom has the bold curtain fabric to frame the windows and the office/guest bedroom has the bold orange patterned wallpaper that makes the room inspirational to work in.  The whole apartment had quite a restful vibe in which you can watch over the chaotic streets of London that can be viewed from every room.