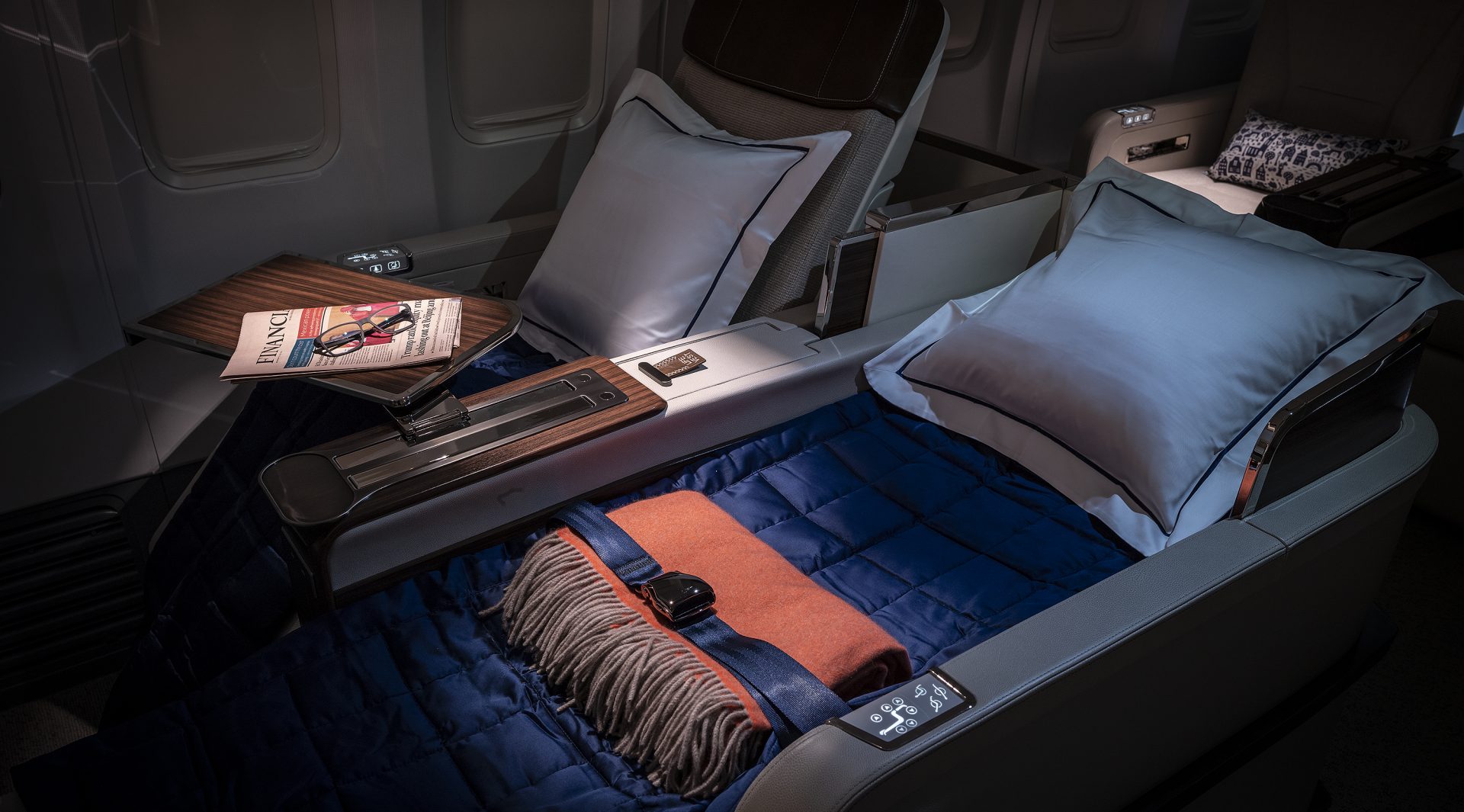 Boeing Business Jets (BBJ), in partnership with ALTEA present their answer to the flying head-of-state office. This BBJ is a place to be productive, relax, sleep and prepare for a full day of work in yet another city. A flying example of contemporary Boeing Business Jet technology, using public funding, the Dutch government’s new aircraft eschews over-the-top luxury for simplicity and functionality with a touch of the country’s humour and design savvy.

Head-of-state projects are normally kept under wraps, but the aircraft registered PH-GOV, which will serve the Dutch government and royal family, is a notable exception. Replacing an outgoing Fokker 70 KBX, PH-GOV is a BBJ with an interior design by Robin Dunlop, design director at CTM and co-founder of ALTEA. The aircraft was completed by Fokker Techniek under the guidance of ALTEA and Boeing.

The design is in the public domain because it was purchased via EU tender, and using taxpayers’ money, for circa €90m (US$99.3m). The aircraft’s development was unusual in many ways. “The project differed from the many privately owned or Middle East-based designs we have delivered previously because it was European and a government project,” says Dunlop. “We had not one stakeholder interested, but a whole nation of taxpaying design-savvy observers. The Dutch know their design – they have a great design history and an extraordinary current crop of internationally recognised designers including Hella Congeries, Wieki Somers, Hester van Eeghen and Marcel Wanders. The common theme though is that the Dutch can make fun of themselves like no other – so we really wanted to bring in some fun and quirkiness to what was basically a vanilla government aircraft. We wanted character, and not any character – Dutch character.”

ORANGE AND BLUE – Dunlop points to the lining of storage areas in Sunset Orange Alcantara suede; a reference to the colour most closely associated with the Netherlands. Hemmed curtains and leather details are blue with a contrasting orange stitch – either zig-zag or straight. There are also panels in a shade of blue that matches the country’s famous Delftware china. “We tried 14 mixes of paint before we got exactly the right hue,” says Dunlop. “We also found a fabric developed by Deborah van de Leijgraaf, a Dutch graphic designer and maker of children’s clothing. It is brilliant, quirky, fun and depicts lots of Dutch clichés, from clogs to tulips and canal bridges. We used this for all the interior pillows, and it works perfectly.”

The end result is an aircraft that can accommodate 28 passengers across three cabins and fly non-stop for 12 hours. There are also two crew-rest seats. Passengers can control heat, window shades, lighting and the IFE via a secure downloadable app for Apple and Android devices. The aircraft is fitted with Kaband, Ku-band and L-band antennae which provide high-speed connectivity including internet, communications, and video streaming. This also allows the wi-fi bandwidth to be software-controlled for maximum flexibility and security.

The customer didn’t want to appear too overt or luxurious, they wanted something that was workable, simple and functional. Then the design team were allowed to twist it up and add Dutch character.