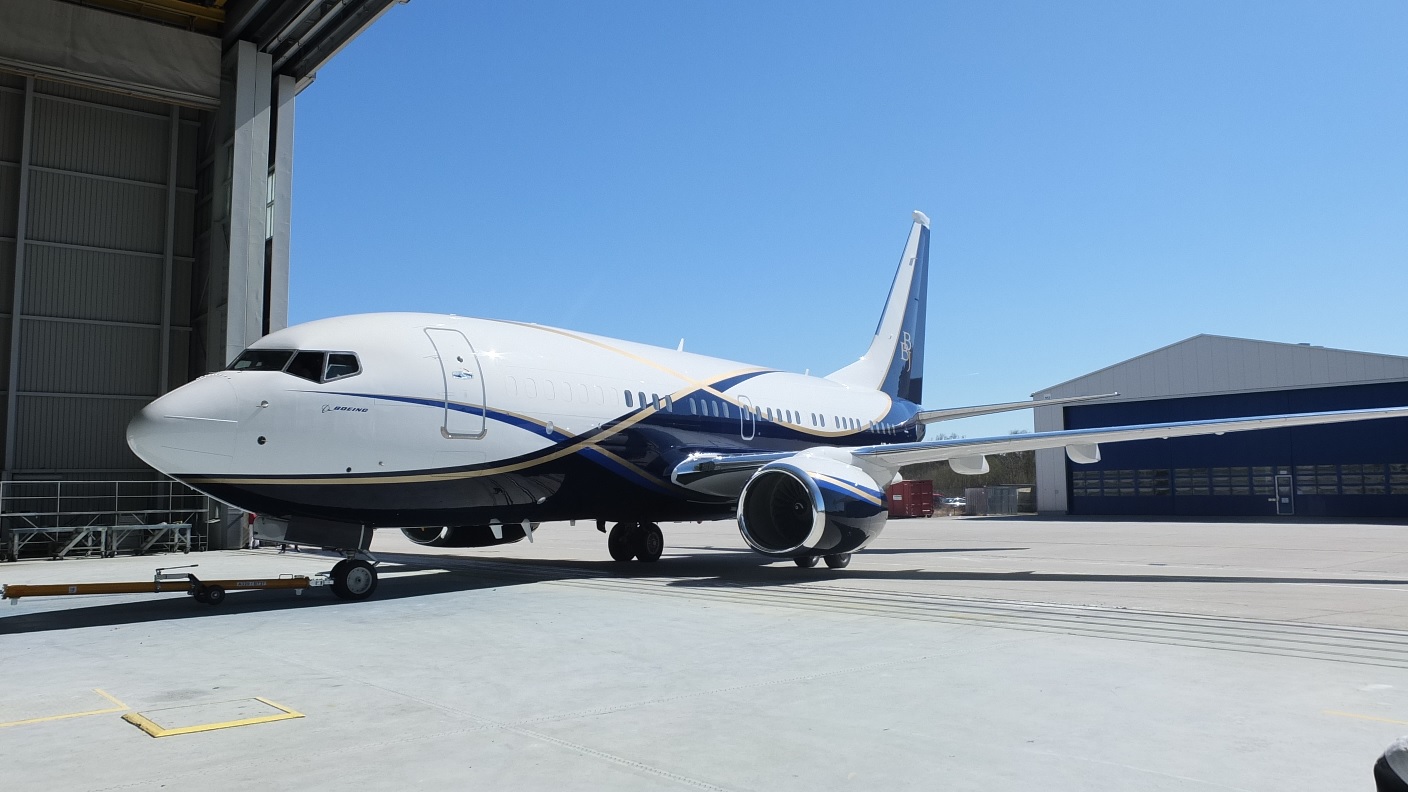 Luxe et al are delighted to announce that Boeing Business Jets have been shortlisted for the Private Jet Design Award in The International Yacht & Aviation Awards 2018.

Boeing Business Jets present a home away from home. A place to be productive, relax, sleep and prepare for a full day of work in yet another city. A flying example of contemporary Boeing Business Jet interior design and technology. The BBJ Demonstrator, the third demonstration aircraft Boeing Business Jets has built, was conceived to be both a functional corporate transport and an extraordinary showpiece.

For over 20 years BBJ customers have been afforded freedom to build completely new, fully customised cabins, and the design team drew on this catalogue of past projects to serve as inspiration for the latest BBJ Demonstrator. Before design pens were put to paper the lens of history and the level of product familiarity that comes with being the aircraft manufacturer created an extensive list of interior requirements. The goal was to highlight a variety of cabin elements found on BBJ aircraft which cannot be accommodated by most business jets, such as separate crew sleeping facilities, dedicated lounge, large dining table, multiple full-sized showers, private office and master bedroom with en-suite.

The challenge was to arrange these elements into a layout that made functional sense while simultaneously offering a modern stylistic take on familiar interior zones. First and foremost, the cabin had to be a comfortable place to live during 12-14 hour flights. While the typical mission specified two passengers, the aircraft had to seat up to 13, plus 6 crew members. The target was not an eye-popping glitzy design, but rather a restful space with continuous flowing metal trim, large swaths of neutral colours and sophisticated details.

In the lounge, dining area and hallway there is something we all have in our homes but rarely do we find them in VIP aircraft, floor lamps. From an aircraft design standpoint these lamps fill an area between the tops of the credenzas and the upper valence that is often dead space. More importantly, rather than the intense spotlights streaming down from the ceiling that are found in many VIP aircraft, the floor lamps in the BBJ Demonstrator provide a relaxing diffuse light source to passengers at seated shoulder height. Sidewall panels, air ducting and ceiling dropdowns were constructed to maximize cabin space. Unsightly permanent cup holders were deleted from seats and tables to be replaced with magnetic versions that can be removed when not in use to preserve a clean aesthetic.

The table in the forward lounge folds, tracks in two directions, raises, lowers and pivots to maximize user comfort. Custom built glassware drawers can be lifted out in their entirety to become serving trays. A backlit Boeing Business Jets monogram shines through a piece of glass painted to perfectly match the wood grain surrounding it so when the backlight is switched off guests would never know it is there. Seats were customised down to the firmness of the cushion and feature accent piping that is finished square, rather than round, to accentuate the overall seat profile.  A gracefully curved entry hallway was shaped to physically decelerate passengers as they step aboard and encourage them to relax after a stressful day. All these little features, and many more, combine to create a design that really works.

It is worth noting the BBJ Demonstrator’s unique exterior livery. It has been deemed “The Helix” and combines flashes of Boeing Blue with the gold monogram of Boeing Business Jets. The design was especially difficult to paint because while you want the intersecting lines to appear straight, they are in fact laying on a 3D surface that is often curving in more than one direction. The BBJ Demonstrator is a flying example of a contemporary Boeing Business Jet interior design and technology; both corporate transport and extraordinary showpiece.