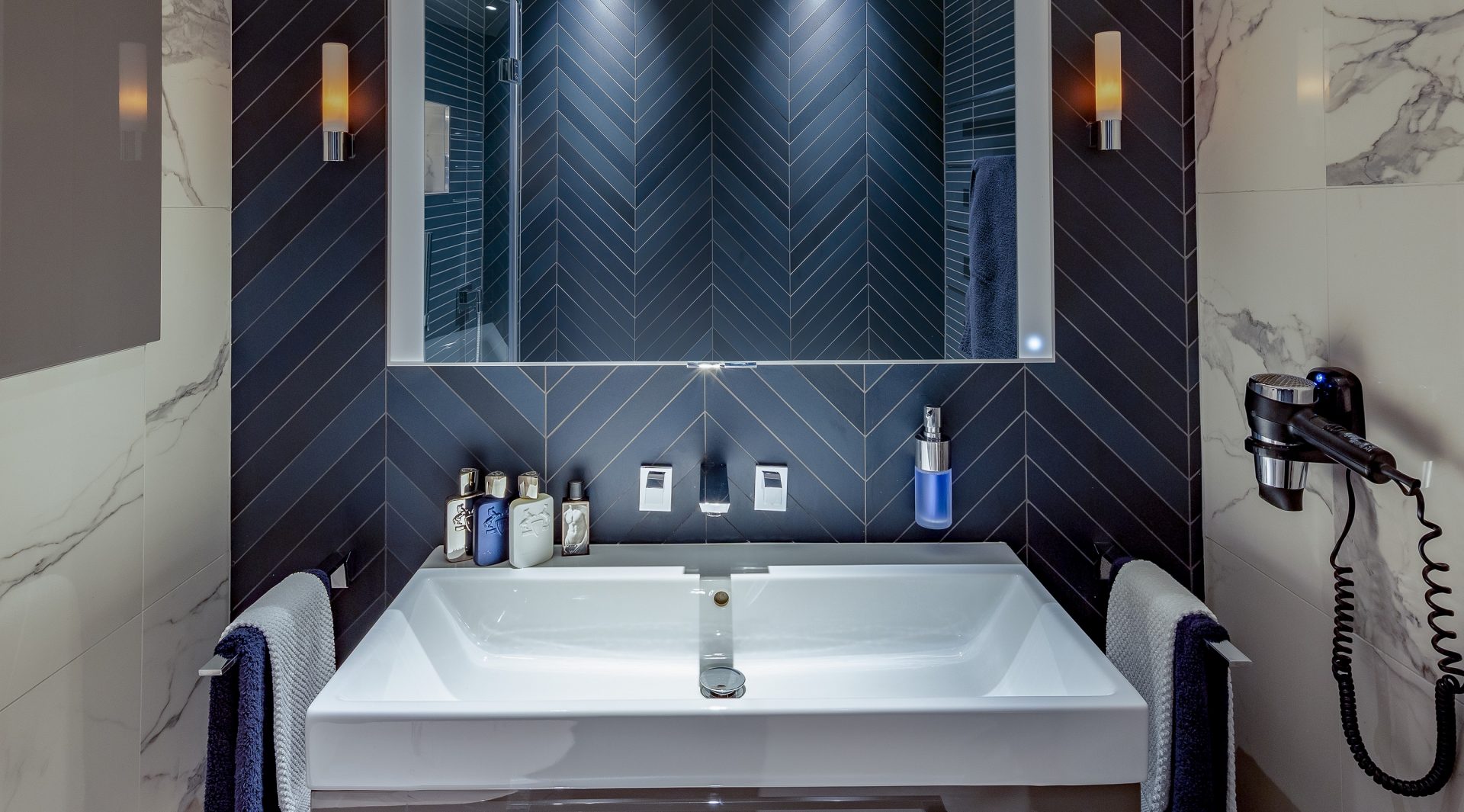 design et al are delighted to announce that C.P. Hart have been shortlisted for Bathroom Award within The International Design and Architecture Awards 2018.

The client came to C.P. Hart in a bid to create functionality in his master en-suite. Having had a recent renovation of his two bathrooms, the client had become gradually more frustrated over time with the layout of his en-suite and wanted a complete redesign and install within 8 months. When looking at the elements of the previous layout/design that did not work for the client, the following issues arose: the space did not allow for both the client and his partner to use the bathroom at once, something integral to their daily routine; there was very little useful storage with previously installed shallow mirror cabinets and a small vanity unit, meaning a lot of accessories were left on display and created a messy and cluttered look.

C.P. Hart were working to an approximate two by two square metre footprint, so storage was key in such a small area. Style wise the client was keen to create something on trend, with hints of hotel bathroom design. This meant uniting contemporary with something a little more traditional, hence the Carrara tiles and chrome brassware. C.P. Hart played mostly with the tiling and lighting, they combined the use of matte blue ‘ink’ tiles in a chevron pattern and a brick pattern to create a feature. Lighting was used effectively to help create light and shade, key for such a small space. This masculinity ran throughout and came through, for example, in the squared style of brassware and the trough style basin.

The design of this master en-suite was not considered when looking at the rest of the property as the client was very keen for his bathroom to link to his bedroom, but no further. So, his bedroom had a lot of luxurious deep blue tones and silvers/greys in the use of fabrics and soft furnishings which tied in with the colours C.P. Hart used in the en-suite. The client was also very keen on the look of neat lines, meaning the bath style was very square and the same went for the style of the brassware. This element of straight lines filtered out into the kitchen and living spaces with the style of furniture being very contemporary and clean.