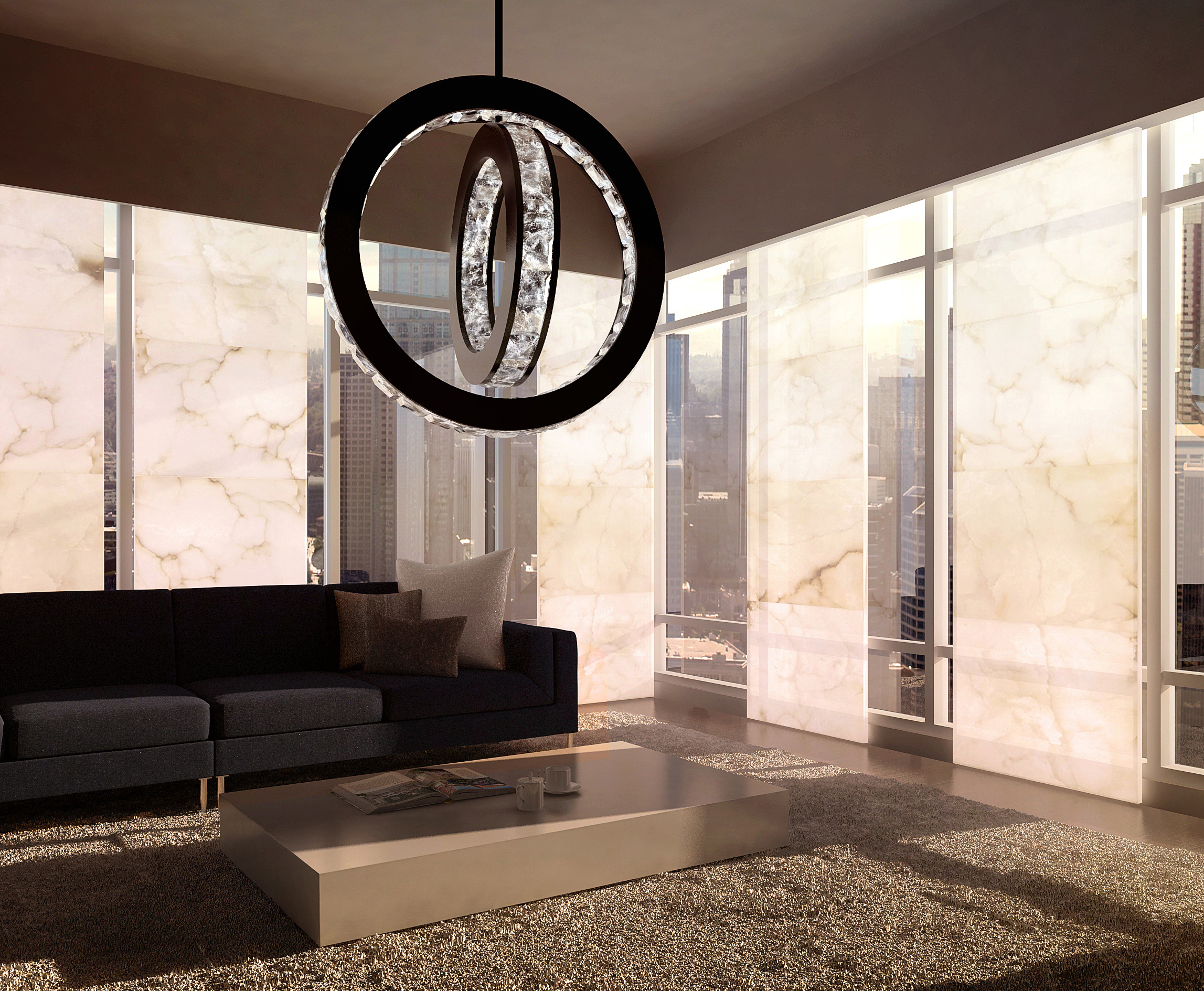 Atelier Alain Ellouz have created The Elysée which is an ambient light fixture that more closely resembles a sparkling piece of jewelry than a functional piece of lighting.
The Elysée consists of interlocking rings which are set with 140 large rock crystals. . Though difficult to extract, these crystals have remained coveted and precious art objects since ancient times. Alain selects only those stones with the proper balance of transparency and inclusions (minerals trapped within a crystal), allowing each stone to shine brilliantly. He searches for those stones with exceptional dimensions, as each additional centimeter makes the stone more valuable. His forms are based on those often found within the prisms of a forming jewel, and one can see a subtle reminder in his work of the “original crystal structure”, the popular quartz .

The structure itself as well as the lighting system are fabricated from metal. This allows the central ring to be adjusted in different directions, allowing an array of varying perspectives.
It is available in  horizontal or vertical models. For each, the rings can be of differing widths according to the type of crystals used. Two sizes are currently available – 10 x 10cm or 18 x 18cm. Purity, simplicity and elegance place this piece within those of the exceptional, classic grand chandeliers. Atelier Alain Ellouz has developed an innovative system to illuminate each crystal. The direct positioning of the LED lights highlights the most minute movement of the crystals- a method patented in 2013. This LED lighting allows for the varying color temperatures. This system makes it possible to adapt both the color as well as the intensity of your lighting, according to nature of the stone and the desired effect on the room. A sculptor by vocation, Alain Ellouz took up the challenge of giving new form and function to both alabaster and rock crystal. These traditional stones used as light fixtures, are transformed into beautiful modern design pieces.