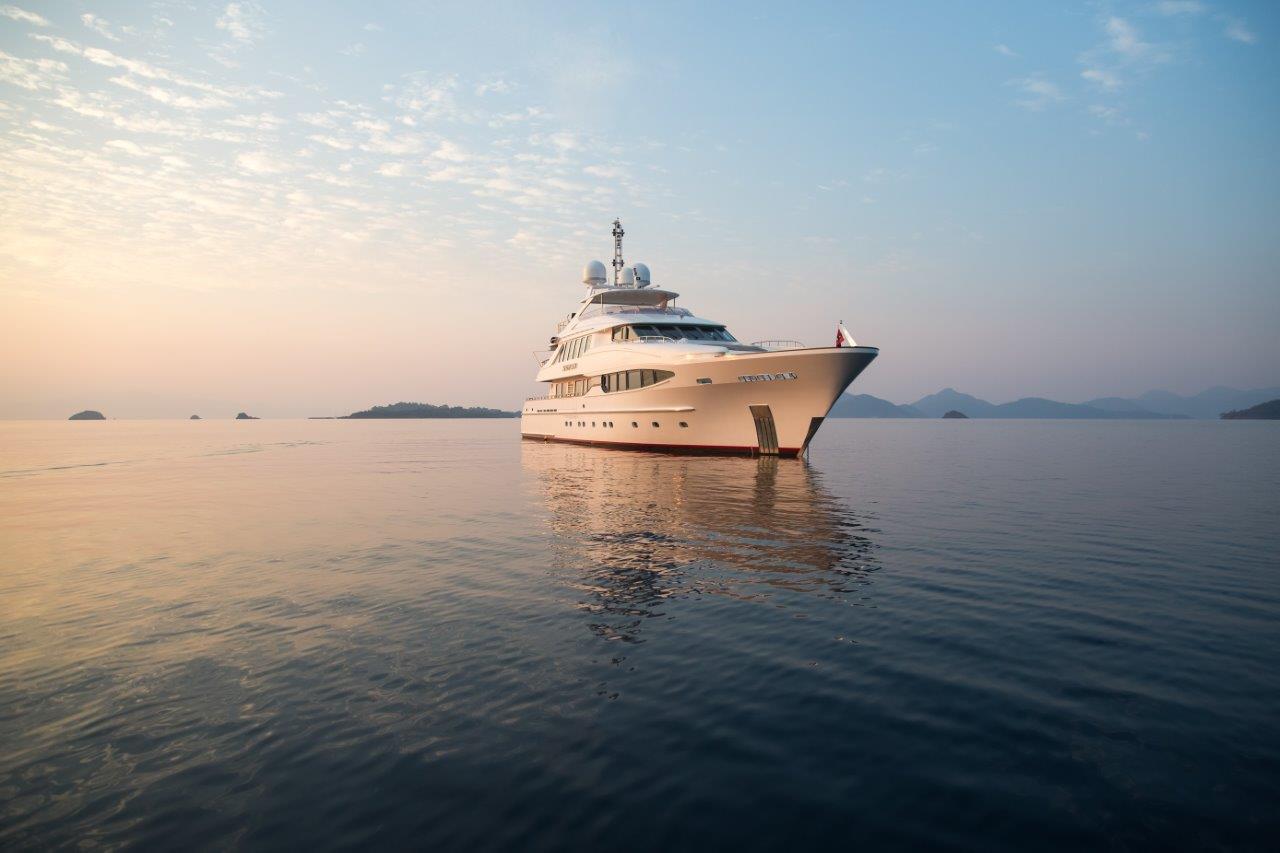 LUXE et al are delighted to announce that Balk Shipyard have been shortlisted for a Power Yacht Refit Award in The International Yacht and Aviation Awards 2016.

This refit has been one of the most complex that Balk Shipyard has ever undertaken, and yet, it only involved around a third of the actual yacht. The project is special because very few yards have ever attempted to remove a bow section in order to extend the yacht by two and a half metres.

When Seven Sins came to the premises, her new bow was ready to be attached. It took six men an entire month to attach the new bow to the existing hull. There was more to the refit than just adding a new bow. In the interior Balk Shipyard built four brand-new crew cabins, multiple storage areas, a crew mess and a laundry. Everything was prefabricated and fitted in the hall, then taken apart again in order to get it on board

The extension added a total of 2.3 metres to Seven Sins, giving her a total length of 43.60 metres. Our dedicated paint division ensured that Seven Sins looked as good as new when she left the yard. An interesting project by any standards, the fact that Seven Sins also had to comply with the new Large Yacht 3 code by the time she was relaunched speaks volumes for the expertise required and the enormous cooperation between all the many parties involved.
Seven Sins is now more in balance. Her former bow was relatively small compared to the yacht itself. She now has a bulbous bow that gives her better fuel consumption and a better overall performance.