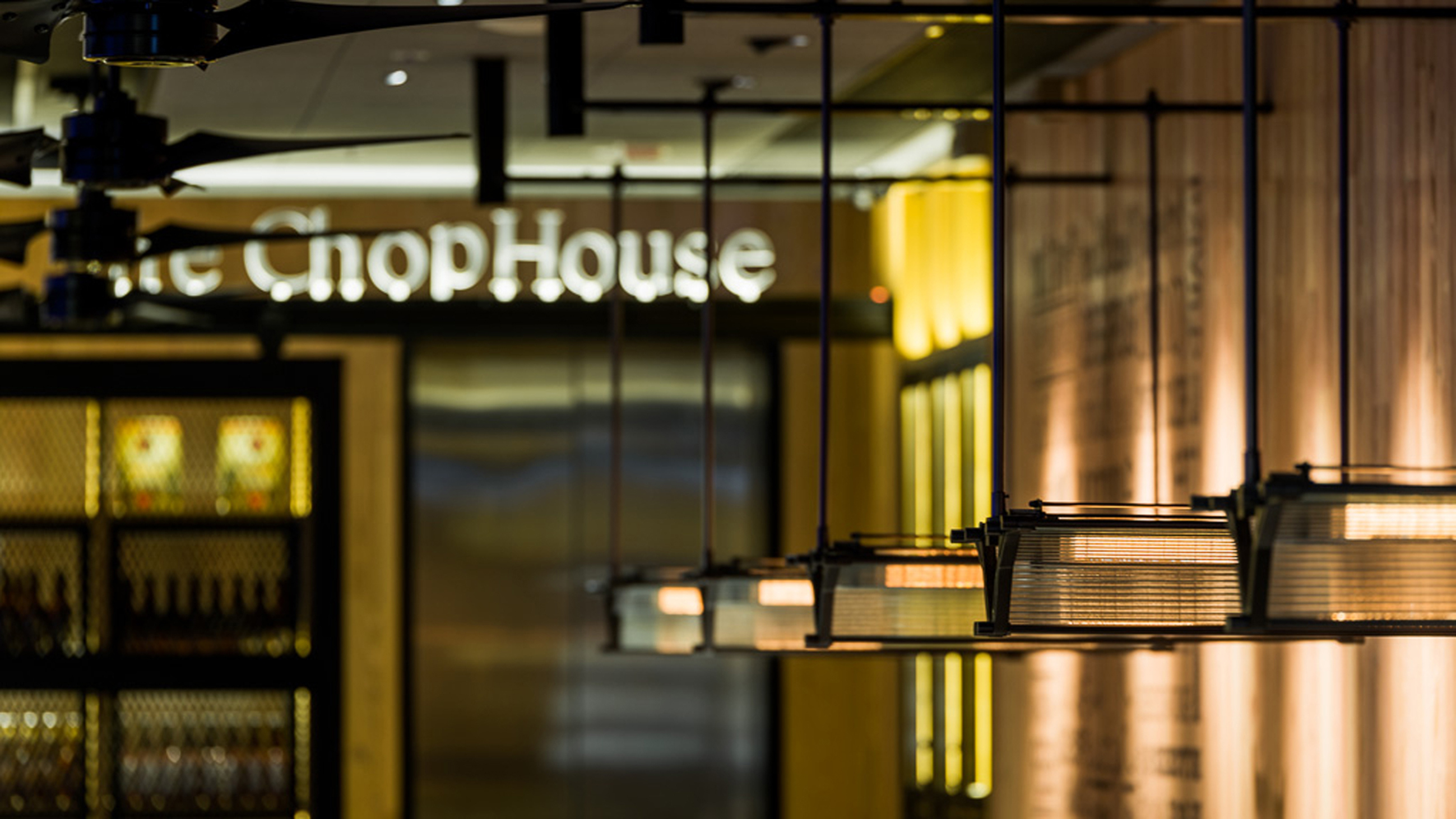 Gliding Light takes its inspiration from the glazed partitions of traditional Parisian bistros which are often used to create intimacy and divide spaces. Ribbed glass, which is used in booth seating partitions in these iconic bars and restaurants, is instead translated here into mechanical glass wings that are spread open, reaching across the table, drawing each group of diners together.

The glass wings act as diffusers and the angle can be adjusted to provide an ambient, indirect light or angled out to reveal the light source, with beautiful refraction through the ribbed glass shades. The powder coated metal structure of the fixture adds an updated industrial feel and gives a solid anchor to each light as it glides in space.Based on a brief that called for restaurant lighting that was both decorative and functional – Gliding Light was designed to have an architectural presence as well as create atmosphere and comfortable illumination levels in both daytime and night-time settings. The client sought to give each restaurant booth its own space while retaining the overall effect of the long dramatic dining area, and wanted to use feature lighting rather than diving partitions to achieve this spatial effect.

The conceptual response to the brief was to create an implied separation of each individual booth rather than a physical one. Gliding Light seeks to define and bring focus to the table at the center of each booth, so that customers can be drawn together at their own table while still absorbing the atmosphere of the restaurant around them. The form of the light successfully creates intimacy and simultaneously gives continuity and unity to the space as a whole.