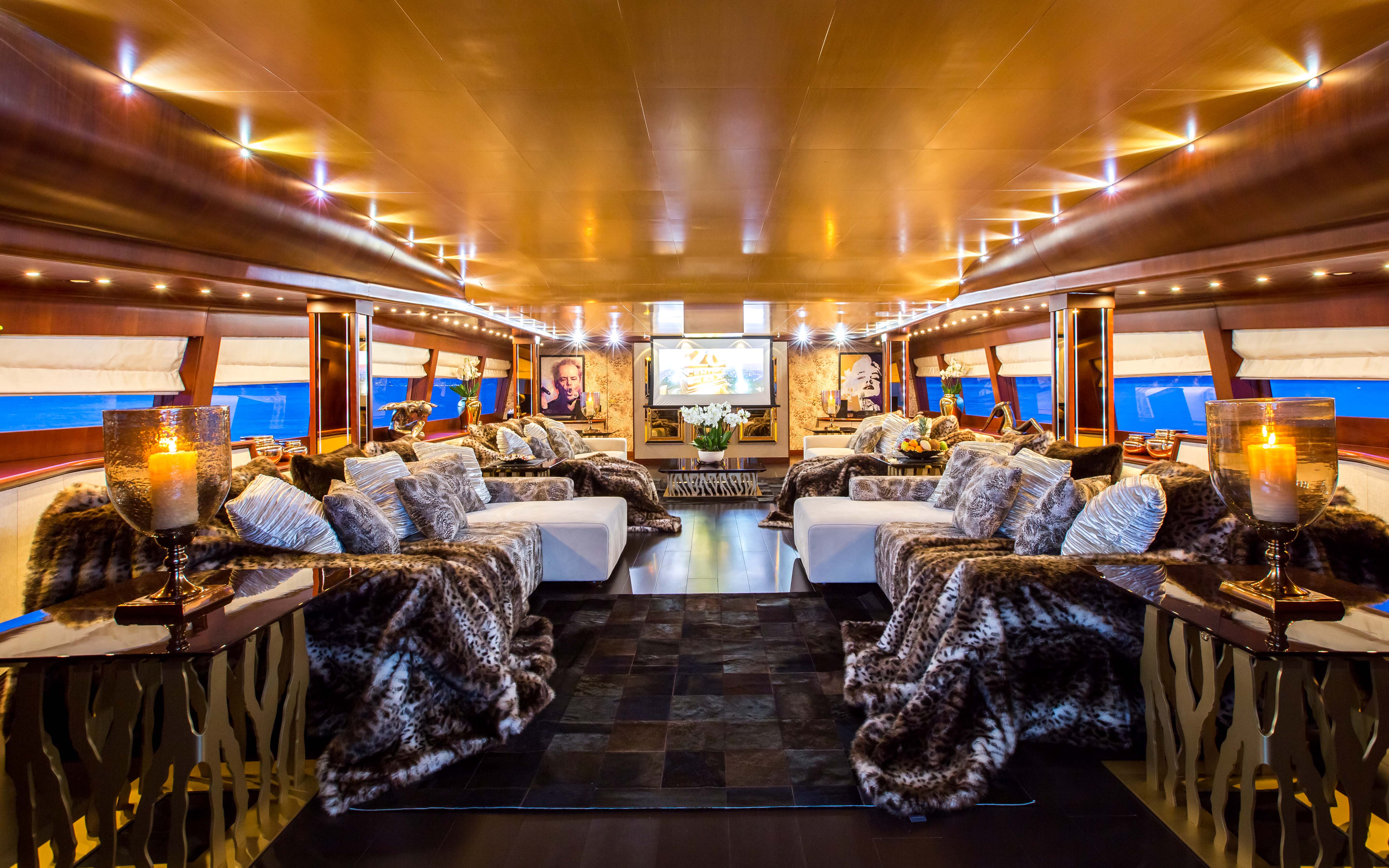 Congratulations to Designer Touches who have been shortlisted for Interior Design Award – Power Yacht for The International Yacht & Aviation Awards 2017.

Designer Touches Ltd, the luxury interior design studio, were appointed to reinvent the Ability Group’s flagship vessel, M/Y Ability. The new owners of the M/Y Ability commissioned the leading Surrey based interior design firm to undertake the project of a major interior refit, to ensure that the Ability is ready for private charter. The M/Y Ability is a 41.4 meter yacht originally built by Baglietto in 2004, the refit and refurbishment of the yacht was completed in May 2016. The yacht has five en-suite rooms and can house up to ten guests.

Full refurbishment and re-fit of the Ability Group’s flagship vessel, the Mega Yacht ABILITY, a 41.4 meter luxury super yacht, which was formally owned by the fashion designer Roberto Cavalli. The brief included the desire for the interior to be sympathetic to the yacht’s history and previous owner’s flare for design, and to ensure the yacht stood out from the crowd. Designer Touches Ltd took inspiration from the catwalk using a couture colour palette and contrasting textures to provide an injection of drama and atmosphere. This was combined with opulent leathers, animal prints and natural fabrics to create a lavish yet elegant and tasteful interior, worthy of the yacht’s history and status.

The design has built upon the history and status of the Yacht, bolstering its new identity as a flagship vessel for the Ability Group. The lavish and luxurious interiors balance the masculine exterior, whilst the outdoor spaces create a transition between the two. The interior design has created a real talking point and Ability is gaining notoriety quickly. Its the first time the yacht is available for private charter and there have already been numerous articles published.