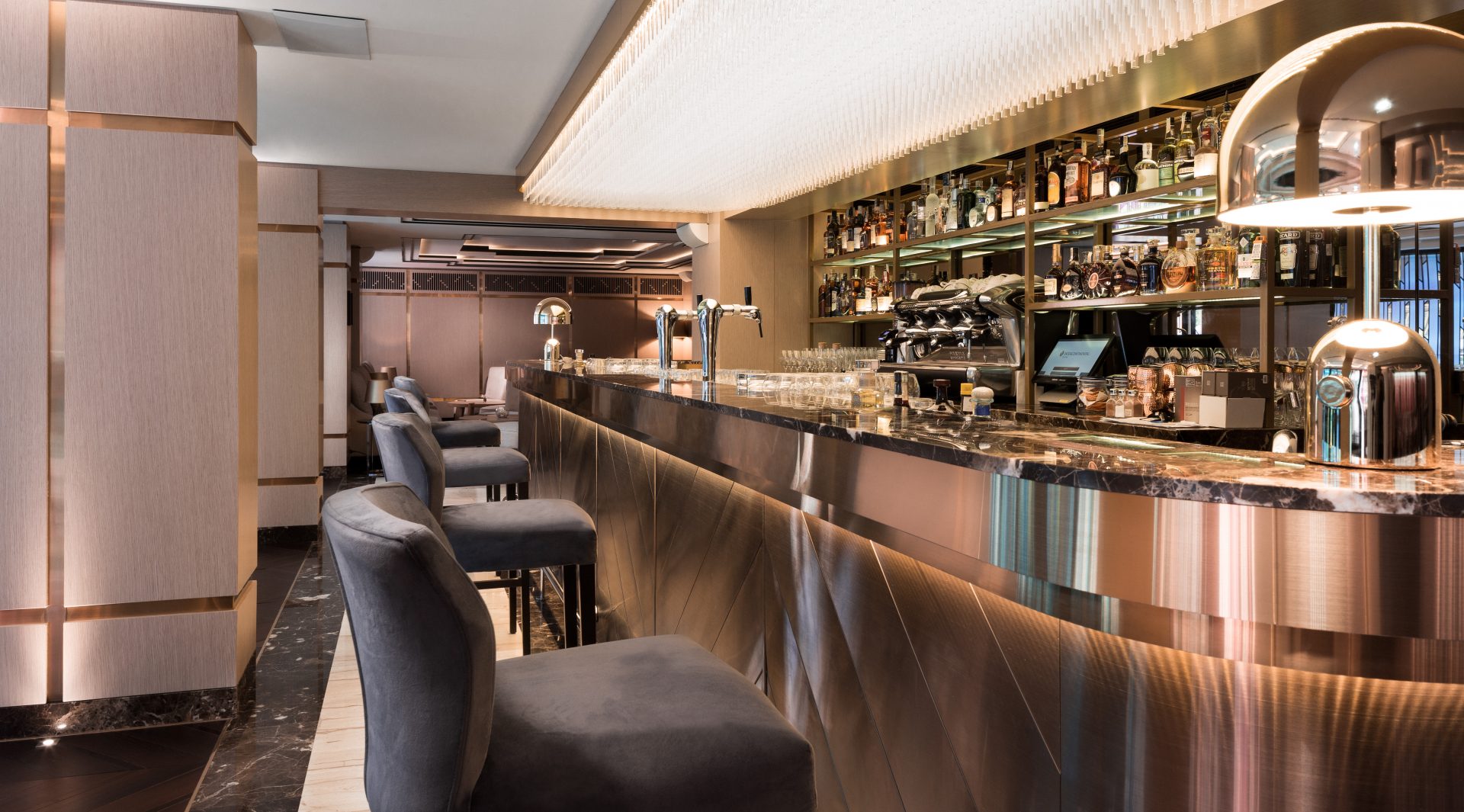 design et al are delighted to announce that Idea International has been shortlisted for Hotel Over 200 Rooms – Europe Award in The International Hotel & Property Awards 2019.

The hotel, designed by Idea International, is located on a central and historical square in Sofia which has seen many significant events in the country’s history, both joyous and turbulent. Over the years this locations has played host to celebrations and parades but also protests some even violent. In fact, this square has seen a protest that toppled the entire government in 1997.

Idea International wanted to tell the guests the stories of this square. In their research the realised that both in celebration and in turmoil the citizens take to the streets in hope. By celebrating we all hope that good times will continue, and by protesting we hope that we will change the future for the better.

That is when the narrative crystalized and Idea International came up with the idea of placing a sculpture of a little girl holding in her hands a crystal dandelion. Blowing at it she disperses its’ carefully crafted crystal petals all over the double height ceiling of the atrium, thus creating a grand chandelier. The metaphor of the petals which will one day fall to the ground and from them new dandeli­ons will grow, is precisely the reason so many Bulgarians visit this square regularly.

On the opposite end of the atrium, the Intercontinental signature fireplace spans the height of the space. A sunburst pattern stretches from the mantle to the ceiling; the pattern was etched into the massive stone slabs by CNC and was later treated with silver leaf making the whole bespoke piece a bold statement. Deep within the space, the reception’s chiselled multi-layered stone façade mimics Vitosha Mountain’s silhouette which dominates our urban landscape. The hefty black stone is flanked by over a thousand translucent crystal rods creating the illusion that it stands suspended in the air.