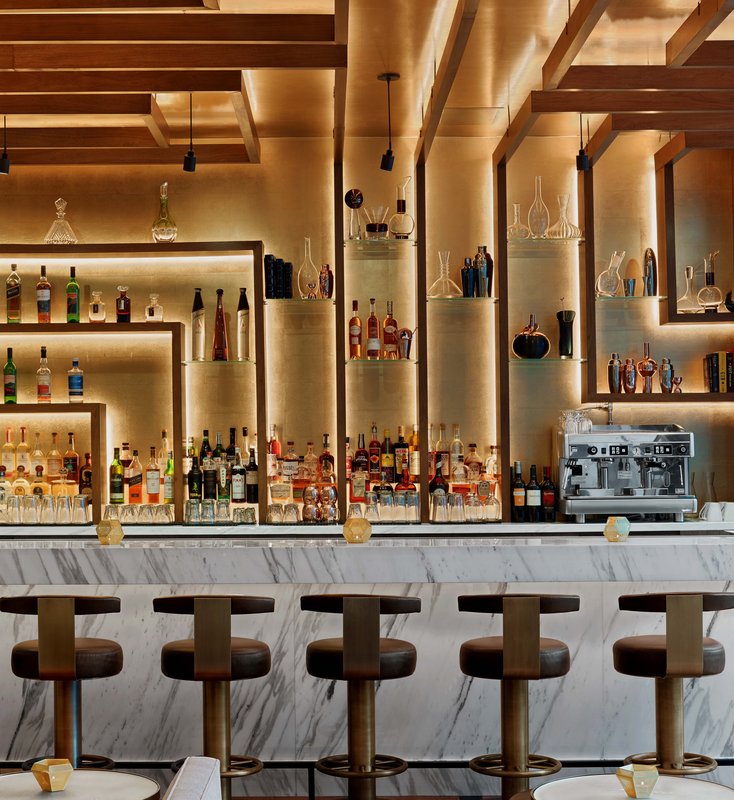 design et al are delighted to announce that Jeffrey Beers International have been shortlisted for Hotel Over 200 Rooms Award Americas & Caribbean in The International Hotel and Property Awards 2017.

The property captures the intoxicating energy of midtown Manhattan and the exciting flavours of the artistic industries that surround it. Renaissance Hotels’ new U.S. flagship property, the Renaissance New York Midtown Hotel opened in Manhattan on March 21, 2016. The hotel personifies the brand’s ‘Fearlessly Chic’ global design philosophy and ‘Business Unusual’ outlook by catering to the next generation business traveller who seeks adventure and a connection with the local neighbourhood on every business trip. Award-winning design studio Jeffrey Beers International (JBI) captures the authenticity and glamour of the city through innovative technology never before showcased in a New York hotel.

Located on 35th Street between Seventh and Eighth Avenues, the hotel boasts 348 guest rooms, including seven Executive Suites and one Empire Suite. Each guest room offers a sophisticated neutral palette with pops of purple or grey throughout the bedding and upholstery. With floor-to-ceiling windows, the spacious rooms use pale finishes, maximise natural light, and adhere to an uncluttered aesthetic. A gradient frosted-glass shower wall separates the all-white Italian marble en-suite bathroom from the sleeping area. Each of the 348 individual guest rooms has a wood vestibule at the entrance, which creates a homely feel. ‘For the guest rooms, the challenge was to make relatively small footprint feel airy and spacious,’ says Beers. ‘We succeeded in doing that by using pale finishes, maximising natural light with floor-to-ceiling windows, and adhering to an uncluttered aesthetic.’ A palette of neutral colours is accented with a tone of aubergine in the bedding and a touch of bright yellow in the entryway artwork. These minimalist rooms feel more spacious than their footprints would indicate.

“Having grown up in New York, I thrive on the fast-paced rhythm of the lifestyle here. I wanted the design of this hotel to capture the vibrancy and creative energy of the city; to immerse visitors in the real New York,” said Beers. “There are a number of elements throughout the design that are meant to provide an unexpected moment of enjoyment and playfulness — inspired by Renaissance’s ‘look and look again’ philosophy. The artwork, for example, might appear to be a two-dimensional painting from afar, but as visitors get closer they will see that it is actually composed of pins or pencils.”