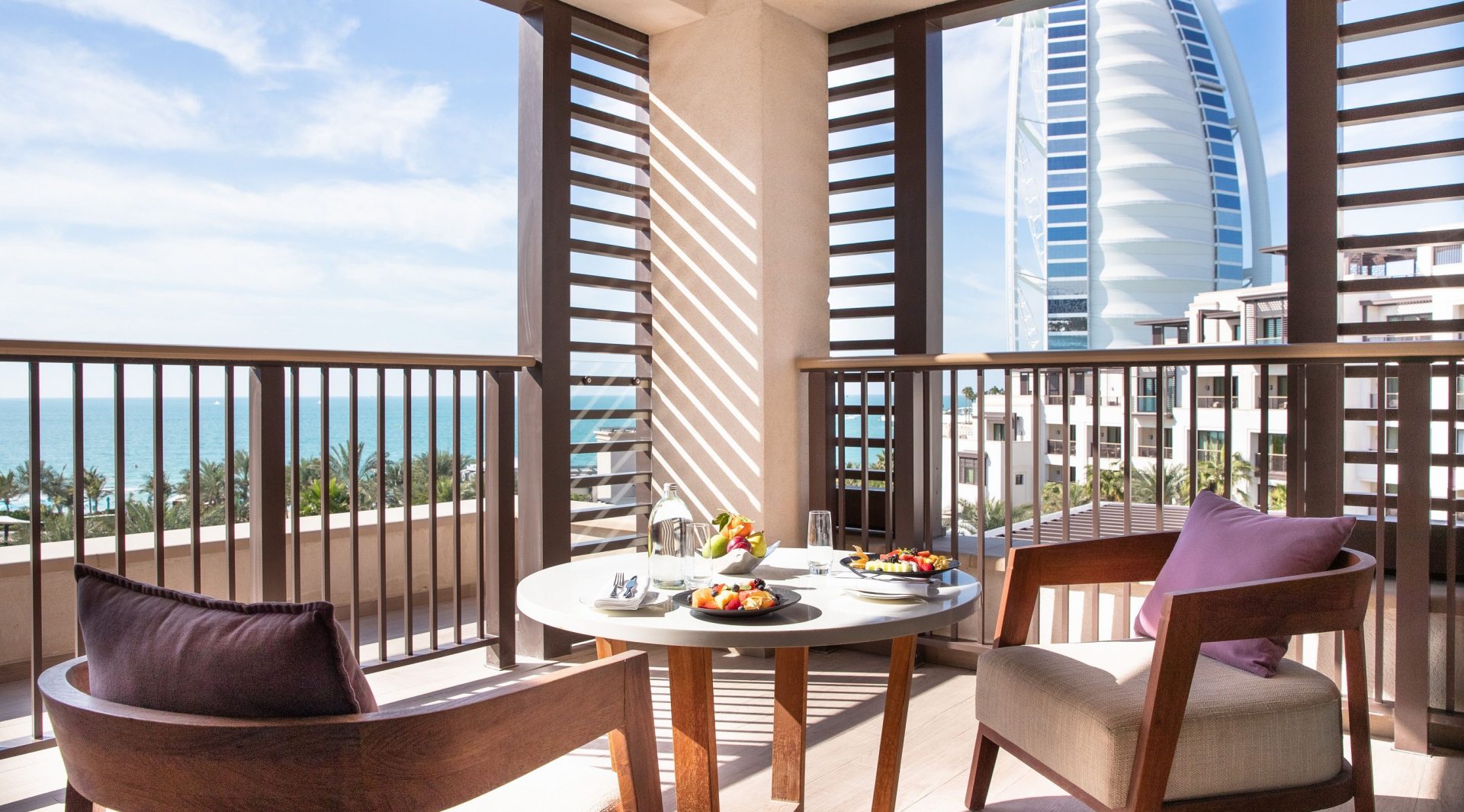 design et al are delighted to announce that Jumeirah Group has been shortlisted for the Hotel Over 200 Rooms – Africa & Gulf States Award in The International Hotel & Property Awards 2019.

Jumeirah Al Naseem, is the latest addition to Madinat Jumeirah, offering a Dubai of today experience. With interiors inspired by sand dunes, sea breeze and Dubai’s heritage of pearl diving and Bedouin traditions, its rooms and suites feature spectacular views to Burj Al Arab. Expansive terraces invite the outdoors in and lush gardens edge the sandy beach, providing pockets of privacy and peacefulness.

The opening of Jumeirah Al Naseem marked the completion of Jumeirah Group’s transformation of its 2 km of coastline into a major tourist destination. This process began in 1997 with the opening of Jumeirah Beach Hotel and continued with the iconic Burj Al Arab and Madinat Jumeirah. The hotel was designed to accommodate 430 luxury rooms and suites, while still offering a tranquil resort environment for guests to escape to.

Celebrated architect and landscape designer, Bill Bensley, designed the lush gardens and landscaping for the waterfront resort. A graduate from the Harvard Graduate School of Design, Bensley has cleverly combined elements of the local environment and nearby wadis with his experience in working with luxury hotels to create a series of striking landscapes.

Meaning ‘sea breeze’ in Arabic, Jumeirah Al Naseem is designed to complement its surroundings of the Arabian Gulf and vast 2km stretch of beach. A nod to its position along Dubai’s coastline, the hotel carries a nautical theme, from its five swimming pools to its luxurious beach club Summersalt and Rockfish, a beachfront Mediterranean restaurant with views of the ocean and the iconic Burj Al Arab.