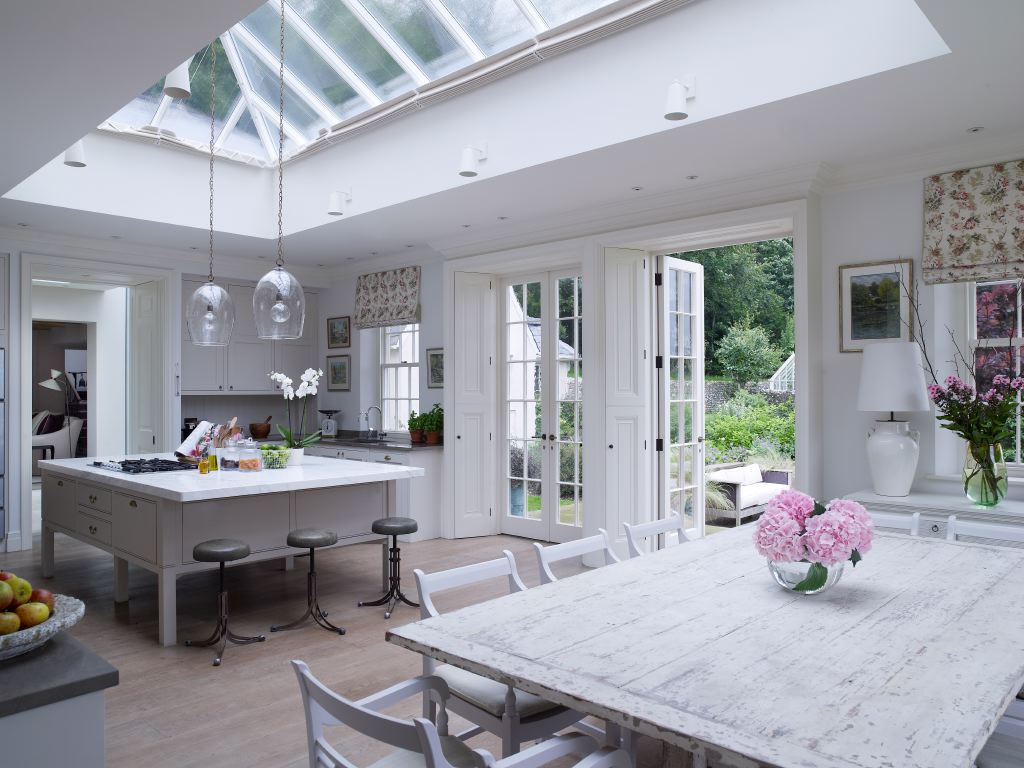 design et al are delighted to announce that Meon Building Contractors Ltd.  have been shortlisted for Residential £5 Million Plus (Property by Value) Award within The International Design and Architecture Awards 2017.

Meon Building Contractors Ltd. were commissioned to oversee the Drayton House, a joining of a grade-two listed house to an existing cottage which included a total refurbishment of both properties and an extension onto the cottage. The grounds of the property were also extensively re-done. The renovation and extension of the grade-two listed house was to create an open plan family home, incorporating many traditional and modern features including a glass link connecting the two buildings. The clients also requested a new open plan kitchen/living area with roof-lighting and floor to ceiling sash windows.

Meon designers were also asked to remodel the garden, making it into a more user-friendly environment. The final design included a large vegetable garden along with many out buildings, one of which is a large timber pool house. The drive way was altered to create an in and out access as well as general repairs to the outside of the building and new renders and flint work on the chimney breast.

The designer’s favourite aspect of this project was said to be the linking passage of the two buildings with a glass box at one end to keep in theme with open space. The entire design works well as maximum space was utilised. The kitchen was relocated from its original position to make the most of the beautiful views and natural light. Special skills included in this project included the flint work, reclaimed French fireplaces lime render to the exterior to allow a breathable finish.