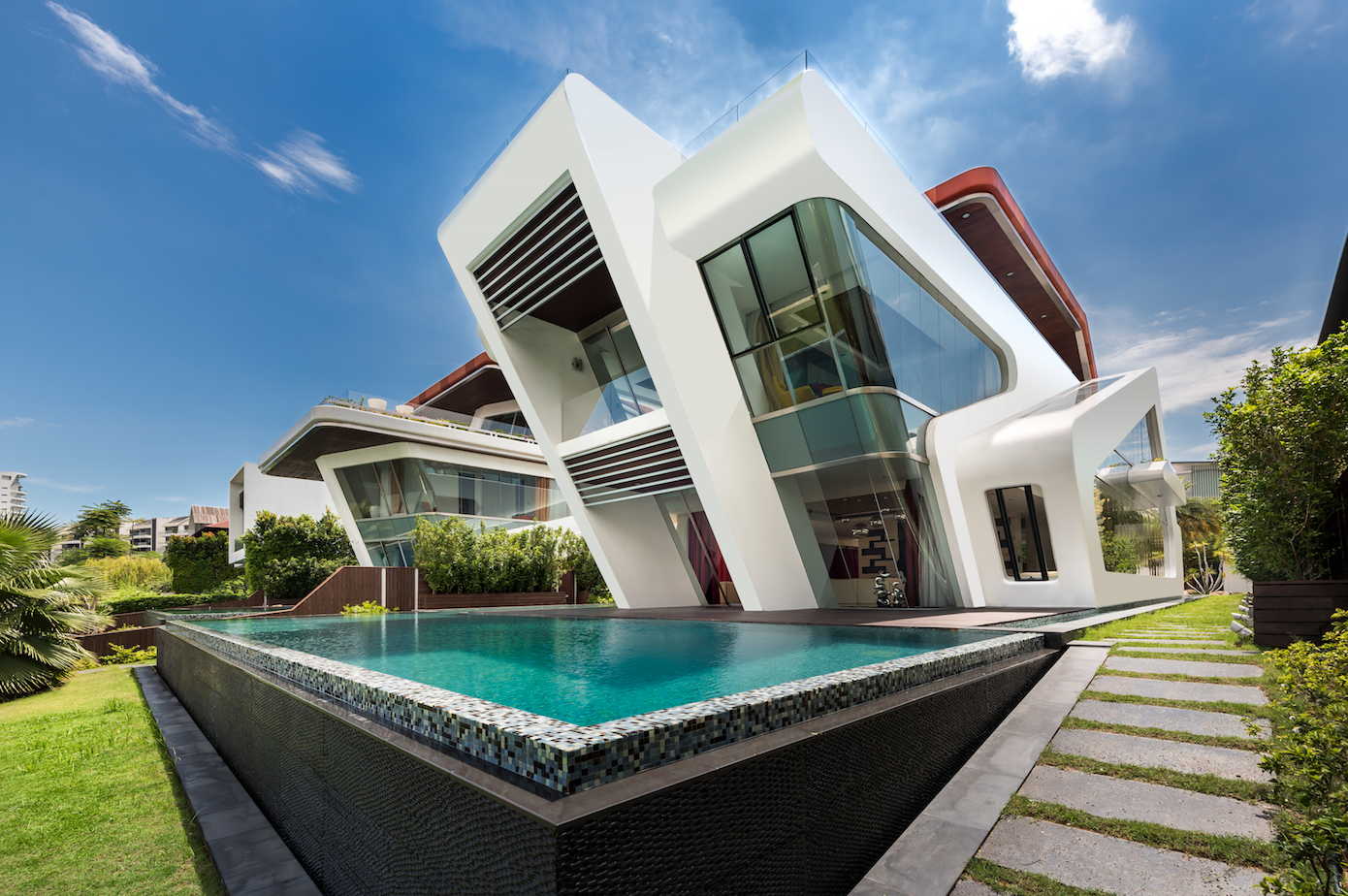 Congratulations to Mercurio Design Lab who have been shortlisted for Residential £1-2.5 Million Plus (Project By Value) Award

design et al are delighted to announce that Mercurio Design Lab have been shortlisted for a Residential £1-2.5 Million Plus (Project By Value) Award in The International Design and Architecture Awards 2016

This is one of two adjacent bungalows designed for the same client who had the idea of building a pair of villas with similar style yet each stands out with it’s own character. Mistral comes from a period when Massimo was playing with the idea of designing a building with some affiliation to other objects. The driving idea was to develop a form which conjured up the image of a powerful boat driving through the water.

Named after the seasonal strong, north-westerly wind that blows across the Mediterranean, Mistral is like a sleek yacht. Painted in all white with a metallic tinge, Mistral has a powerful solidity to it.The structural elements are expressed both externally and internally, simultaneously referencing a boat and communicating the sense of a strong forward thrust. It exploits the angularity of outward-leaning structural elements and similarly angled glazed walls to fashion and almost vertiginous experience both inside and outside of a powerful vessel driving through the sea.

The street elevation of Mistral combines timber and concrete in a façade penetrated by windows of varying scale to generate a strong rhythmic quality. This is complemented by the forward-thrusting angularity of the building which leads the eye towards the water which is only barely glimpsed at this stage.