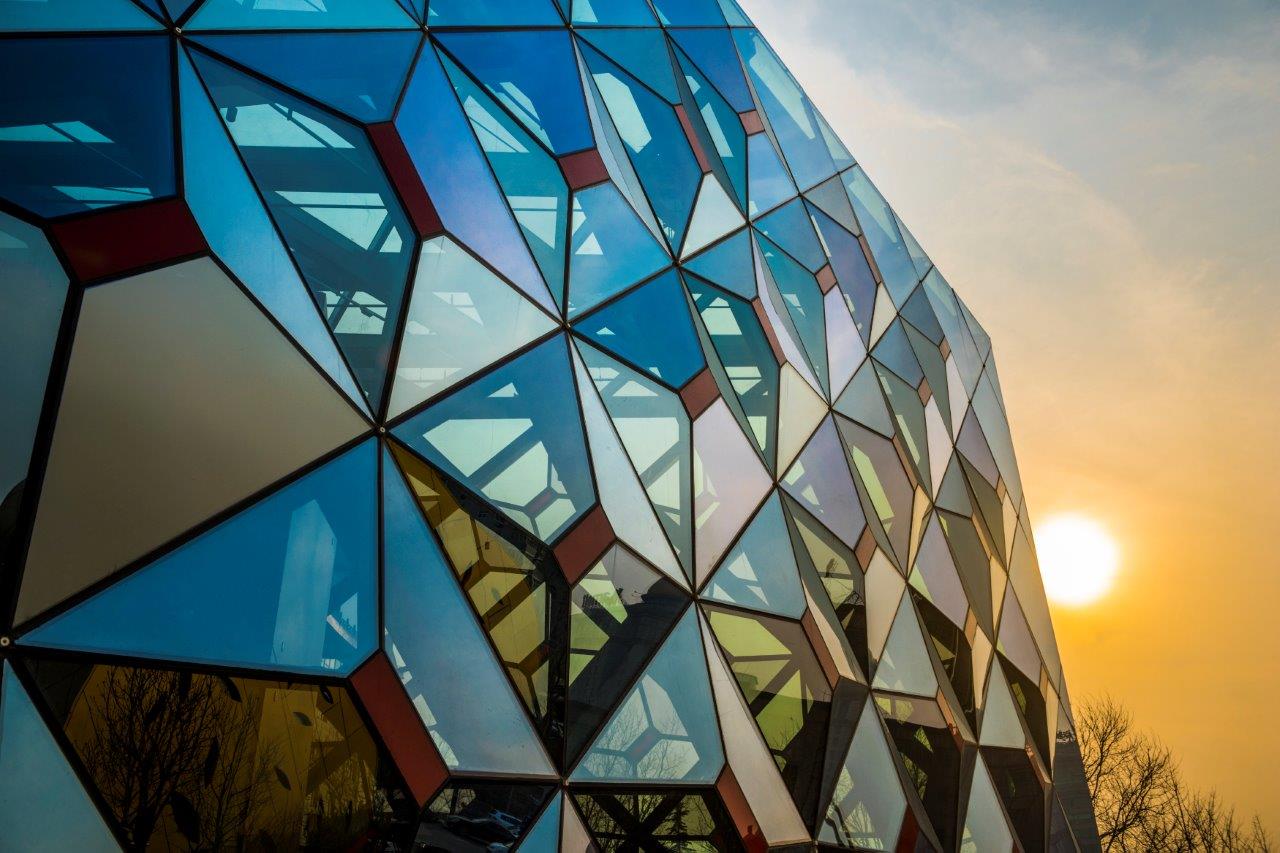 By creating a five-star urban oasis in the form of an exquisite tower rising from a lush garden with unmatched views of the Forbidden City, RTKL’s design for the celebrated W Hotel in Beijing elevates the modern hotel experience in China. The design narrative for the 63,708-SM space is based on a concept dubbed “electric empire”—a combination of exhilarating, high style and visually intriguing historical references. Architecturally, the tower extends upward using an exterior wrapping that emulates a bamboo forest. The efficient double-loaded plan maximizes views, and vertical stone piers marking the room modules add a sense of solidity to the façade.

An optical illusion created by the diminishing height and rhythmic treatment of the stone piers frames the segments of bamboo growth and enhances vertical proportions. The building is rotated away from the western sun so that the fitted glass fins effect a gradated pattern in the daytime, producing an ethereal effect, and transform at night to reverse the top-lit direction and create a stunning billboard. Floating bronze doors, inspired by the imperial palaces of the Ming and Qing dynasties, welcome guests.

The project setback to the face of the hotel tower restricted the site such that there was little to no space available for the ballroom and required dining areas for all-day dining. The problem was solved by putting these elements underground and creating the sunken “hidden garden” to bring natural light into the spaces below, thus creating a sumptuous spatial experience below. The garden was then supplemented by two glazed and perforated pavilions that added whimsy on the surface and provided daylight to below — a wonderful guest experience.