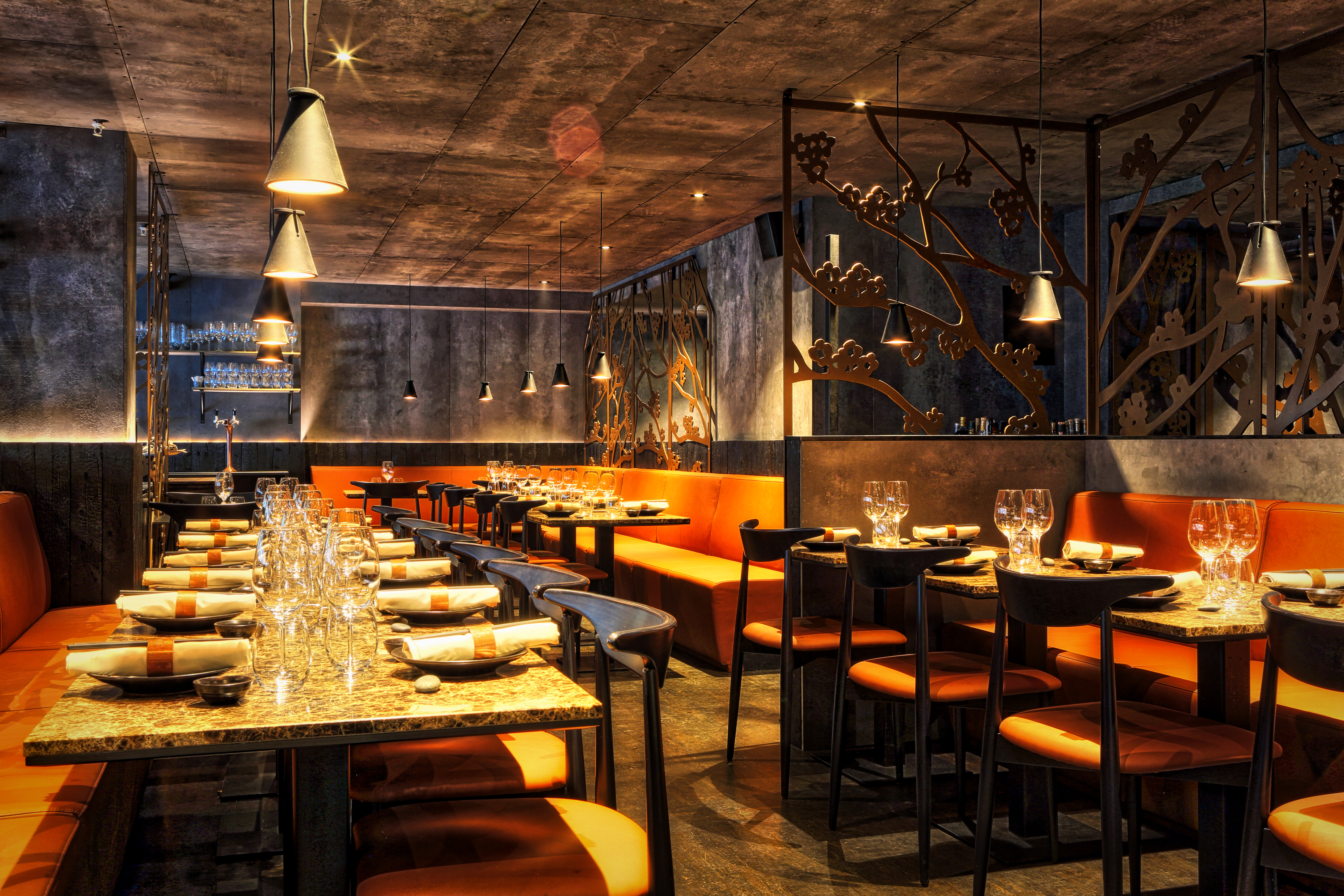 design et al are delighted to announce that Stylt Trampoli AB have been shortlisted for Restaurant Award in The International Hotel and Property Awards 2017.

They wanted it to be clearly Japanese, without resorting to cliches.  To be multifunctional but inviting at the same time. For Stylt, it was important to create an experience not just with an initial wow-factor but something that the guests would want to experience more than once – timeless, elegant, striking. Especially as it would have to appeal to the very worldly, choosy Stockholm audience. The solution came in the shape of shou sugi ban – wood that has been treated with fire to make it water resistant – a traditional Japanese material not often seen outside Japan, but which ticked all the boxes in terms of originality, drama and beauty.

Stylt Trampoli’s favourite aspect of the project was the contrast between the sooty, cracked walls and the glowing velvet seats. The design works because it is a seamless part of a carefully designed guest experience. Because it is based on a strong, strategic concept, it is meaningful as well as gorgeous, durable and commercially effective.