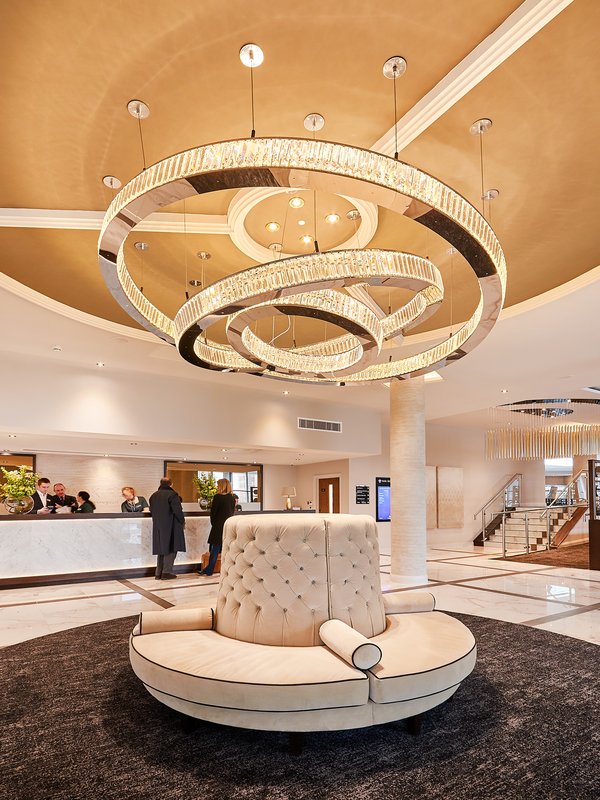 design et al are delighted to announce that Tibbatts Abel have been shortlisted for Lobby/Public Areas/Lounge Award in The International Hotel and Property Awards 2016.

Tibbatts Abel were commissioned to design all public areas in the first Park Regis Hotel in Europe. Working in close partnership with Seven Capital, 5 Ways Hospitality and also the main contractor, Colmore Tang on the re-development. This project received a £50 million pound injection to introduce Europe to the brand’s portfolio which currently spans Australia, Singapore, Indonesia, India and the United Arab Emirates.

Park Regis Birmingham opened in Spring 2016 and introduces a stunning and luxurious hotel, reinvigorating this area of Birmingham. Tibbatts Abel worked closely with the design all public areas of PRB. With effective use of texture, colour and shape – a beautifully bespoke hotel space has been created. The regeneration of this area is further supported through this project’s use of local craftsmen, contractors and trades. A wealth of regionally sourced materials and products are highlighted throughout the hotel.

The public areas within the hotel include the reception areas, 1565 Restaurant, Bar & Lounge, Shakina Urban Spa, all conferencing, meeting rooms and banqueting areas as well as Rofuto, a Japanese Izakaya style restaurant and bar located on the 16th floor of the hotel tower, Elements throughout of Carrara marble, brass and crystal really add to this opulent ‘feel’ envisioned by the designers. The subtle, neutral colour palette conveys a space which exudes style, quality and comfort. Since the hotel opened its doors in April 2016, it has received many positive feedback. The team are delighted to see so many individual elements come together to form a coherent and comprehensive scheme. With Tibbatts Abel main office being located in Birmingham, through this project, they were able to bring further interest and development to Birmingham.