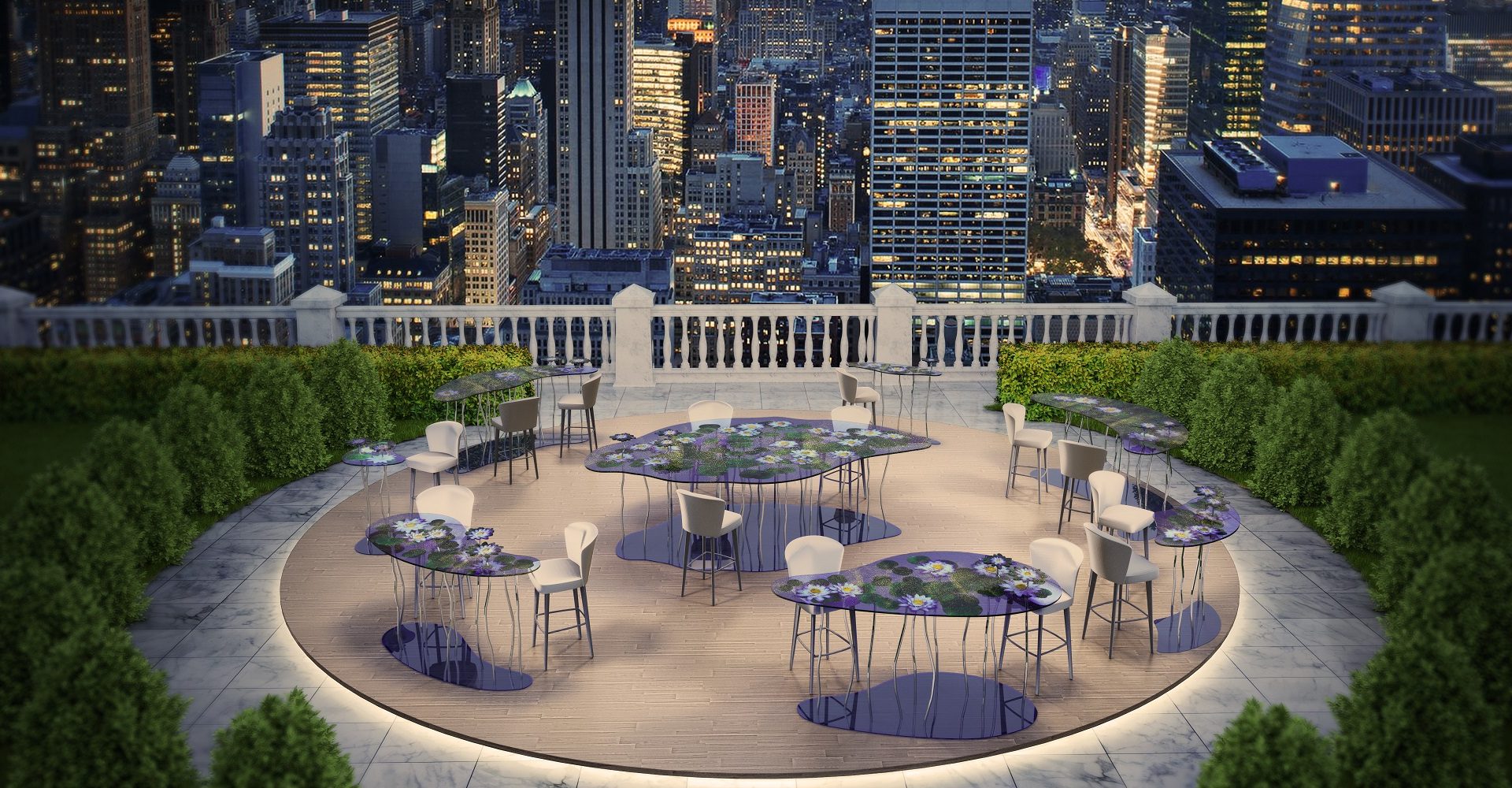 design et al are delighted to announce that UNICA has been shortlisted for  Table  Award in The International Design & Architecture Awards 2019.

Fioriture collection arises from the precise desire of the client to create magical environments in which the energy flows as in a “secret garden”. Places of wonder and wonder where the eye never gets tired of observing.

The ambitious challenge that was posed to the designers was to be able to create products that could give life to unique environments in which nature was recognised as the undisputed protagonist; spaces that despite being inside buildings, could bring back the suggestions of the external places, overflowing with life and energy. Places where the soul can feel at home, welcomed by those same elements from which it comes.

Making this collection composed of a table with seven appendices that dilated and multiplied its spatial dimension towards the infinite was Unica’s response to the precise desire to recreate that suggestion that only a field of flowers under a blue sky can give to the observer. The magic of a flower garden in which the colours and shapes of plant species can exist, always, regardless of place and time.

The different flowers have been chosen as a symbol and emblem of this project that is developed in infinite variations, as many as there are existing floral species, a project that can be adapted to any place, to any character and personality.

In the language of flowers and plants the poppy with red petals represents sleep and oblivion, as well as the dormant pride. In Greek mythology Morpheus, the god of dreams, was represented with a bunch of poppies in his hands. And so, similarly, in a project that translated a dream into reality, it was almost natural to choose the poppy.