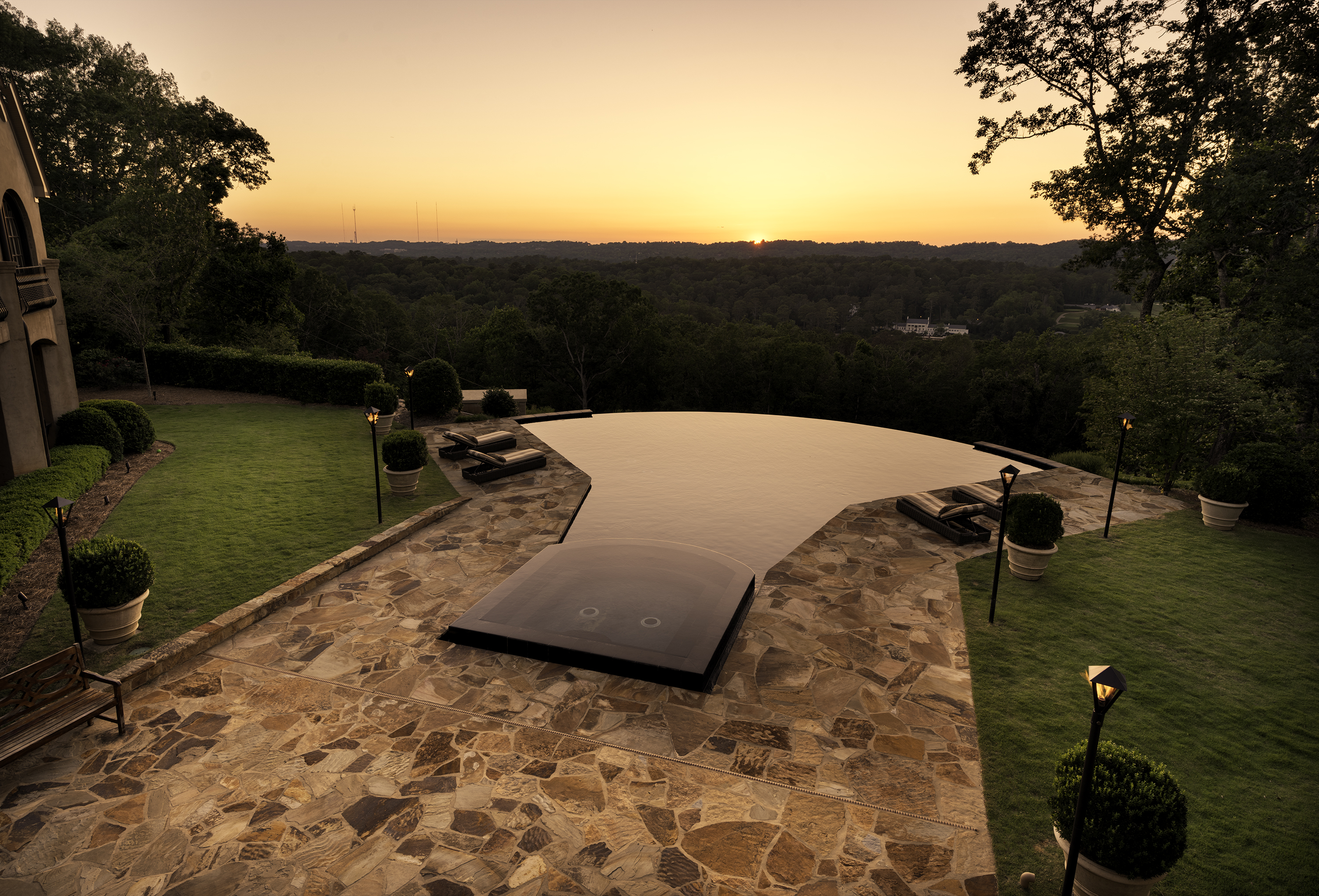 Congratulations to Vickers Pools of the Southeast Inc. shortlisted for Residential Swimming Pool Award in The International Design & Architecture Awards 2017

design et al are delighted to announce that Vickers Pools of the Southeast Inc. have been shortlisted for Residential Swimming Pool Award within The International Design and Architecture Awards 2017.

In 2015, Vickers Pools of the Southeast were commissioned to design and build a luxury water-shape for the owner, Jeff Smith, a successful entrepreneur who purchased the Briarcliff Estate from one of the area’s leading financial professionals. The estate was originally built in the early 1900s by another successful immigrant entrepreneur. As it is one of the first homes of its size in the area it has long been an historical jewel of the city. Key goals were to provide the client with a visual gateway to the sunset vista, whilst allowing ease of entry from its many rooms directly to the feature. The open-armed shape of the pool complements its elevation, looking down onto the Mountain Brook Country Club. The reflected view of the next mountain to the west, captures the Vulcan Statue, a symbol of the “Magic City”, first erected in 1904 as Birmingham became a worldwide hub for iron ore extraction and steel fabrication. Accordingly, placement and finish of the water feature were paramount in blending the home and pool together with the Vulcan.

The chosen black finishes were kept simple in colour. This dark finish strengthens the reflection of the vista and its backdrop, drawing attention to the peaceful setting beyond the vanishing edge. The spa interior and raised exterior are wrapped in pure black granite, in addition to the pool waterline, seating, steps and vanishing edge detail. The pool and tanning ledge that surrounds the spa are finished in Black Pebble Fina, while sixteen underwater LED colour bullet lights remain hidden until illuminated. Jason Vickers’s favourite aspect of the Briarcliff Estate project is said to be the way the sunset appears over the vanishing pool edge. The design works well due to its symmetry and balance within the outside space, with thanks to the master craftsmen used within all aspects of construction and design. The pool opens itself up to the vista the further away from the home it gets, which maximises enjoyment of the edge detail mixed with its environment.

VICKERS POOLS OF THE SOUTHEAST INC.