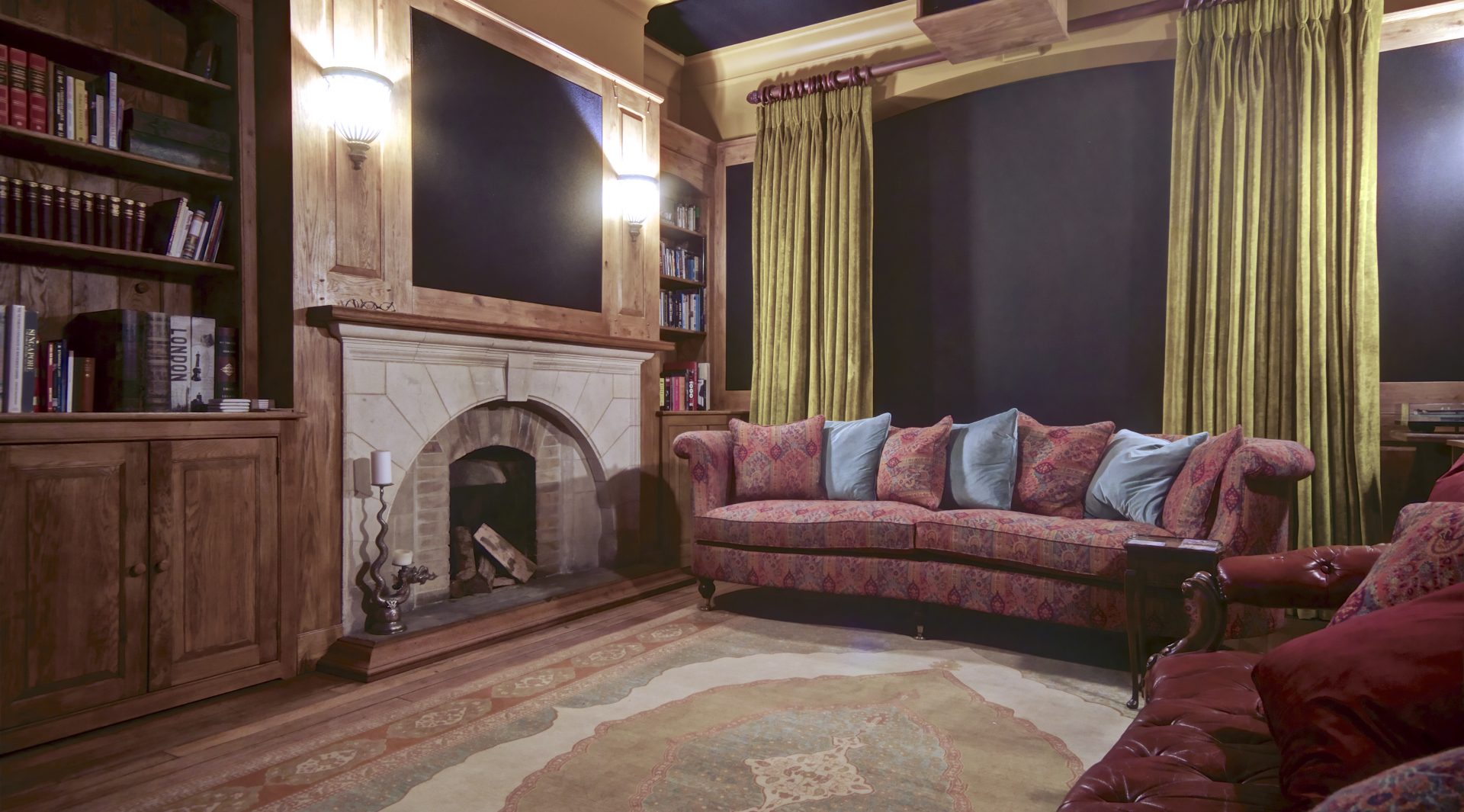 design et al are delighted to announce that Cotswold Home Cinema have been shortlisted for Home Cinema Award in The International Design and Architecture Awards 2019.

Cotswold Home Cinema were given a brief to create a cinema room that delivers the very best cinema experience possible, whilst remaining sympathetic to its surroundings. The property dates back to the early 18th century, with several Victorian additions, and has retained a wealth of original features.

Cotswold Home Cinema designed the room to look like an oak-panelled drawing-room, which would allow the room to seamlessly integrate with the rest of the house, as a number of the rooms featured original oak panelling. Whilst oak panels don’t naturally lend themselves to a cinema room environment, Cotswold Home Cinema felt with the use of Trinnov amplification and calculated acoustic treatments, they could overcome any audio issues the reflective wood surfaces may create.

The wooden panelling would also keep the speakers out of view, by creating sections within the wood that Cotswold Home Cinema could use to hide the speakers, by covering them with acoustic fabric panels that would be printed with artwork of the client’s choosing, eventually making them appear as though they were pieces of art set into the panelling.

There were features the client wanted to keep, such as the picture rail around the top of the room, the original stone fireplace and the two bay windows – all of which created certain difficulties when designing the room, however, Cotswold Home Cinema saw each of these elements as an opportunity to create some unique features that would add character to the room.

A plethora of sources have been flawlessly worked into the AV system, and with all the equipment and speakers hidden out of sight and the screen covered with coordinating curtains, the room certainly does not appear as though it is a home cinema room, while it’s not in use.

The entire room has been carefully created to blend effortlessly with the existing décor around the house, using features such as protruding tenon dowels and four-leaf clover air vents in the skirting, which allow the room to integrate seamlessly with the rest of the house – even the bevelled edge of the panels matches those in other rooms within the house.