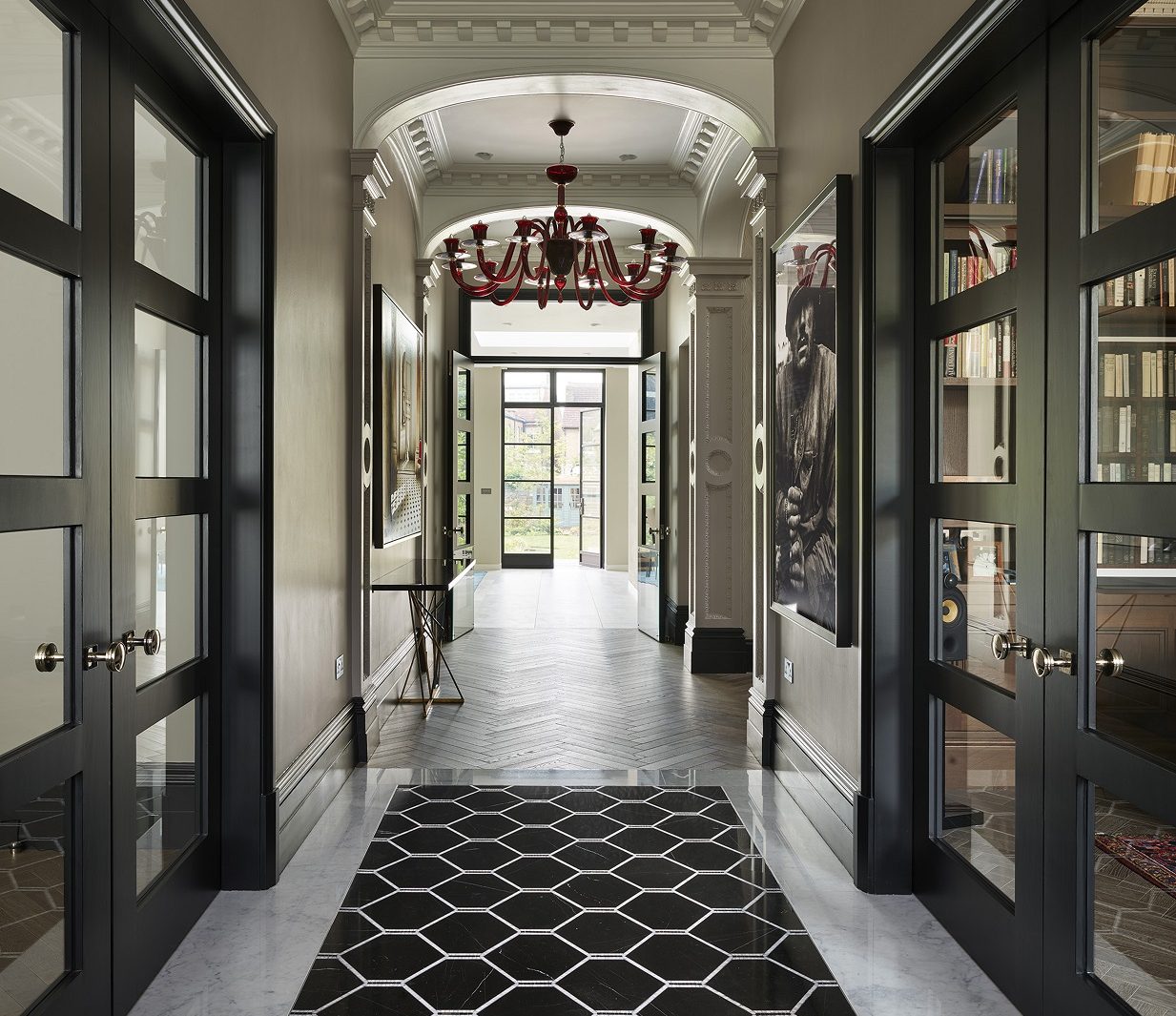 design et al are delighted to announce that Creativemass have been shortlisted for Luxury Residence – London Award within The International Design and Architecture Awards 2018.

Creativemass architects were commissioned to transform and extend an old dilapidated Victorian building in Barnes, SW London, from 11 self-contained bed-sits back into a single-family home. The clients were an American family whose brief was to create a new comfortable home with multiple social spaces for the family to come together. The property is a detached three-storey Victorian property, identified as a Building of Townscape Merit, constructed in the late 19th century, and set within a conservation area. The aim for creativemass was to strip the property back and remove the rear extensions that had been previously added, along with the many internal partitions used to create the bed-sits which prevented any sense of coherence within the property, and unfortunately had also resulted in the loss of many original features internally.

Creativemass proposed to restore the house to its former glory as a substantial Victorian villa, and to allow the transition from traditional original features that were uncovered and retained at the front of the property to more contemporary new additions at the side and rear. Creativemass re-established and reinforced a strong axis through the house, and a connection from the front door to the garden, thus ensuring the most impressive and uplifting sense upon arrival. This at once added to the grandeur of the building yet also softened the formality by seemingly drawing the garden into the house. The alterations included the large extension to the rear and side, a new social basement under the entire new footprint (which featured a large terraced lightwell ‘garden’ with cascading planting), and the conversion of the loft space into bedroom accommodation.

It was clear that the house should be warm, light, welcoming and very robust, as the clients wanted this to be a place where both theirs and their children’s friends would want to come. All the living accommodation and bedroom spaces have been designed to allow as much natural daylight as possible throughout the house. Each individual space within the house has been given its own sense of identity, in part through our design of bespoke joinery; from the dark smoky timber panelling and ‘library’ shelving of the home office, to the more contemporary dynamic form of the joinery in the games room, designed to encourage ‘lounging’ and social interaction.

The rear extension was designed as an elegant new addition to the existing house and was constructed in a complimentary stock brick, with bespoke ‘Crittall’ style glazing providing a high-quality finish which complimented the more traditional bespoke internal doors and painted timber windows, whilst clearly differentiating them from each other in terms of style. The house has been transformed, through restoration and addition into a wonderful family home. Despite being of a substantial scale, it feels both welcoming and comforting, whilst providing an uplifting sequence of spaces, with a great sense of coherence and orientation throughout the house, and a wonderful integration of daylight where possible.