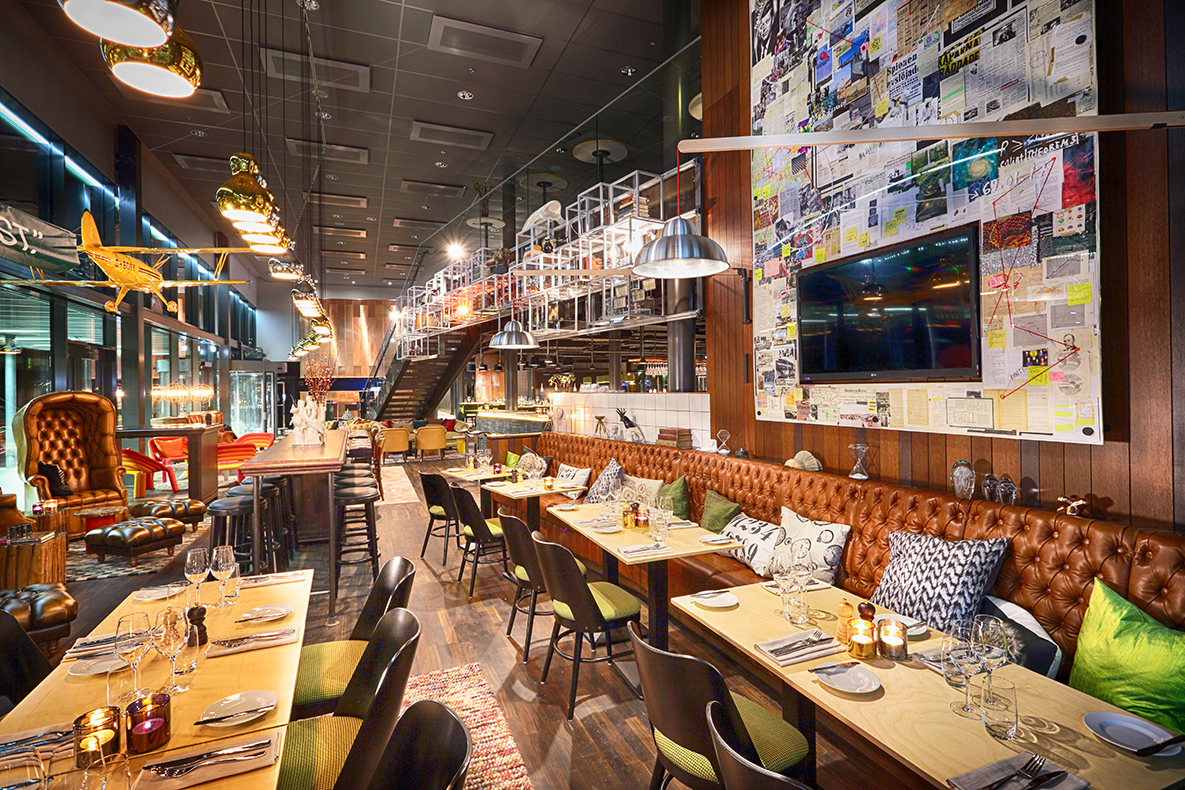 Cuckoo’s Nest at the Radisson Blu Riverside Hotel in Gothenburg, submitted by designers Stylt Trampoli has been shortlisted for the International Design and Architecture Awards 2013.

“Radisson Blu Riverside Hotel is situated in what used to be one of Gothenburg’s old shipyard districts, Lindholmen. Today the area is host to a new and different kind of arena. The Lindholmen Science Park has developed into one of the leading forums for innovation, research and education within science, new technologies and communication. With this in mind, our mission has been to establish an interior concept for the restaurant and bar of the hotel, neighbouring the science park.

As the line between genius and madness is subtle, we named the restaurant Cuckoo’s Nest. This is a meeting place for visionaries and dreamers, creators and contrary thinkers, innovators and possibility-people.

Having drawn on inspiration from the local surroundings, we have incorporated features that give a heightened sense of scientific thinking. Certain design elements have been inspired by classic British libraries, the Swedish classroom and laboratory milieu’s, to help enhance the guests experience and leave room for scientific thinking to develop. An example is the thinker’s chair, which is a large leather armchair that creates a private one-man alcove. These various features enhance the consumers experience and help turn the place itself into a destination for not only the visiting tourist, or the occupants of Lindholmen, but also for the city of Gothenburg. By opening the door for the possibilities of scientific sharing, the new restaurant becomes a natural meeting ground worthy of everyone who knows that there never was a genius without a tincture of madness.”