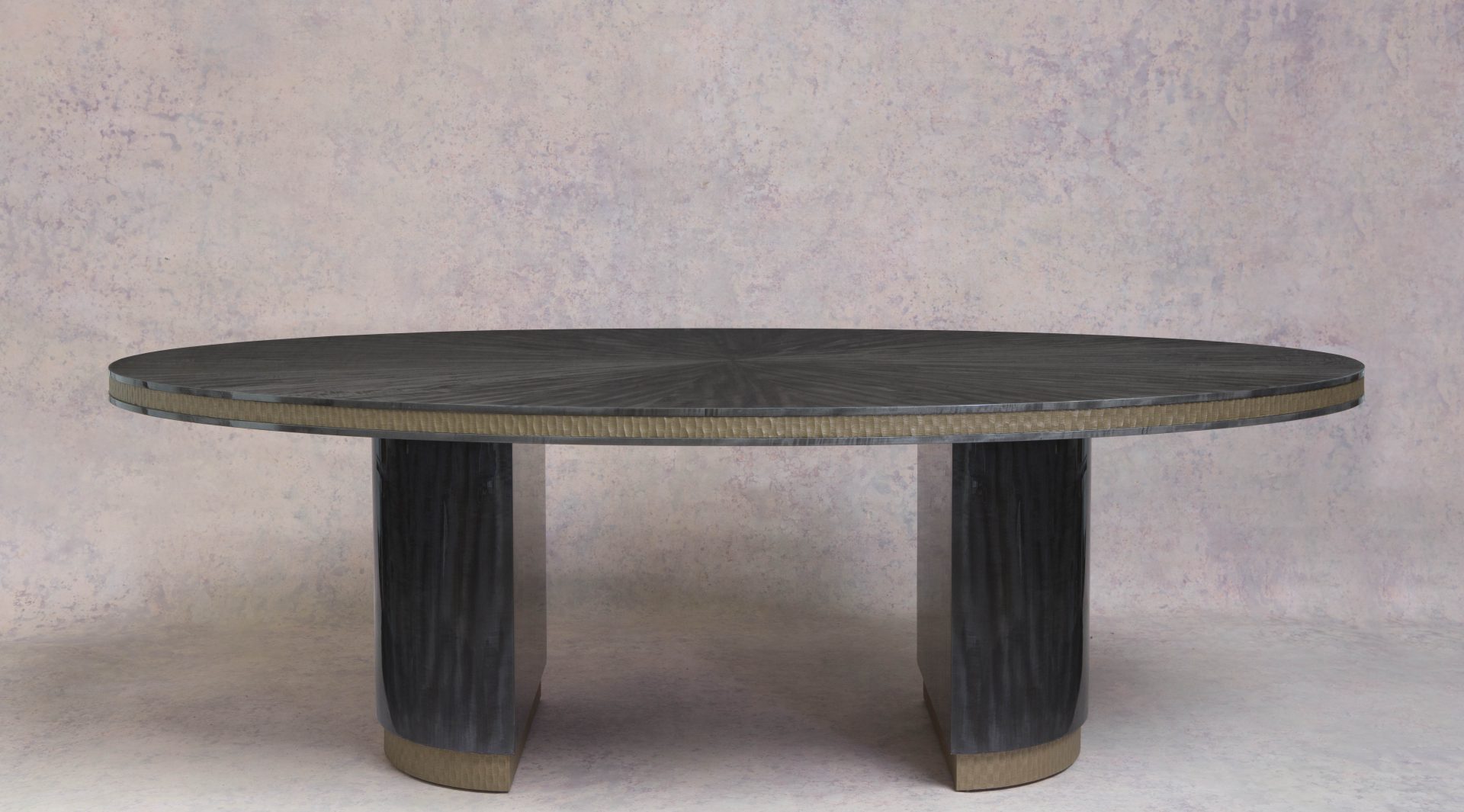 design et al are delighted to announce that Davidson London has been shortlisted for Table Design Award in The International Design & Architecture Awards 2019.

This stunning dining table design celebrates Davidson London’s first collaboration to date and twenty-five-year friendship with Taylor Howes. It is the result of a six-month collaborative process which is hand carved and finished in a beautiful high gloss pebble anegre wood with a luxurious bronze relief inlaid to the edge and base. The table, which in homage to the philosophy of both firms is more akin to an art piece, boasts an eye-catching radial pattern on its surface and is a demonstration of the very best in British craftsmanship.

It took six craftsmen and designers from the respective studios some three months to develop the prototype. The concept of the table was born out of the timeless nature of Davidson London’s existing pieces and the inherent nature of dining tables traversing decades, being passed on from generation to generation. Taylor Howes explored the nature of passing time and how this might be represented in the design, focusing their thoughts on a single day – from dawn to dusk. This image inspired the bronze relief set within the table frieze and at the base, which is reflective of the image of sun hitting rippled water at sunrise and the soft evening tone as it sets at night. It was decided that the shape of the table should be oval, as it continued the theme, with the continual loop, a never-ending passage of time. This was then followed through in the base, where the team created two semi-circular elements.

Speaking with Karen Howes, CEO and Founder of Taylor Howes, “We are known in the studio for our finishes and detailing and “The Howes Dining Table” is no exception to this. Working with Davidson has been a great journey; we’ve loved every part of it, from the early consultations to the unveiling of the finished piece. The table is a true celebration and exemplar of British craftsmanship, conceived in our studio by our in-house designers, the skilled team at Davidson London then brought it to life, it is part of our commitment to preserve and uphold British craftsmanship”.