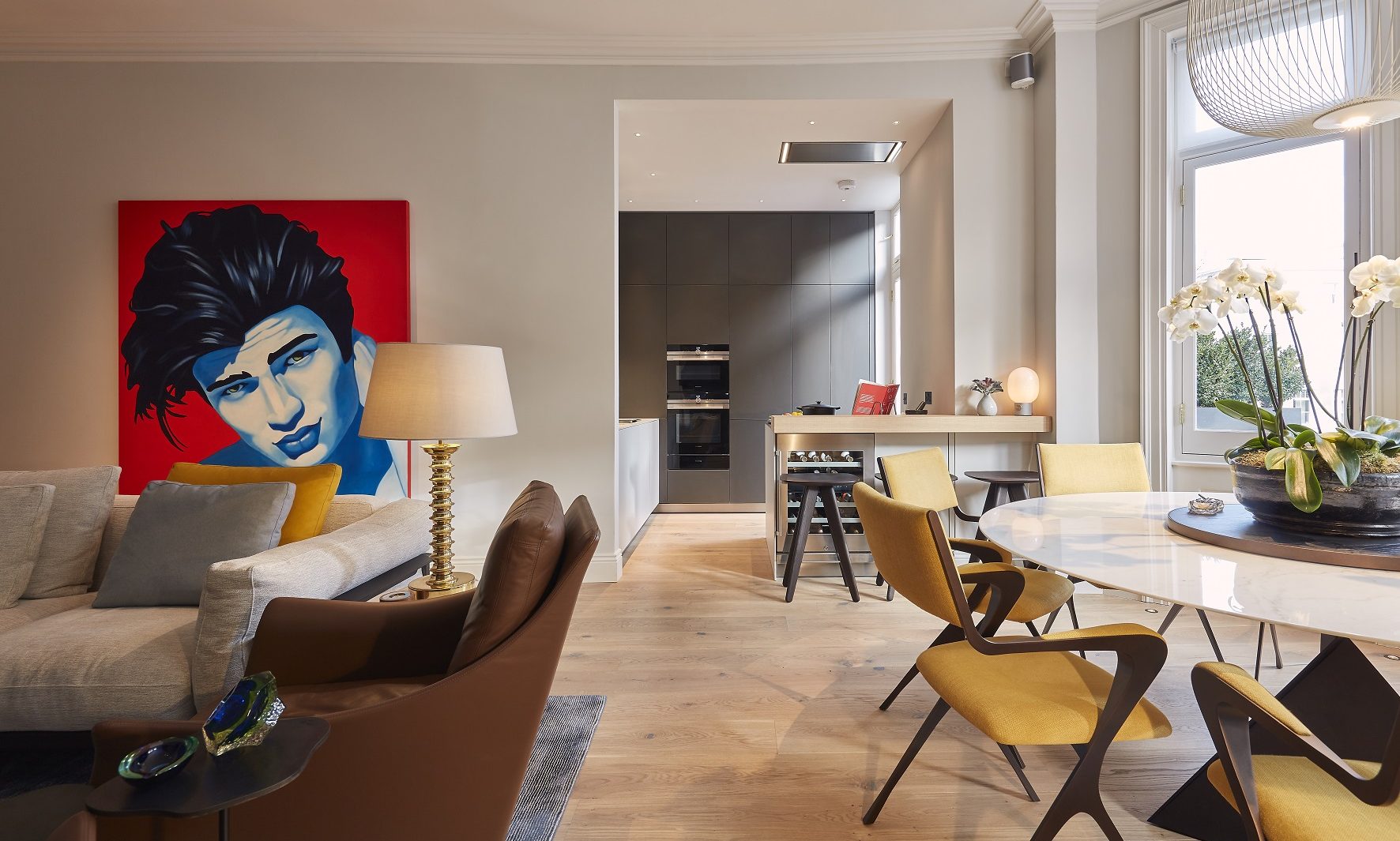 Congratulations to Designed by Woulfe shortlisted for Residential £1-2.5 Million (Property by Value) Award in The International Design & Architecture Awards 2018

design et al are delighted to announce that Designed by Woulfe have been shortlisted for Residential £1-2.5 Million (Property by Value) Award within The International Design and Architecture Awards 2018.

This project is a combination of eras, the scheme throws-back to an Art Deco world of cocktail lounges and golden accents, a jewel of a refurbishment in a late-Edwardian build. The brief given to Designed by Woulfe was to create a social space to relax, socialise and entertain. The project was a tripartite endeavour, consisting of complete refurbishment, decoration, and producing completely bespoke furniture, from the kitchen to the wardrobes.

The design brief entailed some dramatic architectural changes to the original property, as Designed by Woulfe wanted to retain the Edwardian grandeur of the build. The design team raised the ceiling height by a metre, giving the home a lofty, airy feel that adds to the sense of tradition about the scheme. Despite the clearly contemporary design silhouettes throughout, the space does not lose a sense of its late-19th century history. On top of the added height, Designed by Woulfe kept and exaggerated the original cornicing and door details. To give this home an even more visceral sense of weightlessness, the designers supplemented the high ceilings with a design that allowed end-to-end natural light. From the far end of the dining area nestled into the curve of a bay window, to the terrace of the master bedroom, large sash windows provide light all hours of the day.

Lighting was a key part of the brief, and is usually the starting point for most of Designed by Woulfe’s projects. The design team started with lighting specifications to suit the dramatic art that they wanted to incorporate into the scheme. Visitors to this project often liken the downlights dotted around the home to constellations, as they appear to be placed randomly. However, the designers made sure that each painting had its own downlights to create a pool of light around it from above. This is the same in the bedroom, where different sections are lit accordingly. The curtains hang below two downlights that create an almost theatrical atmosphere, while brass pendant lights provide a soothing glow next to the large ottoman bed.

Designed by Woulfe wanted to avoid creating a beige or grayscale interior, which many people seem to equate with modern, luxurious interiors. The team wanted to experiment with tone and colour, from the navy of the living space to the duskiest of pinks in the bedroom. The selections that were finalised are not overtly masculine or feminine, but that sweet spot in between. According to Designed by Woulfe, it is so easy to slip into a stereotypically masculine or feminine aesthetic, and they believe it shows real awareness and intelligence if you can create a space that fuses or refuses gender connotations.