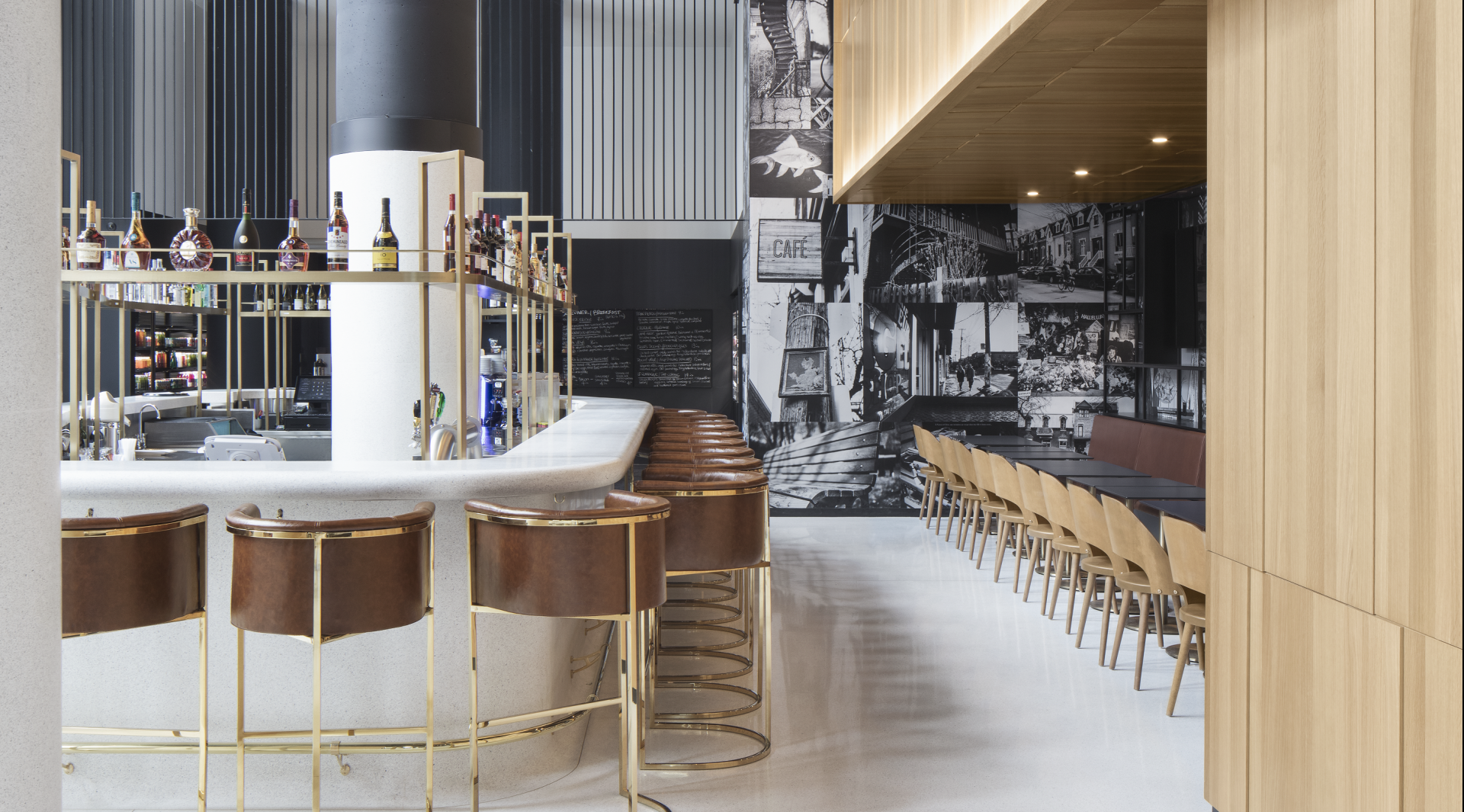 Tell us a little about your background in design (education, experience, etc)

Maxime-Alexis Frappier graduated from the Université de Montréal School of Architecture in 2000 where he received the “Canadian Architect Student Award of Excellence” for his thesis project. The quality and originality of his portfolio have propelled Maxime-Alexis Frappier at the top of Canada’s new generation of architects. In 2013, he received the Young Architect Award from the Royal Architectural Institute of Canada. The projects he has built have been broadly published and have earned him several excellence awards, such as the Governor General’s Medal in Architecture. In September 2006, he co-founded the firm ACDF, which has designed a wide variety of architectural projects in Canada and around the world throughout the years. As the firm’s lead designer, Maxime-Alexis Frappier develops every project around a rich and inspiring narrative.

How would you describe your personal interior design style?

Maxime Frappier and his design collaborators like to use contrasts to design places that not only capture the attention of its users, but also initiate a dialogue with them and enhance their sense of comfort.

Where does your design inspiration come from?

Maxime Frappier is a fundamentally contemplative person who likes to be absorbed in the careful observation of a place, a person, a play on lights, noises, etc. In addition to his ability to be inspired by all the different elements of a site, Mr. Frappier is very often inspired by the functional constraints of the architectural program and seeks to design spaces that reflect the programmatic uses for which they are designed.

In what direction do you feel that design is moving towards in a general sense?

Mr. Frappier believes that the design industry is moving towards a design process that focuses first and foremost on human factors in order to create spaces marked by livability.

Name five key themes to consider when approaching design in 2019 and beyond.

If you could offer one piece of advice when it comes to interior design schemes, what would it be?

Before getting too quickly into the choice of materials and defining assembly principles, it is essential to set up a concept, a design narrative that defines a global vision able to properly guide designers through of all the stages in the realisation of a project. The act of designing a space must go far beyond the simple assembly of materials and objects, it must emanate from a rigorous, planned and calculated design process. That being said, it is also important to keep room for a more intuitive design approach that can often energise a place by creating moments of surprises and inconsistencies that sometimes help to appreciate more the overall composition.

How important are The International Hotel & Property Awards as recognition of talent and achievement?

What projects are you currently working on?

We are currently working on several large-scale projects in the Vancouver area (Canada) including the 40-storey high-rise residential tower The Pacific by Grosvenor, the West Pender Hotel Vancouver which will include 300 rooms and 60 housing units, the 35-storey Avani Center in Surrey that will feature a 110-room hotel and 220 housing units. We are also starting the design of a 35-storey mixed-use tower in Toronto, Canada, in addition to several ongoing projects in the Montreal area where our head office is located. At another scale, we are currently conducting an exhibition on world-renowned architect Roger Taillibert, which will be presented in the summer of 2019 at the Diane Dufresne Art Center we recently designed.

What are your aims and goals for the next twelve months?

We want to seize all the opportunities currently available to us both in Canada and abroad and share our design approach that aims to create a well-balanced architecture between efficiency and flamboyance.

Final thoughts; tell us a little more about yourself and your daily inspirations:

Your most treasured possession?  My little MF toy-tractor with which I played so much in my youth.

Your favourite book, film & song? All the James Bond movies, Crave You by Flight Facilities

Your favourite way to spend an afternoon? Listening to music while working on a great project – skiing with my children and my wife during winter.

If you weren’t a designer, what would you be? Opera singer