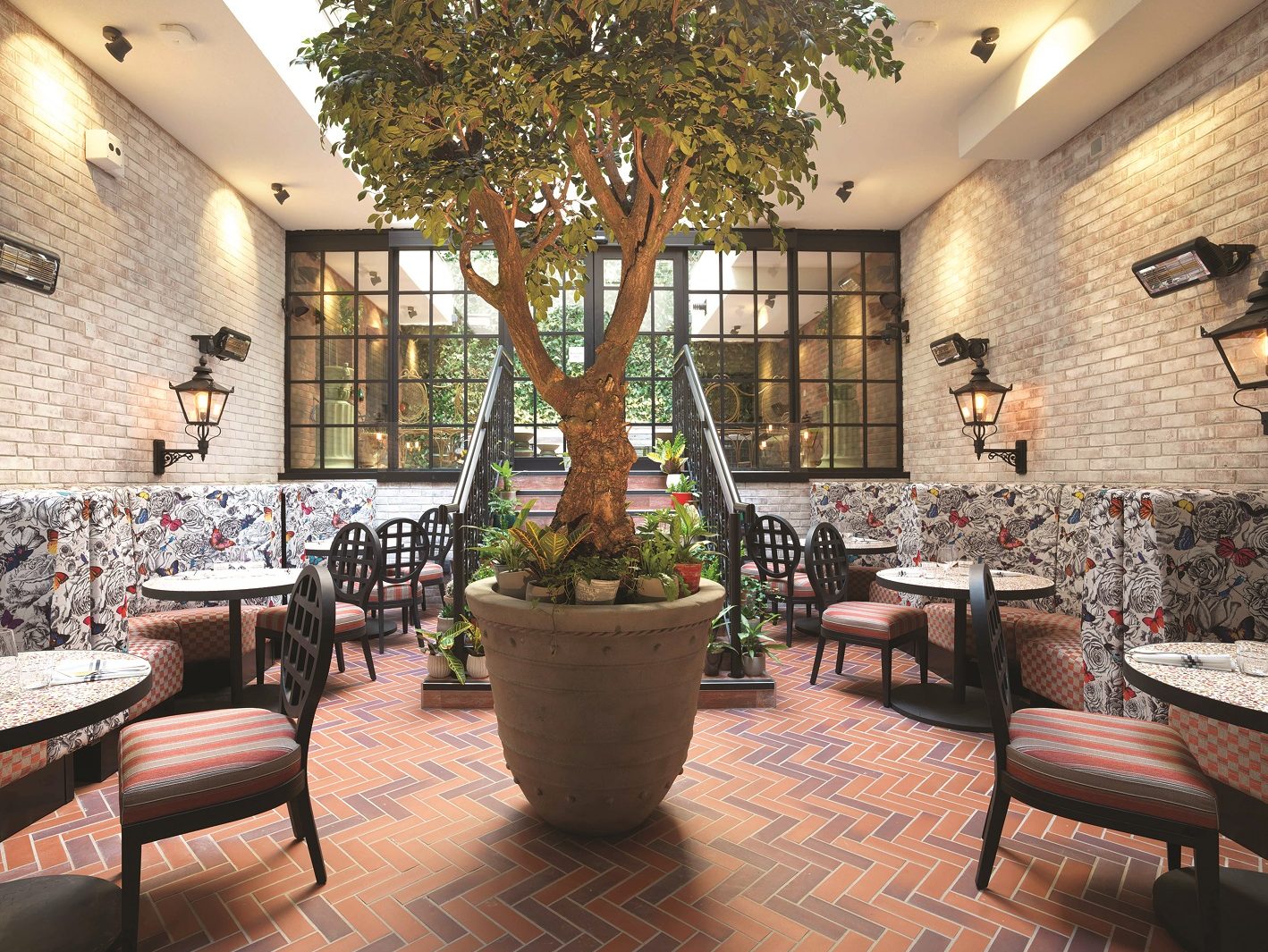 design et al are delighted to announce that Dexter Moren Associates have been shortlisted for Hotel Under 200 Rooms – Europe Award in The International Hotel and Property Awards 2018.

Michael Achenbaum of Gansevoort Hotel Group had a decade long vision to create a conceptual venue in London: an exciting and high-profile hotel, restaurant, and members’ club and GHG’s first hotel in Europe. Achenbaum wanted to be in an area that is ahead of the curve, but also growing organically, and to appeal to like-minded and forward-thinking creatives. His chosen location was the site of a former 1970s office block in Shoreditch, an area with a rich industrial heritage that is currently home to both high-tech and creative industries. Achenbaum was inspired by the area’s history, diversity, street artists and technology start-ups.

Gansevoort Hotel Group is famous for its two stunning hotels in New York with signature rooftop pools boasting spectacular views across the Manhattan skyline. Achenbaum, while desiring this new venue to be of the same high standard as its sister hotels across the Atlantic, wanted this one to have an identity of its own, forged from its locality, drawing in visitors to the area and locals alike to create a vibrant venue that would become part of its community. He hired architects Dexter Moren Associates to transform this vision into reality. The brief for this brand new, exciting, and vibrant venue needed to be firmly rooted in its neighbourhood. An abundance of 19th century period architecture remains in the area and is now being used for modern purposes. Previous to the site’s 1970s office building, a colour warehouse and cabinet factory had occupied the site until 1922, so the new-build venue required a design that reflected this legacy.

The brief also called for a venue that would make a positive contribution to its present and future neighbourhood, currently the unofficially christened cool capital of London. The new venue needed to realise Achenbaum’s dream of bringing together an eclectic mix of users and programmes with the specific intention to encourage unusual moments and interfaces. One of the key features of the project that ties in the Gansevoort brand with unique location of The Curtain is its 1600ft rooftop terrace. With a Moroccan-style heated pool for hotel guests, private members club and LIDO bar and restaurant with a retractable roof, it allows for all-year dining with views of East London’s urban skyline. This Gansevoort signature feature found in its two New York hotels, is adapted for British weather conditions and connects the hotel guests and club members with the neighbourhood through its distinctive panorama of Shoreditch.

Three different types of visitors are catered for seamlessly within one venue: hotel guests, private club members and the general public. Three main street level entrances cater for these different uses: hotel guests access their bedrooms and hotel leisure areas through the hotel’s main lobby entrance, members of the general public visit the Red Rooster restaurant through its own separate entrance, and private club members access exclusive spaces through a separate discreet entrance. Within the hotel, some areas remain separate for different users while others overlap such as the roof terrace with LIDO bar/restaurant and pool which is open to both hotel guests and members but not the general public. A sound proofed music venue, ballroom/conference room and cinema in the basement are available for private hire, members’ only events and for functions available to the public to attend. Billy’s Bar and a flexible co-working area are kept exclusively for private club members while the Red Rooster restaurant is accessible to all.