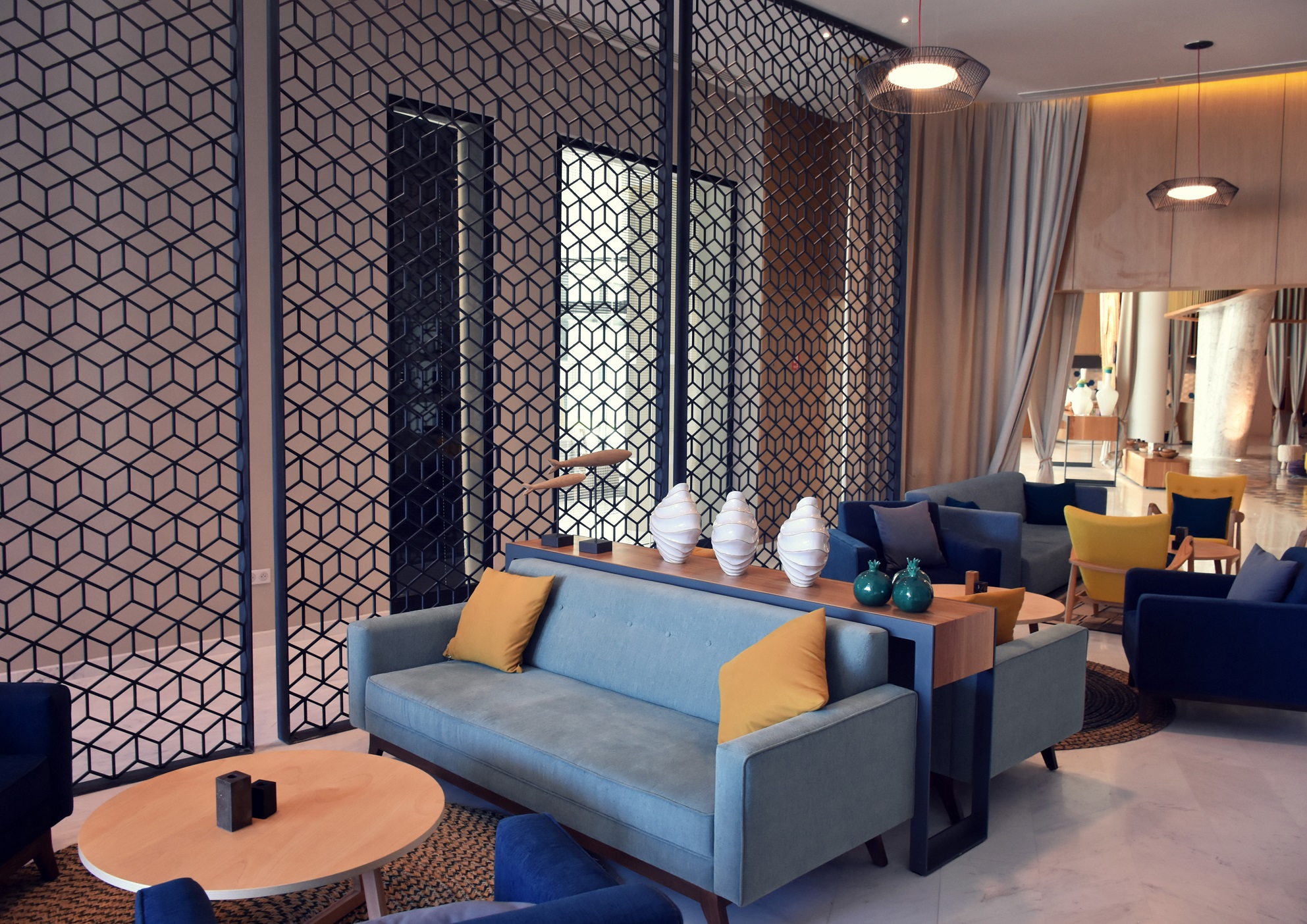 design et al are delighted to announce that Draw Link Group have been shortlisted for Hotel Over 200 Rooms Global Award in The International Hotel and Property Awards 2018.

Draw Link Group were charged with the interior design of the Radisson Blu Resort & Spa in Sousse, Tunisia. The 5-star hotel is located in front of the sea in the coastal city of Sousse, ‘the coast’s pearl’ in Tunisia. The hotel is conveniently located within walking distance of some of Sousse’s main attractions and landmarks. The Radisson Blu Resort & Spa is a mixture of authenticity and innovation, boasting 224 spacious rooms, four meeting rooms, a ballroom, an executive lounge, two outdoor swimming pools, a gym, and a full wellness spa. The guest rooms benefit from stunning views of the Mediterranean Sea.

Draw Link Group considered a modern Mediterranean interior design style in this hotel because it recalls the freshness of the sea and fits well with its location. In fact, the marine atmosphere was developed in many ways such as the use of the decorative objects, the furniture, the materials and the colours. Nonetheless, authenticity was also involved in the hotel’s interior design by using local touches. The key aspect of the project was the mix between the modern Mediterranean contemporary interior design style that recalls the authenticity by using local touches.

The design works because it reflects the vision of the project, a modern Mediterranean contemporary design respecting the international standard; since its operated by an international operator Raddison Blu and maintaining a local design touch, since the hotel is a resort located in front of the sea, targeted customers are mostly tourists. Draw Link Group adopted a contemporary design mixed with some traditional Tunisian touches using the sea blue hues to ensure that the hotel fits in with its surroundings by the beach while maintaining the comfort and functionality of the spaces and the budget of the client.