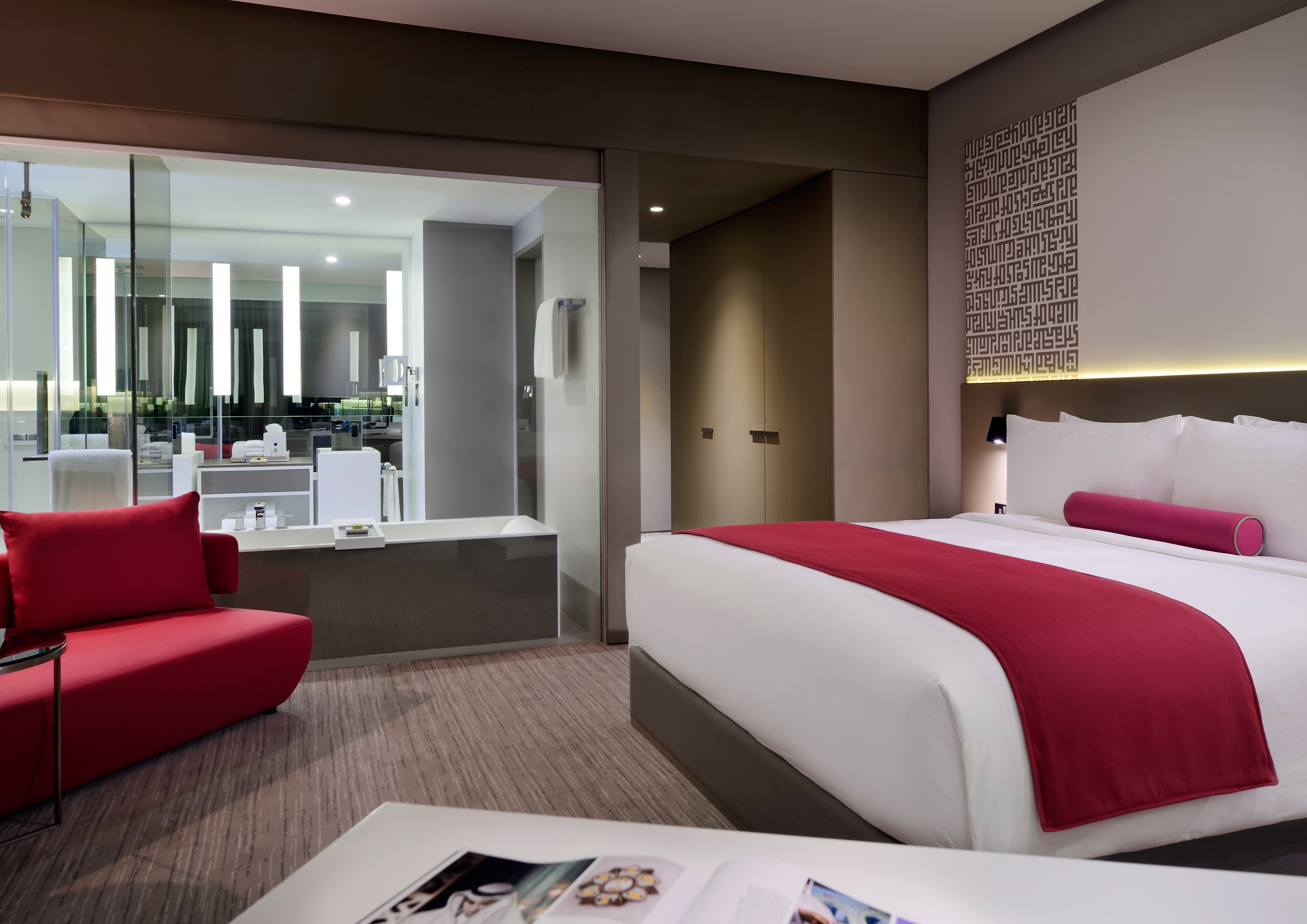 design et al are delighted to announce that Draw Link Group have been shortlisted for Hotel Under 200 Rooms Global Award in The International Hotel and Property Awards 2018.

The visitor when strolling through the hotel feels like he is inside a museum. A special focus has been completed on the lighting in order to emphasize the artwork’s value while wandering around. The works are highlighted and studied through the staging of lights, they aim to be in favour of the art through using a perfect mastery of the daylight and the artificial lighting. The artworks seem original toward the rapport and the expression of their scale and materials. Its forms mark the space and the spirits of those who explore it.

The “solid surface” is widely used in the room, it is also found in of the bathroom whether through its cladding (walls and floor) and n sanitary wares which introduce a finishing colour. In the same museum concept, the headboard is entirely designed in back lit solid surface as it has been perceived as an artwork. Indeed, calligraphy is engraved to bring an Arabic touch to the space which is enhanced by lights. In addition to simple forms that characterize the design of this room, the choice of materials is focused on a fairly original register which seek an uncommon material effect such as matte.

The key aspect of the project was the challenge of introducing natural light into the interior of the building, to create volumetric space reflecting the concept of elegance and grandiosity. The process was to cut out ceiling and wall sections, the result was astonishing, the natural light reduced the required artificial light and created a more pleasant atmosphere for guests. Draw Link Group believe that the museographic concept design works so well because of its extraordinary little touches, playing a major role in transforming every space into a story. Draw Link Group adopted a contemporary, simple and minimalist design for a 5-star hotel whilst maintaining the comfort, the functionality of the spaces and the budget of the client.