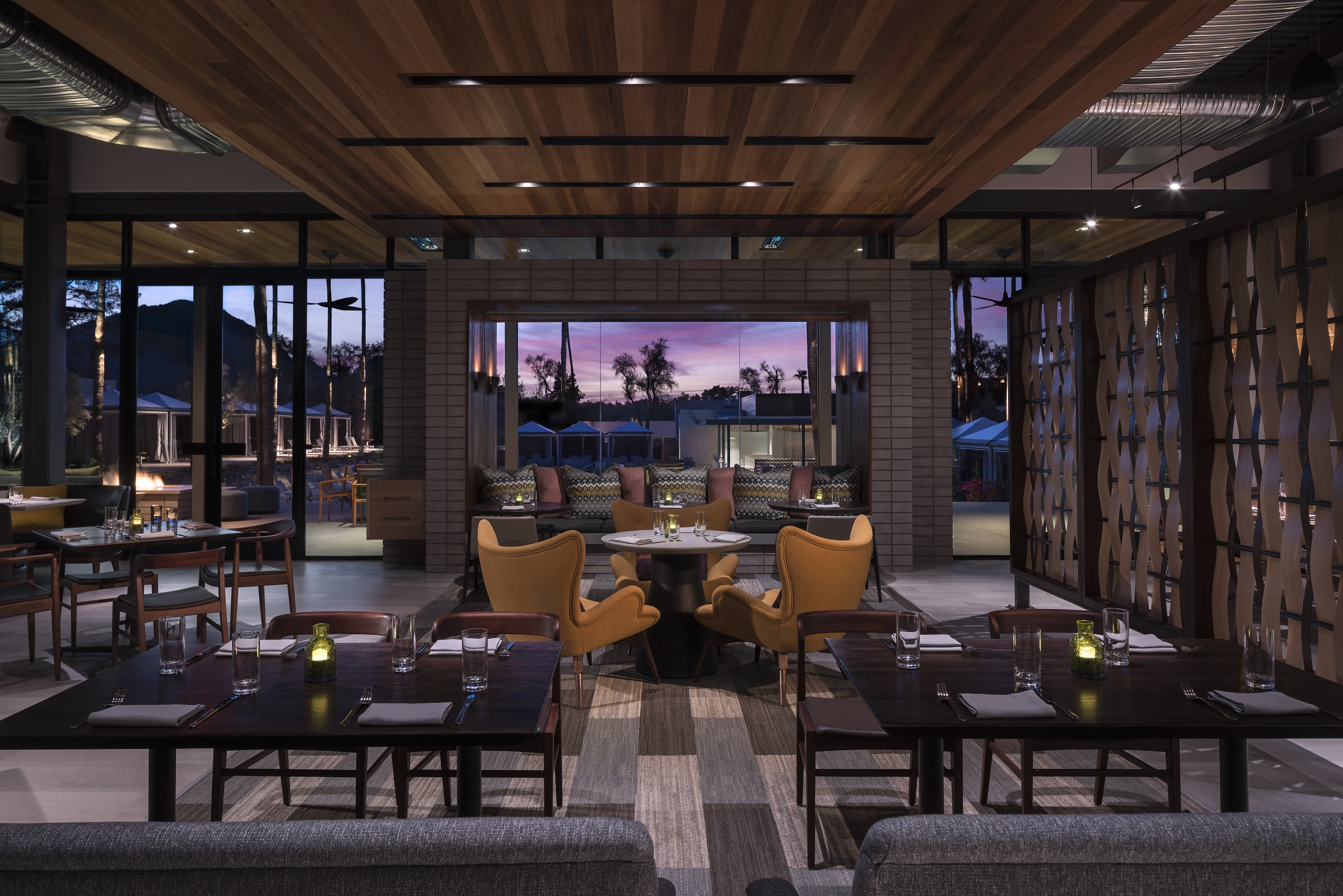 design et al are delighted to announce that EDG Interior Architecture and Design have been shortlisted for Hotel Over 200 Rooms (Americas and Caribbean) Award in The International Hotel and Property Awards 2018.

The desert has long been a landscape of inspiration for artists. The extreme contrast of sun and shadow and the dream-like colours of a Sonoran sunset has beckoned artists to the American Southwest for decades. This unique juxtaposition between art and landscape is the inspiration for Andaz Scottsdale. The design reflects the innovative 1950s desert art scene influenced by architects, artists and graphic designers, including Alexander Girard, Frank Lloyd Wright and Paolo Solari. The rooms and grounds at the Andaz Scottsdale reflect their creative spirit – colour, line, and form all comingle and work in harmony with the natural surroundings.

Located on 23 acres in the shadow of Camelback mountain, the hotel includes 201 bungalow-style guest rooms situated in clusters, reminiscent of an artists’ colony connected by meandering pathways and communal courtyards with fire pits. The hotel has a large pool and sundeck with a spa facility and fitness centre, plus more than 20,000 square feet of indoor and outdoor event space. Each space of the hotel was carefully designed to exude playful minimalism and act as an atelier for the modern traveller.

An aspect that excites EDG is the identity of Andaz Scottsdale Resort & Spa. The hotel is entwined with Cattle Track Arts Compound opened in 1936, Cattle Track fosters artists, jewellers, potters, blacksmiths, printers, and performers to craft their works in an environment that prizes collaboration and creativity. Each guestroom contains original Cattle Track art and the artists frequent the resort to create works, engage with guests, and share their stories. The hotel is uniquely positioned as a casual and luxurious experience without pretence.

The hotel design showcases the unique sense of place that is Scottsdale while at the same time reflecting EDG’s desire to create a modern atelier in the middle of the Sonoran Desert. The idea of “modern” can be found throughout both the interiors as well as architecture in the form of low-slung glass buildings and mid-century modern interiors. The design has truly followed the concept all the way through.