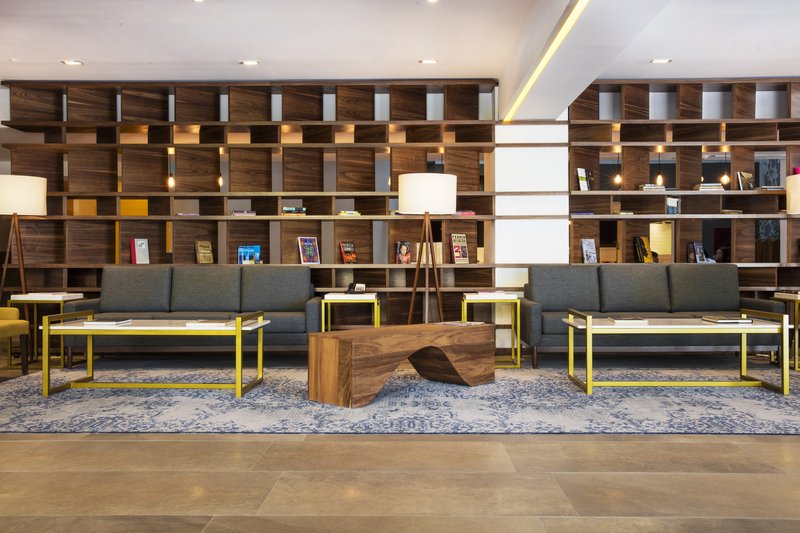 design et al are delighted to announce that Elias Elias have been shortlisted for Hotel Under 200 Rooms Award in The International Hotel and Property Awards 2017.

The task for Elias Elias was to convert an old office building into a modern and stylish 140 rooms hotel in the Western city of Guadalajara, Mexico. This is the first urban project of a new venture for the Krystal hotels that blends materials, forms, colours, and textures creating functional and vibrant spaces that will attract business and cosmopolitan guests alike. One of the main tasks for Elias Elias was the conversion of the building’s atrium into the restaurant and maintaining the staircase as a sculptural focus element.

The architects were able to completely redesign the hotel with a strict budget, making this hotel a truly urban experience. They were able to incorporate the original structure into a well planned hotel rooms. The project for Krystal Urban Hotel Guadalajara consisted of the conversion of an abandoned 1970’s office building into a modern hotel. The challenge was to adapt the existing structure and spaces to the requirements of the hotel by creating a functional and aesthetic space within a limited budget. By maintaining the original building enclosure and structure, it was designed to incorporate the building with a few changes to the design concept with several architectural elements that gave a distinctive character to the project.

The low height beams that were across the rooms and public areas were conceived as a feature of the spaces. The closure of the atrium was converted into the main restaurant of the hotel. The existing central column at the entrance of the lobby was transformed into a piece of art, along with a new sculptured staircase which now greets the guests of the hotel. The façade of the building was completely renovated including waved shaped elements to provide shade and new personality to the building. Its design concept was integrating abstract forms, urban textures and colours thus creating functional spaces filled with light and life. This project was conceived as a prototype for a new category of hotels for “Hoteles Krystal” which will serve to a more modern and cosmopolitan guest.