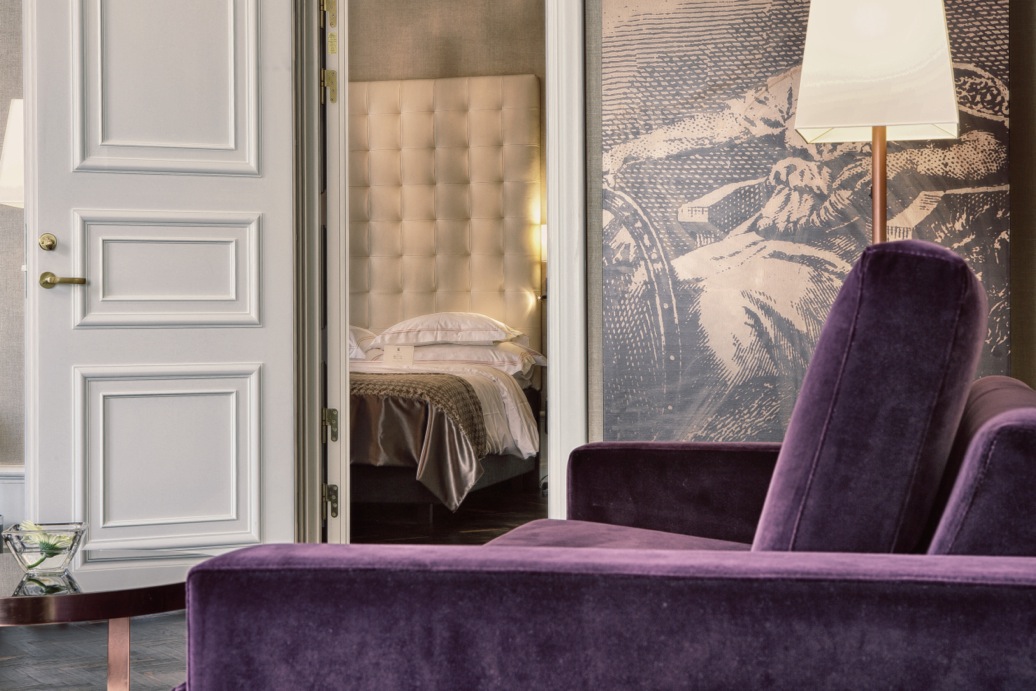 Elite Plaza Gothenburg by design firm Stylt Trampoli has made it through to the shortlist of the International Design & Architecture Awards 2013.

“‘Mother Swea’ is a term that was coined by a man named Anders Leijonstedt in a poem written for the crowning of Carl XI. Soon after, this expression became a national personification of Sweden and used as a representation of the country in its entity. Elite Hotel in Gothenburg, Sweden displays the image of Mother Swea together with her two lions as a proud statue above the entrance to the hotel. The building itself once held an insurance company that went under the name of Svea for over 20 years. When the company began to grow it had to relocate and a large architecture competition was held for the empty building. The winning concept was called “Hear us Svea” and the large statue above the entrance was constructed shortly after. And it is still to this day the first and only rooftop statue in Gothenburg.

Both the personification of the country and the impressive symbol of the building itself paved a natural way for the theme for the renovation of the hotel rooms. The features that have been incorporated have been to illustrate the hotel’s history and the proud national symbol of Sweden. Mother Svea has been used as an illustration on the closet doors throughout the hotel rooms. Furthermore the insurance company’s original logotype has also been displayed on mini bars in order to enhance the buildings historical inheritance. The building itself is a proud symbol for the city of Gothenburg and by further incorporating the features of Mother Svea within the rooms helps strengthen and conceptualize both the buildings pride, but also for the pride of the city occupants themselves.”