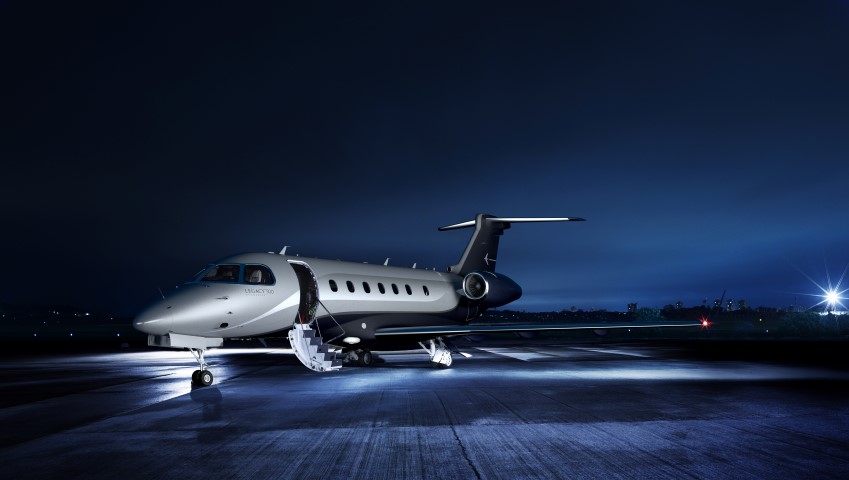 Embraer entered the business aviation market in 2000 with the introduction of the Legacy executive jet. The Legacy’s success led the Company to fully commit to business aviation in 2005, launching Embraer Executive Jets with two clean-sheet design aircraft, the Phenom 100 entry-level jet and the Phenom 300 light jet. Embraer Executive Jets has since developed a full portfolio, positioning the Legacy in the super midsize category as the Legacy 600, adding the large Legacy 650 and the ultra-large Lineage 1000, and launching the clean-sheet design Legacy 500 midsize, which entered service in October 2014 and the Legacy 450 mid-light, expected to be certified later this year.

Completing ten years in the market, Embraer Executive Jets’ fleet has grown to over 850 aircraft now operating in more than 60 countries, having accumulated over one million flight hours. To support customers, the Company has developed a global network of close to 75 owned and authorized service centers, and parts distribution centers, backed by a 24/7 Global Customer Contact Center.

Embraer is the world’s largest manufacturer of commercial jets up to 130 seats, and one of Brazil’s leading exporters. The Company’s headquarters are located in São José dos Campos, São Paulo, with offices, industrial operations and customer service facilities in Brazil, China, France, Portugal, Singapore, and the United States. Founded in 1969, the Company designs, develops, manufactures and sells aircraft and systems for the commercial aviation, executive aviation, and defense and security segments. Embraer also provides after sales support and services to customers worldwide.