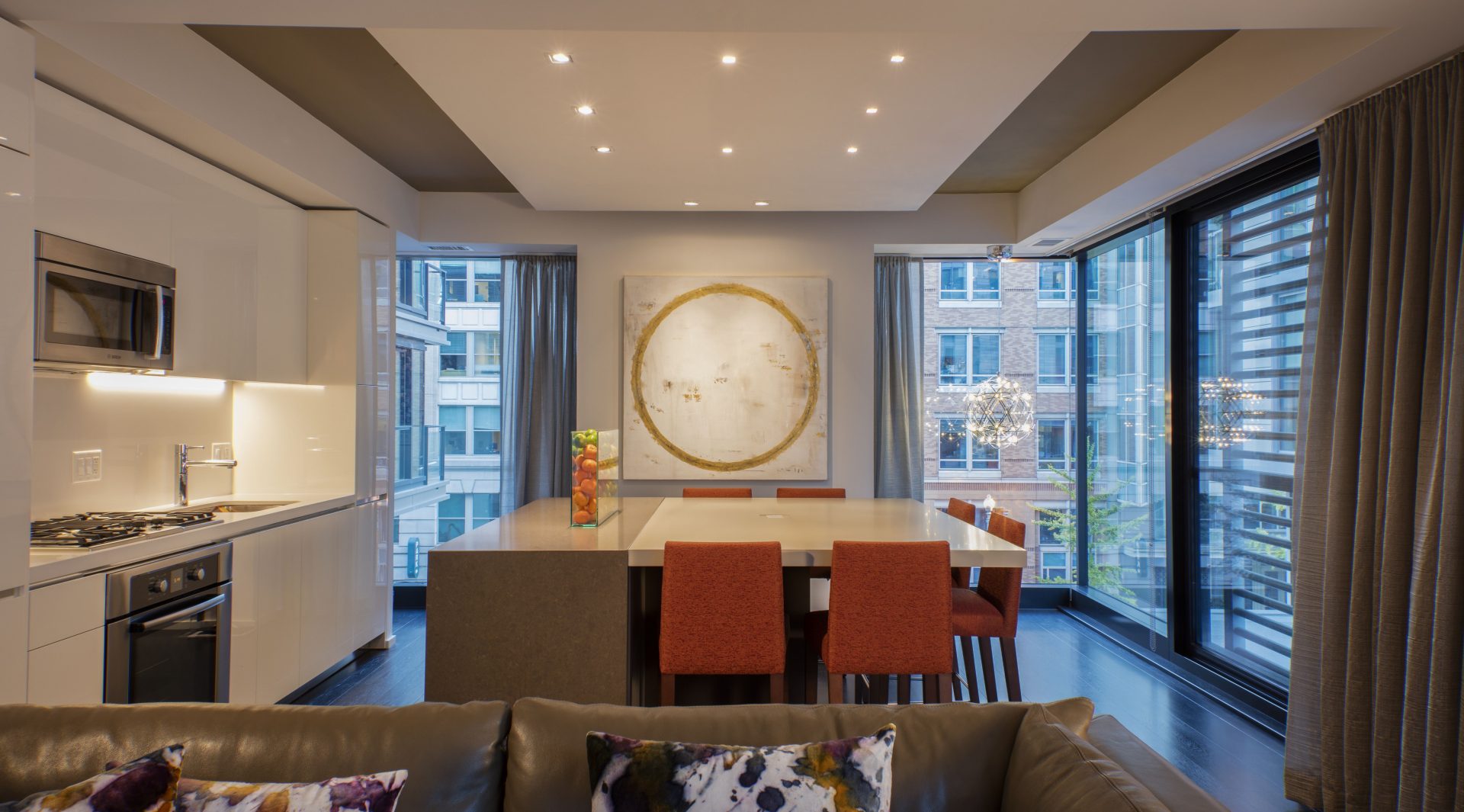 Congratulations to Ernesto Santalla PLLC who have been shortlisted for City Space (Apartment/Penthouse) Award in The International Design & Architecture Awards 2019.

design et al are delighted to announce that Ernesto Santalla PLLC have been shortlisted for City Space (Apartment/Penthouse) Award in The International Design & Architecture Awards 2019.

A 700 square foot unit in a new building development in Washington, D.C., became the perfect choice for a professional photographer and art gallery owner to spend a few days a week in the city, offer accommodations for gallery artists in town for their show openings, and host corporate events. Considerations on how the space needs to work informed the renovation. Given this was a new space, every move had to be strategic and aimed to produce maximum results.

Unquestionably, a great piece of art must be properly lit. The existing track lights gave way to ceiling “clouds” that incorporate lighting for artwork and general illumination in the space. The location provided by the building for a TV did not work. In a space where most of the walls are glass and wall space sparse, it wasn’t going to be given to the television. The solution became to remove a glass wall separating the bedroom from the main living areas in favour of a panelled wall incorporating an invisible door and the television on an articulating arm.

In an apartment with glass on three sides, the glass wall between the living space and the bedroom was odd, at best. There was no need for this space to be open to the living space and the panelled wall includes a small cabinet on the bedroom side. The use of space was maximized with a custom bed and nightstands with large drawers for camera equipment. Given the location of the unit, it’s visible from all angles and having three floor-to-ceiling glass walls, it has what is commonly referred to as the “fishbowl effect.” The passer-by is already looking, so why not give people something to point to? That is how playful light fixtures, spheres of LED light that appear to magically hover above the Plaza came to be.

The design takes its’ cues from the plaza below. The colour of the floor, inspired by the colour below creates the effect the apartment hovers in space. It is immediately evident in the entry. The experience of the space is expanded to the larger outdoor environment, creating the illusion of being in a much larger space.