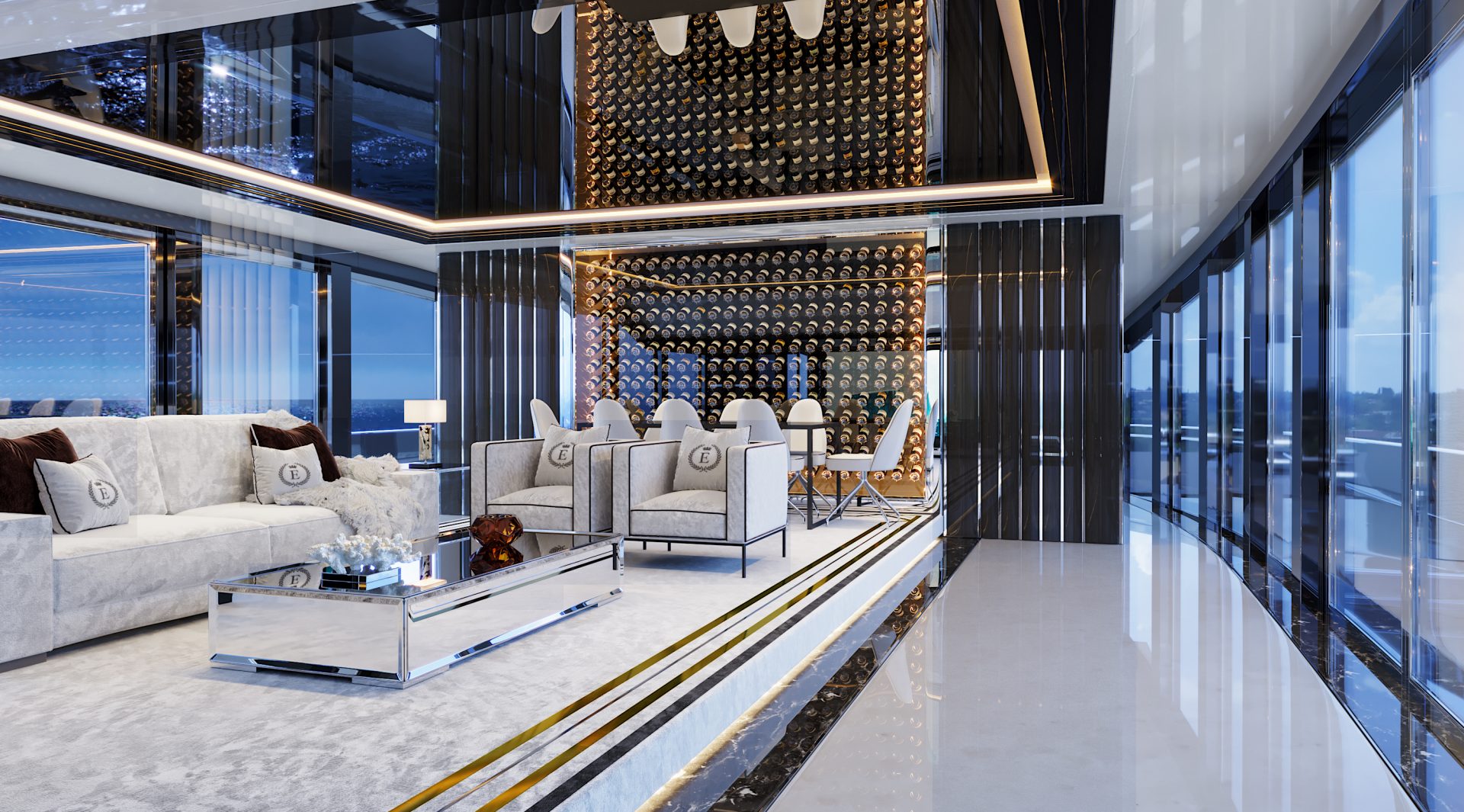 Celia Sawyer Interior Architecture and Design have been shortlisted for Interior Design – Concept Award in The International Yacht & Aviation Awards 2020.

Escalade is a new generation of power yacht, using a trimonoran hull, which is unique to this type of yacht.  The yacht designer, Baran Akalin, has given the exterior a very modern style, but still wanted the interior to be really luxurious. He left the brief quite open for interior designer, Celia Sawyer, but his main brief was that he wanted the interiors to show the space well and include fine, luxurious detailing to complement his design, and also to make the master cabin very inviting.

The main deck has a large raised saloon, of which Celia Sawyer used mirror and light colours to really show this space off.  She wanted to create a good flow throughout but did not want to see the galley immediately when entering the space. The designers created some screening which does not ruin the flow of the saloon, but more so, keeps the galley separate when dining. The dining area was created near to the entrance of the galley, for functionality, and both ends of this space were used to create “star pieces” such as the very large tv screen, and the wine chiller. Celia Sawyer also wanted to exaggerate the curve in the ceiling, as this is a very attractive design feature, hence the use of mirror to do just that.

The master cabin was quite a good size, which the yacht designer wanted to show, and featured impressive curves so that the furniture, which incorporated a dressing table, and plenty of storage, was built to follow the lines of the yacht.

Although the yacht is very modern, Celia Sawyer still wanted to bring in some “art deco” influences, which the designer did by creating the headboard, and a number of areas with ambient lighting such as along the chrome strips in the headboard, and also along the surfaces and under the bed to create an inviting and interesting space as the yacht designer had requested.