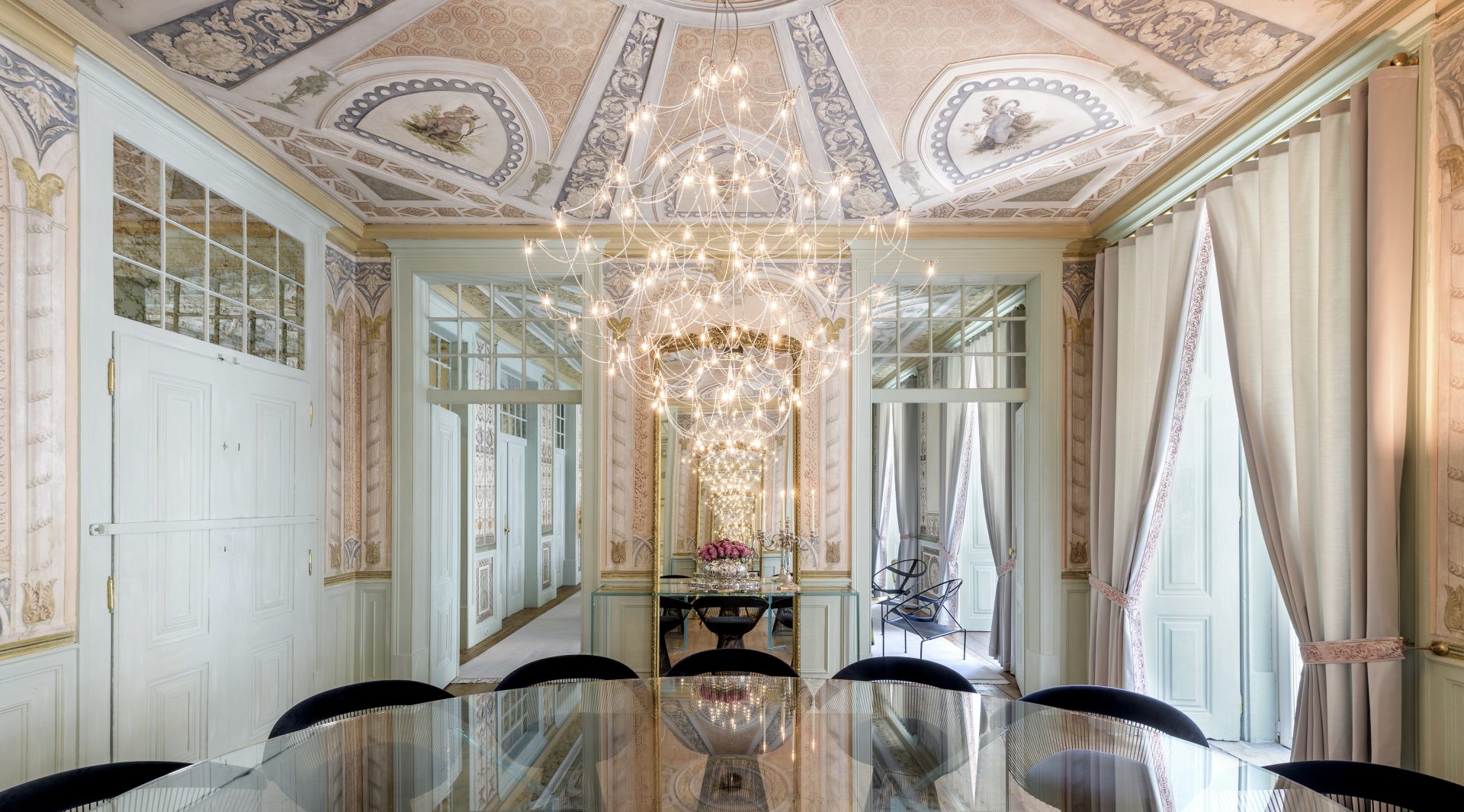 ESQVTA have been Shortlisted for Interior Design Scheme – Global Award in The International Design & Architecture Awards 2021.

When intervening in a space such as this apartment, one should not interfere with the existing architecture. More than to propose, it was necessary to omit, to refurbish and integrate. It was essential to intervene in this apartment in the most clean and silent manner to better respond to its new needs.

The building where this apartment is placed was originally designed as an Hotel Particulier. The apartment occupies the entire 1st floor, which was originally dedicated to the social areas – namely 11 parlours, one of which was used as a bathroom. As the social floor, almost all of the walls and ceilings of these rooms were decorated with rich mural paintings.

When the first floor was transformed into an individual unit of housing it was purchased by Pedro Espírito Santo. The apartment with its 11 large living areas was a perfect fit for the owner who was known to be the host of some of the most exquisite events in Lisbon. By 2019, the apartment gained a new owner, one who needed somewhere more adapted to a family structure. The new program had its base in preserving the architectural heritage of the property but also adapting it to this family’s needs – it goes from having, for instance, one bathroom to having six, without compromising the pre-existing features.

It was always the main concern, that the new should not compete or try to silence the architecture that was there to begin with. However, if the refurbishment was meant to be respectful of its seventeenth century heritage and discreet in shapes and choices of materials, in the interior design project a careful selection of twenty first century furniture pieces was selected to allow for a combination of the best of both times. History gets re-written with a new language and new pieces by maintaining the one main principle: a house to be lived. The atmosphere of the place is key and full of stories written through the centuries. The project was an opportunity to write a new paragraph of this story.