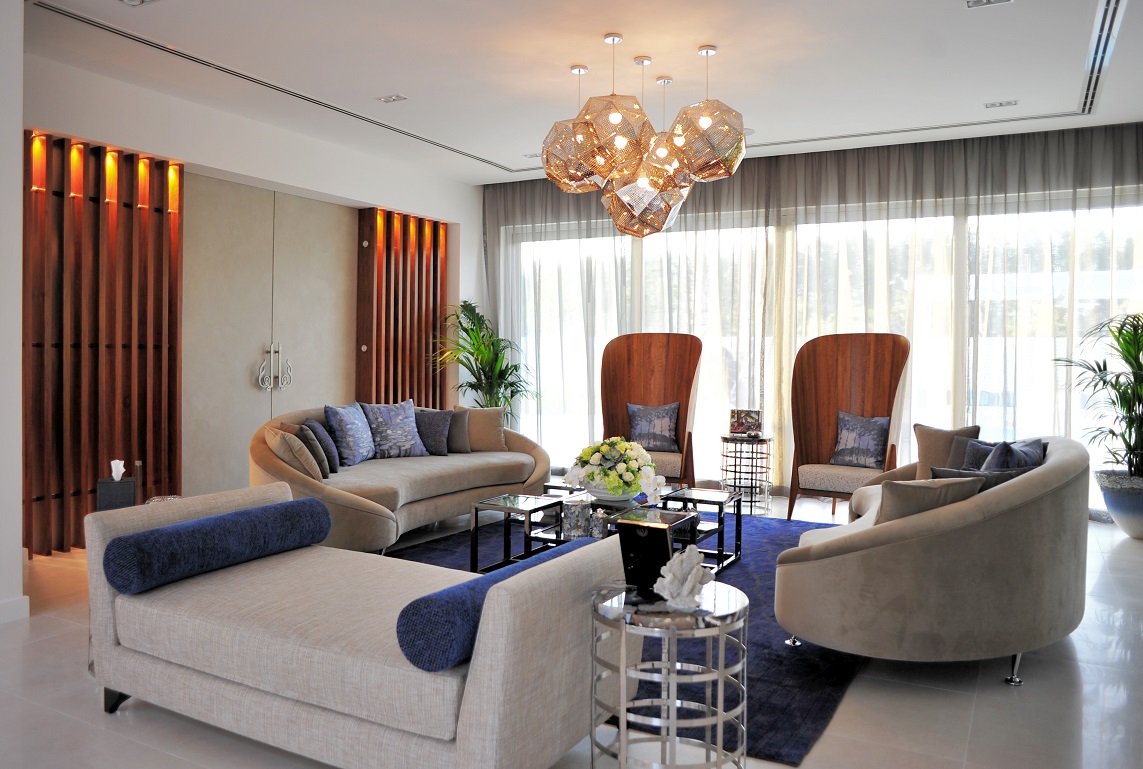 design et al are delighted to announce that Etcetera Living have been shortlisted for Residential £2.5-5 Million (Property by Value) Award within The International Design and Architecture Awards 2018.

This luxurious villa, located in Al Barari, Dubai, was intended for use as a modern family vacation home. The villa was designed for a private client, so the spaces needed to be eclectic and luxurious, the brief for this project was outlined by the client himself. The designers were instructed to create a home away from home, which would serve as one of his many holiday homes. Etcetera Living had an extremely limited time frame to execute this project, as the owner wanted to use the property in the summer, giving the designers less than 3 months from proposal to handover.

For this house, the owner wanted to move away from his usual style of homes which is traditional and arabesque to a contemporary, light, and fresh space. He wanted to incorporate elements like; wood, concrete surfaces, linens, and asymmetrical lines. The client required the space to be functional for his family including his children but keeping in mind that all living spaces should be modern yet eclectic, functional and luxurious. The children’s bedrooms had to be future proofed and suitable for use of adults as well, with the exception of the playroom. The brief for the play room was to go all out and make into a kid’s den.

As for the living spaces, the client wanted a semi divide between the living and the dining areas which could be opened or closed while entertaining. He wanted the living spaces to be functional and flexible. It was of utmost importance for the client to have an open plan, so that he would be able to have a seamless view of the television from the living area to the kitchen.

The key aspect and main focus of the project was the ground floor entrance, formal and family spaces. The areas related to one other despite it being formal and casual. Even though it was a large open space, each area had its own purpose and function. Depending on the scenario of his social use, he would have the flexibility to section it off having smaller, intimate gatherings, or open it up allowing him to have a larger space. Etcetera Living’s vision helped integrate an eclectic mix of contemporary and quirky elements into the design making the spaces comfortable, functional, modern, and aesthetically aligned with the client’s brief.