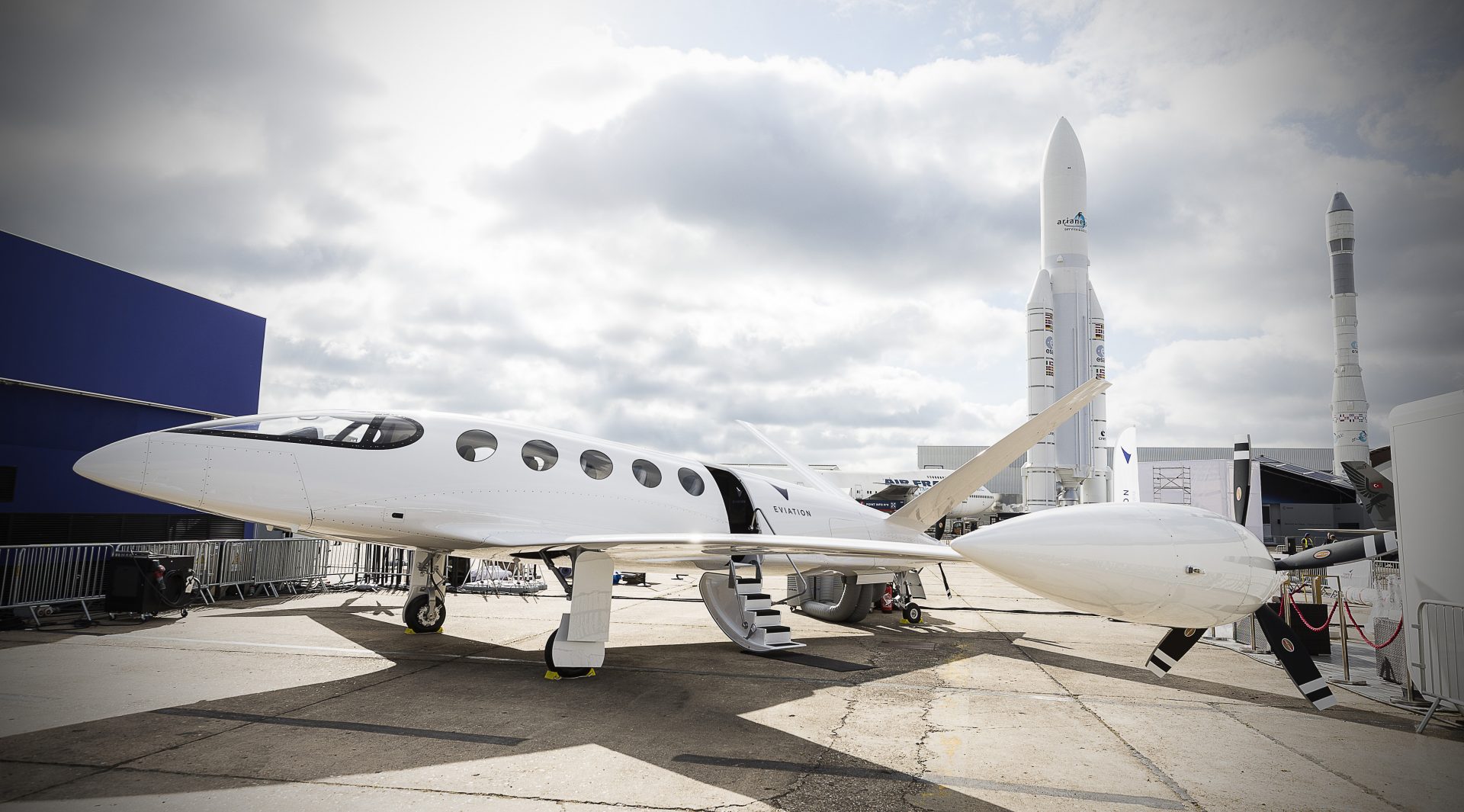 Alice is redefining regional commuting as the first all-electric aircraft. As transportation increasingly becomes electric, Eviation believe they have created and introduced a new type of aircraft to the industry for the first time in 50 years.

Alice is an all-electric aircraft designed to take 9 passengers up to 650 miles at a cruise speed of 240 knots. Its state-of-the-art technology leverages an IP portfolio that includes thermal management and autonomous landing, as well as distributed electric propulsion, airframe design, industry-leading battery technology, and cutting-edge composite body frames.

The interior is distinguished by a staggering reverse herringbone seating arrangement, with passengers angled towards the extra-large cabin windows. Each passenger has a living space that includes a large side console, small items storage space and a wireless charging point. Upon entering the cabin, the seats are aligned with the direction of flight for a wider aisle and facilitating passenger ingress, but after take-off they can pivot towards the window, allowing for greater privacy, increasing headroom and providing a spectacular view.

The cockpit proved to be a challenge, as the fuselage is heavily tapered towards the nose and the windscreen is unusually large. The design team developed a VR cabin and cockpit walkthrough experience to validate the proposed design solutions with Eviation before prototyping, bringing knowledge from different areas to improve the design processes.

Alice is powered by electric motors and all systems in the aircraft are electrically powered, enabling highly efficient and zero-emissions travel. The design intervention focused on new seats, the complete cabin interior including lavatory but also the cockpit interior, instrument panel and pilot seats. Even with an irregular cabin section, a modular system was developed for the manufacture and assembly of interior panels, allowing for a high-end aesthetic with feasible production processes.

Alice replaces aging, incumbent aircraft, which are expensive to maintain and operate, and offer an inadequate customer experience. Alice will not only redefine regional transportation by allowing commuters to circumvent road congestion, but it will also introduce emission-free, all-electric aviation. Building an electrically powered aircraft competes on all of the highest cost factors of the operational cost of the plane, fuel & oil and motor reserve. While the flight itself remains quiet and comfortable due to a composite structure built for electric integration, extreme propulsion, aerodynamic efficiency and flight stability, it still maintains zero emissions while in the air.