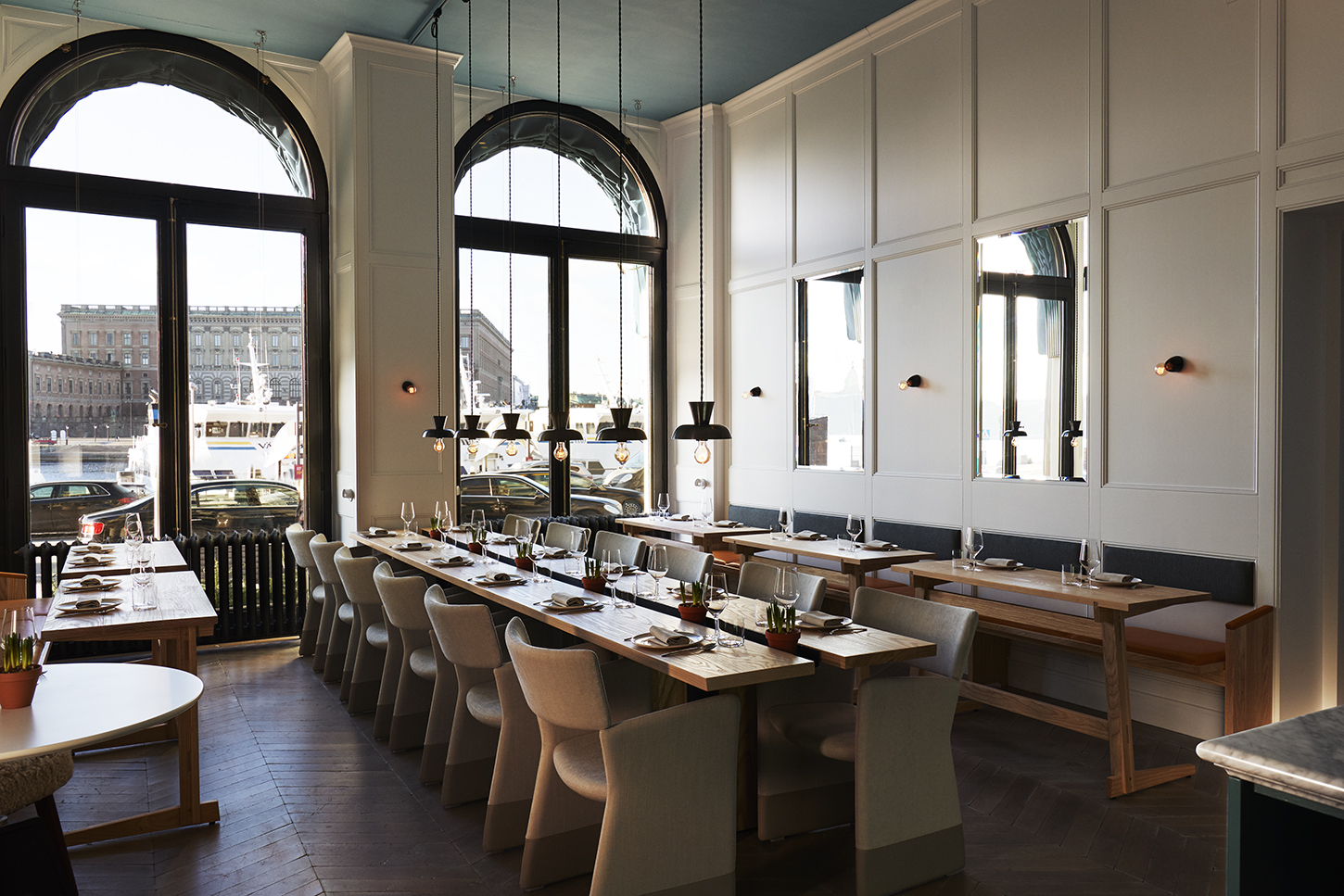 design et al are delighted to announce that Eye Interior have been shortlisted for Restaurant within a Hotel Award in The International Hotel and Property Awards 2018.

There are chefs who can fill seats based on reputation alone — lead actors whose legion admirers eagerly attend every opening. In Stockholm, that describes Mathias Dahlgren, a founder of the New Nordic Food Manifesto and a Bocuse d’Or winner who has earned a cumulative four Michelin stars at three restaurants to date. His new restaurant, Rutabaga, which opened in March 2017 has garnered particular interest not only for its location but also for its concept, to which its unusual name nods: 100 percent vegetarian. “After 10 years, I feel like it’s time for me to do something new,” said Mr. Dahlgren, seated in the renovated dining room, now a bright, welcoming space with cream-colored walls and sunlight streaming through large windows.

The formal old restaurant has been stripped away and replaced by a more casual style, with blond-wood tables and plates meant for sharing. The menu is lacto-ovo-vegetarian — some dairy products and eggs but no meat, fish or seafood. The restaurant’s name comes from the native Swedish root vegetable also known as “swede.” But Rutabaga’s dedication to produce is less about forsaking meat than it is part of a natural evolution toward flexitarian, or occasional vegetarian, eating. A plate, a simple glass of cutlery and an apple – that’s what was on the floor after Eye Interiors’ first meeting with Mathias Dahlgren, owner of the new Rutabaga restaurant, replacing the Matbaren at the Grand Hotel. Eye Interior is behind the interior of the now fully-vegetarian restaurant in Stockholm.

Newly, graphically, and “Back to the future” were the catchwords for the entire project. Today, the venue is filled with energy, speed and fellowship, and the guests are close to each other, known as unknown, in the simple yet playful sitting. The light tables in bright colours make the restaurant feel airy and spacious even though there are more guests in the restaurant than before. The environment with its ceiling height and wall panels creates an exciting contrast to the tight interior – a younger and modern feeling with rustic touches. The rooms have become bright, the materials are tighter and the furniture is more modern. The decorators have also divided the restaurant with a large glass parting in the middle of the room. Eye Interior is a Stockholm-based interior design company specializing in hotels and restaurants. Their philosophy is to create tailored, long-term solutions for customers both in Sweden and abroad.