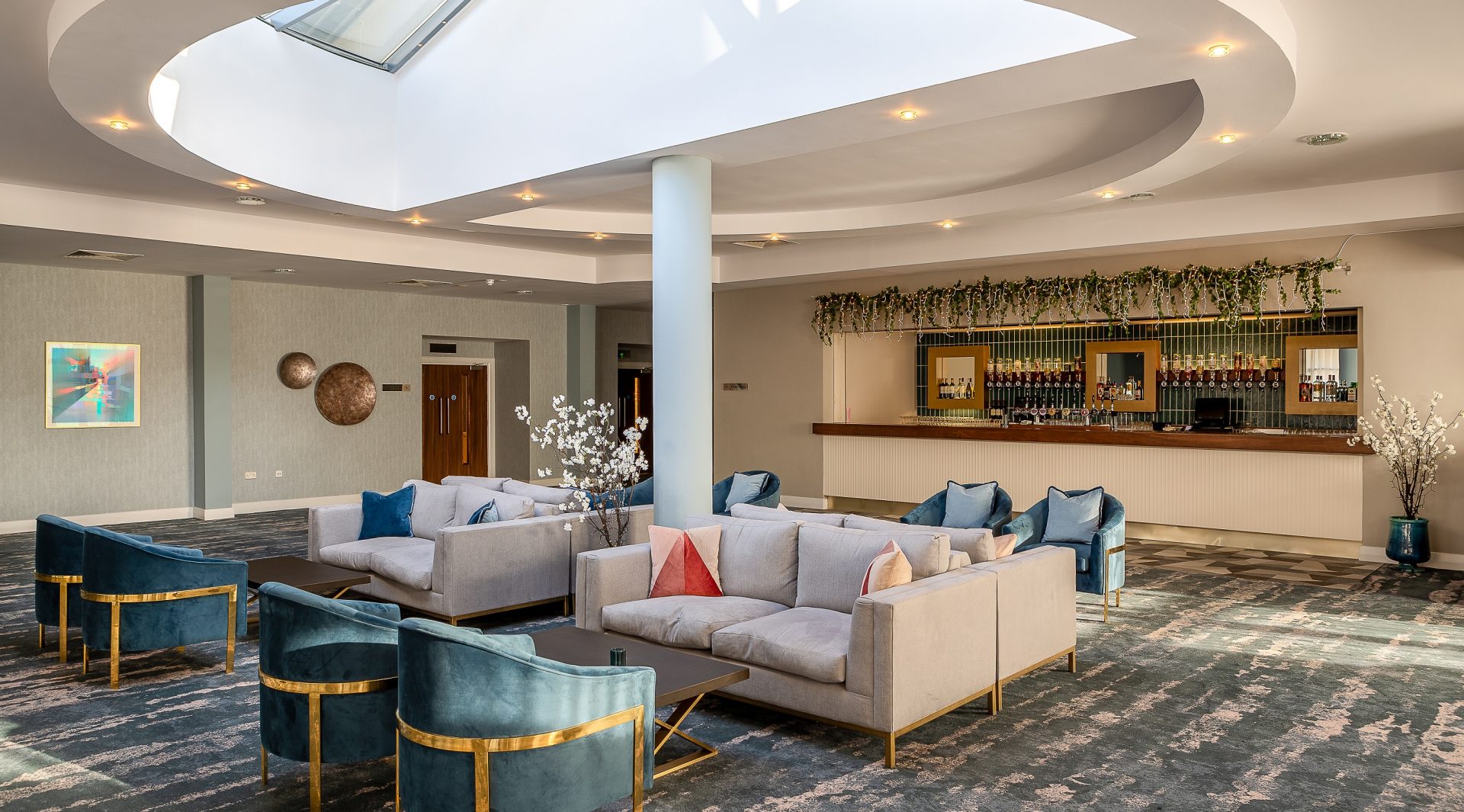 Audrey Gaffney Associates have been shortlisted for Hotel Under 200 Rooms – Europe Award in The International Hotel and Property Awards 2020.

The Fairways Hotel has been a part of the urban and folk landscape of Dundalk since the 1960s and, after being closed for a number of years, it rose again like a phoenix from the ashes in the form of a modern four-star hotel that was re-opened last November. The entire hotel was renewed and refurbished.

Audrey increased some of the bedroom sizes and essentially stripped it all back and started again from scratch. It’s now a 99% brand new hotel, even though it’s been there for so many years and it’s such a well-known hotel in Dundalk. The choices that were made in the re-vamp were, driven by what customers were seeking from a modern hotel and, in particular, what locally based customers were looking for in a modern hotel – for today and for the future.

The reception area is now inviting, which then leads to many other areas such as a bar and restaurant. This circulation was not present before and is not clearly defined for guest and staff and creates a more fluid operational flow to the spaces.

It is all about looking after the client and this is something, Audrey Gaffney have become particularly good at. The design is led very much by what the guest requires and their expectations. Time is spent talking to the sales and marketing divisions to understand what their requirements are in terms of how they want to market the hotel.

The Fairways re-vamp was a €12 million project that was instigated by successful businessman and former hotelier Pat O’Callaghan, who purchased the property in 2015, promising to breathe new life into the old hotel in his home region. This 113-room four-star establishment is his coming good on that commitment.

The greater influence was more local, it was more in the sense of ‘Dundalk’ rather than a sense of Irishness; it was more about giving Dundalk something to be proud of. When iNua came on board, their expertise made it clear the kind of high expectations that many Irish clients of the hotel would have.