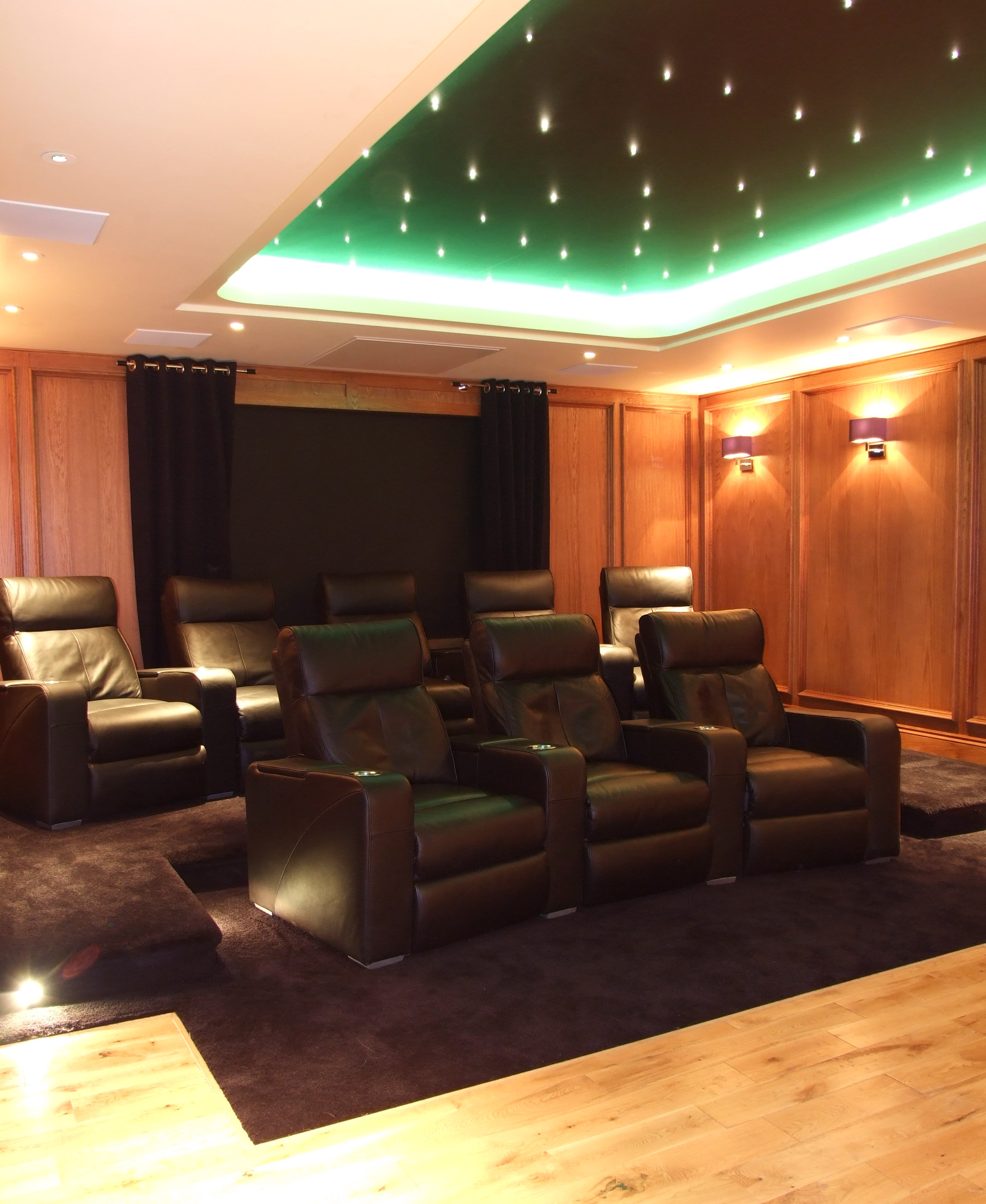 Home Technology experts, Finite Solutions, have been short listed for the Home Cinema award in the International Design & Architecture Awards 2013.

The client was looking for a centrepiece for the entertainment wing of his traditional country manor house, which already featured a bar, snooker room, swimming pool and his golf course club house. Previously the client had shown films on a basic pull-down screen using an old projector and stereo system in the bar.

The brief was different to most in that the cinema was to feel as much a natural continuation of the house as opposed to a distinct space, whilst still able to provide the high quality performance of a dedicated cinema room.

It was important that we designed a room that reflected the traditional style of his home and that it remained a clear, unobstructed route from the main house to the other entertainment rooms. It was clear that the normal ‘fabric-wrapped’ cinema room was not the answer and that this client needed to see the hand-crafted timber panelling and floors that appealed to him despite the obvious acoustic disadvantages. As such, we stripped the room back before fitting a rigid soft wood frame for the oak panels to fix to, having filled the cavities with high-density acoustic foam panels.

Whilst the timber flooring was continued through the front of the room that would see the most traffic, a heavy carpet was laid across the seating area. This approach ensured that the performance of the cinema system was not compromised by the nature of the interior fit-out.