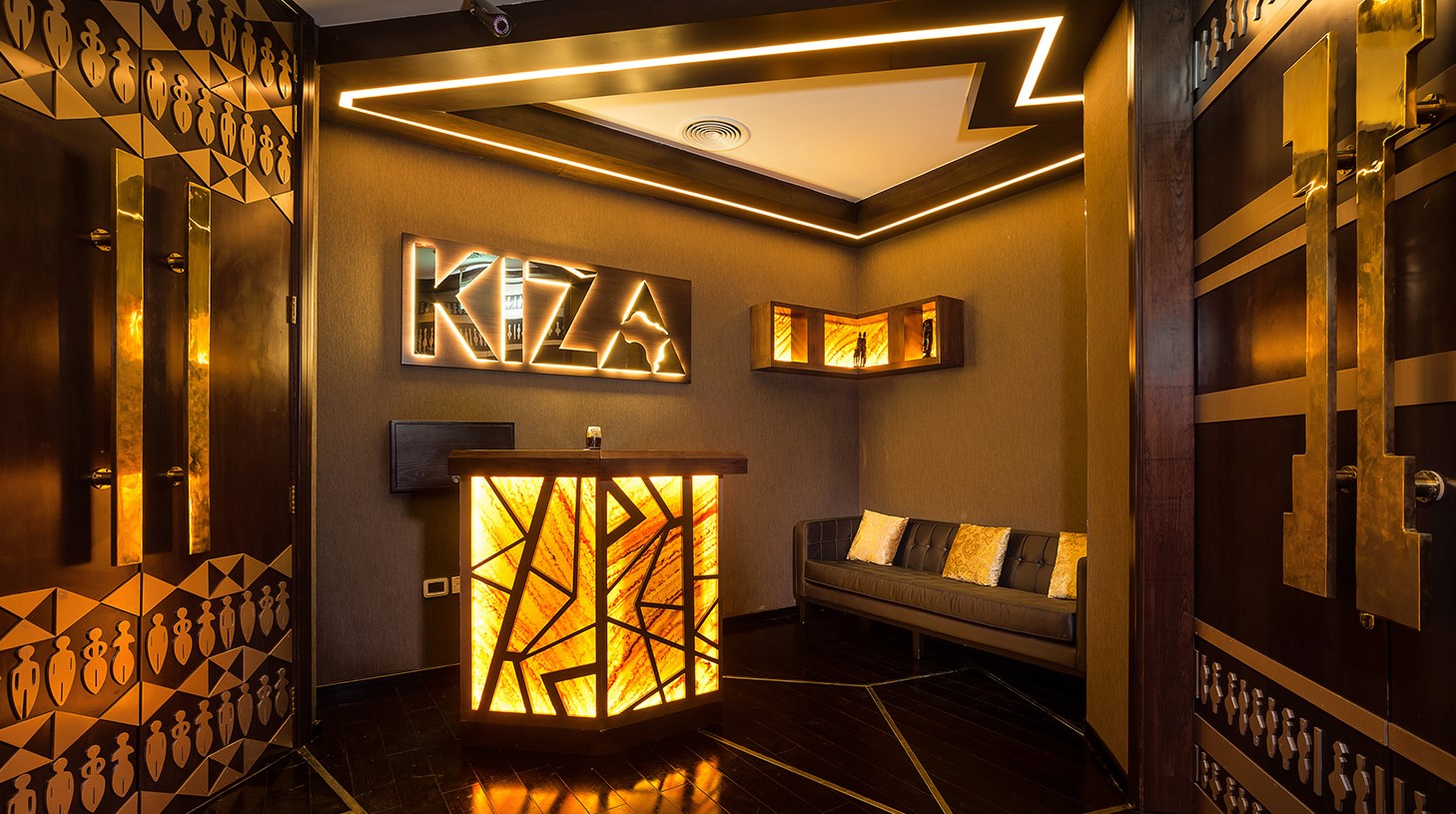 The First Ferry: Shortlisted for the Restaurant – Global Award in the International Hotel & Property Awards 2016

design et al are thrilled to announce that The First Ferry have been shortlisted for the Restaurant – Global Award in the International Hotel & Property Awards 2016. This is an African theme restaurant, bar and cigar lounge and Kiza is the brainchild of successful African businessmen who envisaged their restaurant would showcase the best of African cuisine in an unforgettable, nostalgic fine dining experience for those familiar with the continent’s varied cuisine – but also charm Dubai’s expatriate population with its food and music.

It would also showcase all that is proud and beautiful about the art and culture of a great and varied continent. Its logo, a proclamation of faith in a winning future, says “Tomorrow Africa”. The look needed to be distinctly African without being overly ethnic; the colours real and earthy like its people, the form flowing, expansive and infused with Africa’s heady rhythm, impressive yet inviting, communicating the strength and character of Africa along with its beauty.

The sprawling 8,000 sq ft restaurant has an unusually high ceiling that has been effectively used to create giant bent-bamboo pillar cladding reminiscent of the African baobab. The Baobab is known as the “mother” tree in Africa, its bulbous trunk storing thousands of gallons of water; its high foliage home to varied life forms; its tall and erect trunks mimicking the continent’s tall, proud women. Design-wise, this brings home the community aspect of Kiza – and everything else flows from it.

Well before one enters Kiza, without knowing anything about the nature of the restaurant, its intent is evident. Niches along its external wall feature works of African art, musical instruments, massive photos of Africa’s beautiful people and colourful dresses in a way that draws intrigued people inside. The inside too has obvious hints of Africa – but still manages to look more like the chic fine-dining restaurant it is.